Status
Not open for further replies.

Since I turn into a pumpkin after 8 at night (health issues), can anybody give me a synopsis of what happened last night?

Don't worry I'll watch it on the intergoogle later on today and make up my own mind. Just trying to get an idea of what you guys thought.
R

Just visualize what you would think would happen, even the extremes.

That’s nearly what happened, at least what I expected nearly 80% of it.

Personally after watching, I felt like I would like those two hours of my life back, but others may have some more useful commentary.

That's what I thought would happen, regrettably [sigh].

Hearing on the radio it was full of interruptions and insults. So much for Chris Wallace keeping things under control, poor guy.

He was a part of the Problem.

mazersteven said:
He was a part of the Problem.
Click to expand...

I'm watching it now. I'll get back to you.
J

It was a painful experience. Trump kept interrupting and being difficult for Wallace to control. Joe, I think did better than most expected but did have his thoughts get jumbled several times. It was 2 hours that likely swayed no voters and really did not talk about the future or provide any new learnings for the voters...Mostly rear looking banter.

mazersteven said:
He was a part of the Problem.
Click to expand...

I actually though Chris did pretty well. Both candidates were treated fairly and he certainly had is hands full with the interruptions.

Jeff R. said:
I actually though Chris did pretty well. Both candidates were Treated Fairly
Click to expand...

What was so bad??

All of Social Media last night was lit up saying it was Trump vs. Biden/Wallace 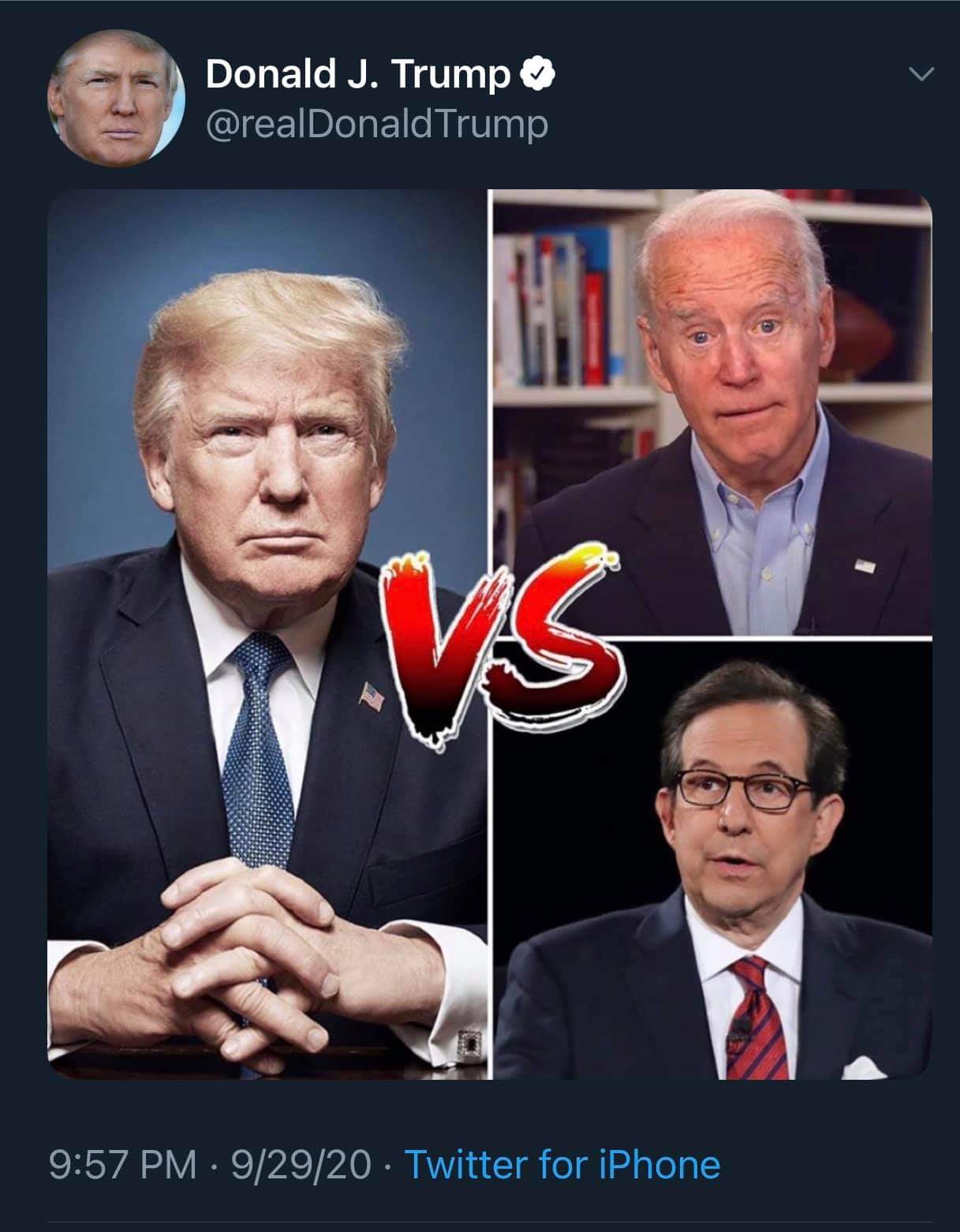 I am not on social media...

Internet message boards like this one is a social media.
J

Well. Ok. I guess you are correct. I would consider this a very light form since I don’t know anybody here in person and likely will not meet many at any point. Just a hobby we all share. I should say no Facebook, Twitter, Instagram, Snapchat etc...

Ponzio said:
Since I turn into a pumpkin after 8 at night (health issues), can anybody give me a synopsis of what happened last night?
Click to expand...

Bellicose and boorish, Trump trolled the debate stage. I wish I could claim those words as mine , but they were the title to an opinion piece in the Washington Post by Robin Givhan.

During the GOP Convention, Trump dismissed any effort at defining campaign planks. He has no policy, other than clinging to power. At the so-called debate last night, it was clear that Trump came to heckle. He certainly didn’t want to discuss his record.

As often said before, Trump is ill suited for the Presidency. 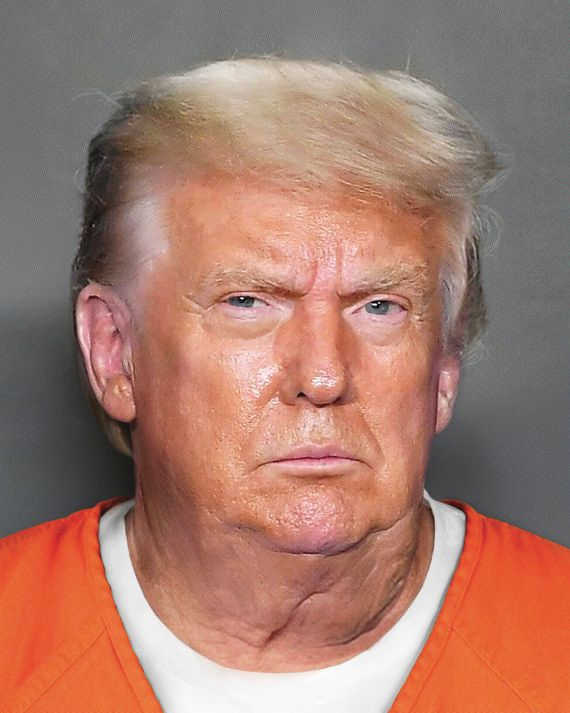 Don’t know what you guys were watching, this was 2016 Donald Trump x 10.
This in no way shape or form was a debate.
Like a teenager that wasn’t prepared, Trump railroaded the thing from the beginning. Has never had a plan in place for anything, that’s why you get the vitriolic responses.
One thing that would help... both mic’s should not be open at the same time. This is debate, not argument!

Debate is a format that arguments are made in.

When it’s Trumps time his mic should be switched on and Biden’s off, and vice versa.

Trump again appealed to his base thru fear and race baiting.

His refusal to denounce white supremacy. He told them to stand down stand by!

His attacks on Biden’s son’s especially the one that passed away.

His invalidation of any election results should he lose.

Hi non committal to a peaceful transfer of power should he lose the election.

Non of you would accept this behavior in your homes or jobs.

You elected an boorish reality tv star based on his ability to shout, “you’re fired!”

To make this work they needed both candidates in separate rooms with their mic off when it was not their turn. The self control of a 3 year old was what I saw.

VMPS-TIII said:
To make this work they needed both candidates in separate rooms with their mic off when it was not their turn. The self control of a 3 year old was what I saw.
Click to expand...

His inability to answer yes or no questions is on par with a 3-6yo. I have three of them so I know too well.

A few words came to mind while I watched the debate … if that’s what you want to call it … ‘a hot mess’, ‘food fight”, ‘undignified’ and ‘shameful’ and a few other choice words.

No moderator, short of god himself or brandishing a pistol, could’ve stopped that fiasco last night. What a waste of time for my country and myself.

I’ve been mulling over changing my Independent registration the last 4 years … I have voted for both parties at one time or another; the corruption, influence peddling & graft in both parties are pet peeves … but that train has now left the station, possibly for good. As soon as it’s safe to do so I’m going to change my party registration.

I’ve always thought and knew … I was a tele-com sub-contractor at his casinos … how personally & financially bankrupt Trump was but I thought the presidency would change him, like it has every other president. Campaigning and the reality of the office are two different animals. He talked about fixing our broken infrastructure, an issue close to my heart, winding down these ‘endless wars’ with no end game or goals. I wanted him to succeed, personality issues aside.

Instead his megalomania has only gotten worse, the nepotism and the inevitable profiteering completely disgusts me, he’s catered to our enemies whims (Putin, Erdoğan, etc.) and abandoned our allies (NATO, Kurds, etc.) and the vast majority of Republicans not only enabled him, they cheered him on.

Meanwhile COVID-19 rages on and he’s worried about how it impacts him and not a scintilla of empathy for anyone but himself. Race relations have reached an all-time low and he stokes the fires. An inefficient broken health care system, for which he or the Republicans have no answer to or a plan to fix or address it … ENOUGH!

Ponzio said:
Since I turn into a pumpkin after 8 at night (health issues), can anybody give me a synopsis of what happened last night?

Don't worry I'll watch it on the intergoogle later on today and make up my own mind. Just trying to get an idea of what you guys thought.
Click to expand...

I didn't see much, but it seemed to be:

BTW, shutting off the other guys mic, when one of them is asked a question, is a great idea.

Status
Not open for further replies.