What are you playing right now...

Resident Evil 2 2019 remake. It was on sale dirt cheap because of the release of RE3 remake and it had good reviews. It is pretty darn good, though still has one of the frustrating aspects, the scarcity of ammo. I get that the idea is to keep tension by making you think and plan, but unless you already know what's next, it just makes it tough. Like you get stuck, finally just unload everything to beat that part and then don't have what you need for the next segment. That's frustrating, but the game still ends up being a fun distraction. The updated graphics (uses the RE7 engine) are excellent and the modernizing of the gameplay is appreciated, though your movement is still relatively slow compared to a typical shooter. This is not a shooter lol, because a shooter you would have plenty of ammo.

Also started playing, after 3 years of not playing it, No Man's Sky! I cannot believe they are still releasing updates for it. I read an article that they added MECHS to deploy on planets, so of course I had to fire it back up. Still as slow and plodding as ever, but even BETTER graphics (now supports 4K) and much more functionality. Since I had missed many updates, I have lost some things I had - it shows up as "obsolete technology" that I have to remove and replace. Though they pay you for those things, getting back what you had is a little more complicated. Other than having millions of $$, I had to almost start from scratch. This game is still fun, especially during shelter in place.

I have so many games that I have purchased recently that I am having analysis paralysis on which to play!
Here is a list.
Greedfall
The Division 2
Breakpoint
Mount and Blade 2
Enderal (full skyrim mod)
Screw it, will go watch some reality TV so I will feel less depressed about my plight !

I was just gifted Doom: Eternal and haven't gotten very far yet.

I'm killing it at Clash of Clans still tho! 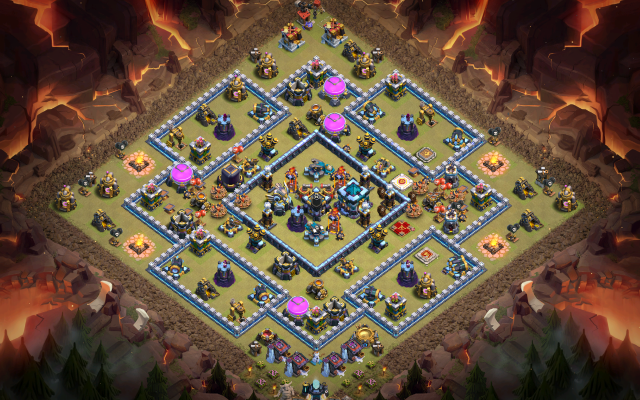 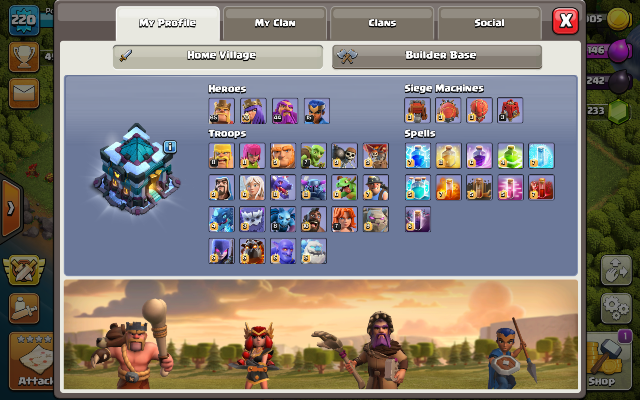 I'm almost completely maxed out. For perspective I've had this same account for 7 years now and have only maxed out a couple of times. They keep adding levels, challenges, troops, defenses, etc.. Seems like every time I get close they add more shit, lol. In fact they just did! We got another update a couple of weeks ago.

I stopped playing CoC at TH11, a little over a year ago.

NINaudio said:
I stopped playing CoC at TH11, a little over a year ago.
Click to expand...

I'm playing all the old school mario games. My kids have become obsessed after finding some youtube videos.

panteragstk said:
I'm playing all the old school mario games. My kids have become obsessed after finding some youtube videos.

I even got them into the old (terrible) mario cartoon from the late 80's
Click to expand...

On Switch? There's a lot of great NES and SNES games available for subscribers. I was playing Punch Out and some old Zeldas on there

j_garcia said:
On Switch? There's a lot of great NES and SNES games available for subscribers. I was playing Punch Out and some old Zeldas on there
Click to expand...

No, I'm using emulators on my PC and nvidia shield TV.

Playing Mario Sunshine that was for the GameCube.

Sold my Xbox one X while it was still worth money to put towards the Xbox One Series X. So PS4 Horizon Zero Dawn. Completed that, looking for something new now

Streets of Rage 4, Old School Genesis game with a great update and new missions. A lot of fun!

I just started playing Red Dead Redemption II and I really like it. Will see how it goes later on.

Playing Last of Us 2.

Sealman said:
Playing Last of Us 2.
Click to expand...

Noice! Just finished that the other day! I’m waiting for Ghosts of Tsushima next week.
V

"When the power of love overcomes the love of power, the world will know peace."
V

Trophykage said:
Noice! Just finished that the other day! I’m waiting for Ghosts of Tsushima next week.
Click to expand...

Is it bad like most of the people say?

Personally I don't think so. I feel there are pacing issues and some narrative choices I don't fully agree with, but I still really enjoyed the game. Probably one of the best looking games this generation, with top quality motion capture/ acting, and awesome combat/ world building. I think a lot of the hate is just overbuilt noise, just like there is when things are overhyped. I would recommend a play-through at least.