Having just rewatched Enter the Dragon I keep seeing this thread title and thinking about Bruce Lee as the regular version and Bolo Yeung as the beefed up version....weird, I know....

little wing said:
These look interesting. Especially now that you can set YPAO to address lower frequencies only. Although I never had an issue with Yamaha's room correction at all. I go in and just change speaker size to small and set the crossover to what I want. It is normally spot on with distance. A lot of stuff sounds good with the through or manual setting anyway.
I guess when my 3060 burns out I'll look at the A6A or whatever... Strange damn naming convention though. I don't get it. For now I still love my 3060. Looks great, plays great.
Click to expand...

Your going to be waiting a long time and will most likely miss the next two release cycles. I retired a perfectly good working RX-V1500 (NO HDMI) because it had no HDMI.

The only reason for me to upgrade, is to get more channels. My RX-A2040 is still performing perfectly fine after ~6 years, but I want to be able to run a 7.2.4 set up, which it cannot.

iraweiss said:
Where did you see that? Nothing on the Yamaha site, online comments, YouTube videos or manuals details any limit to the number of 4K 120hz inputs and outputs.
Click to expand...

I spoke directly to Yamaha. First they said 3 in/1 out but they linked to the 2020 avr's then I got mixed answers. One person told me very clearly that the A4A, A6A and A8A only had 3 in/1 out. Thats when I posted that. I then got an email from them saying that all in/out did 4k@120hz, so I have no idea at this point.. and neither do they it seems.
S

SB_Woo said:
I spoke directly to Yamaha. First they said 3 in/1 out but they linked to the 2020 avr's then I got mixed answers. One person told me very clearly that the A4A, A6A and A8A only had 3 in/1 out. Thats when I posted that. I then got an email from them saying that all in/out did 4k@120hz, so I have no idea at this point.. and neither do they it seems.
Click to expand...

The three ports supporting HDMI 2.1 features were mentioned a few times online so it’s understandable that there is some confusion. Here is an example from CNET. Notice the line separating the first three ports and the other four. This line is present on the RX-V6A/TSR-700 and RX-A2A. It is not present on the A4A, A6A and A8A. Even if that was the original plan, it makes more sense to have one board for all now that they will be replacing many of them. We’ll see. 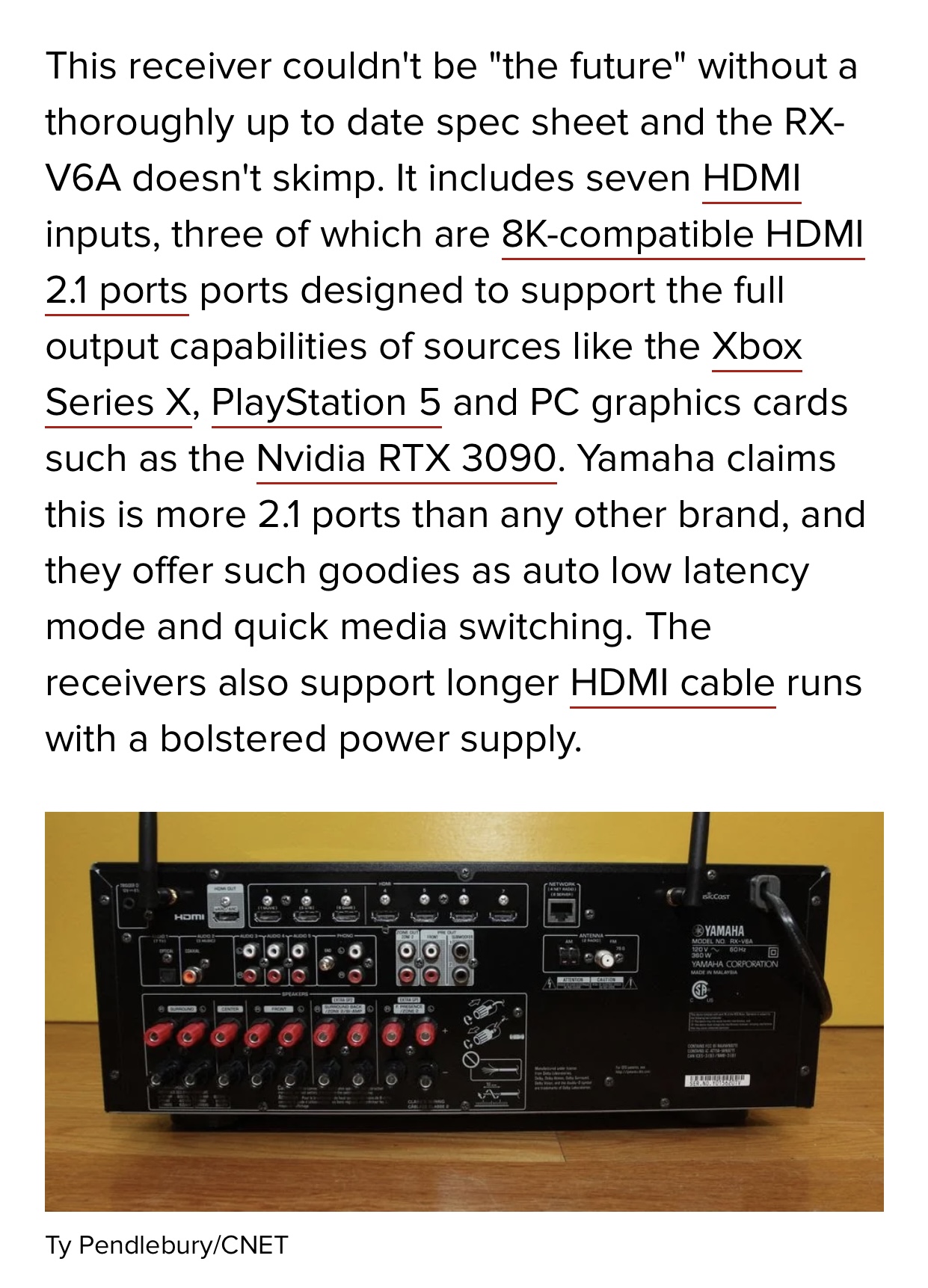 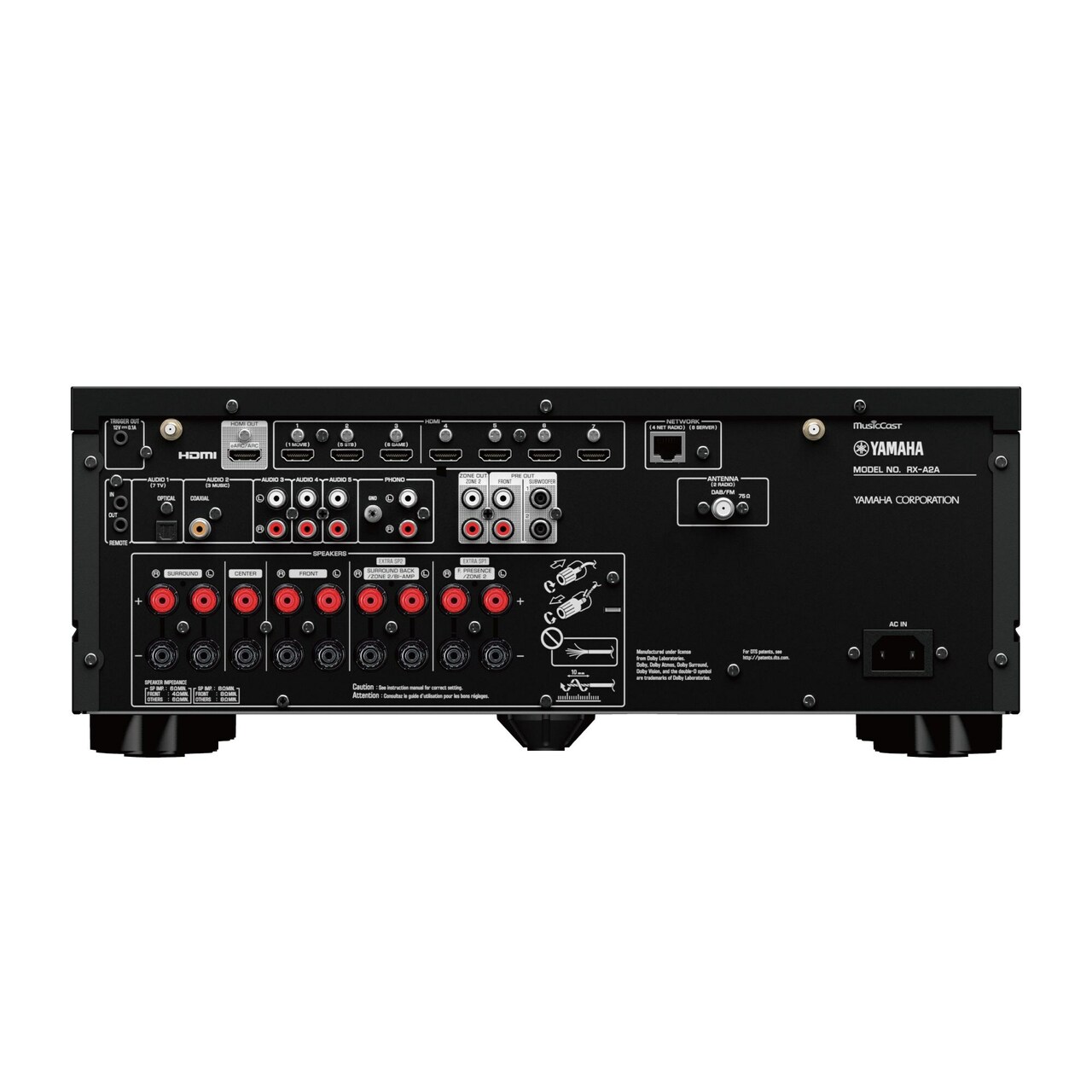 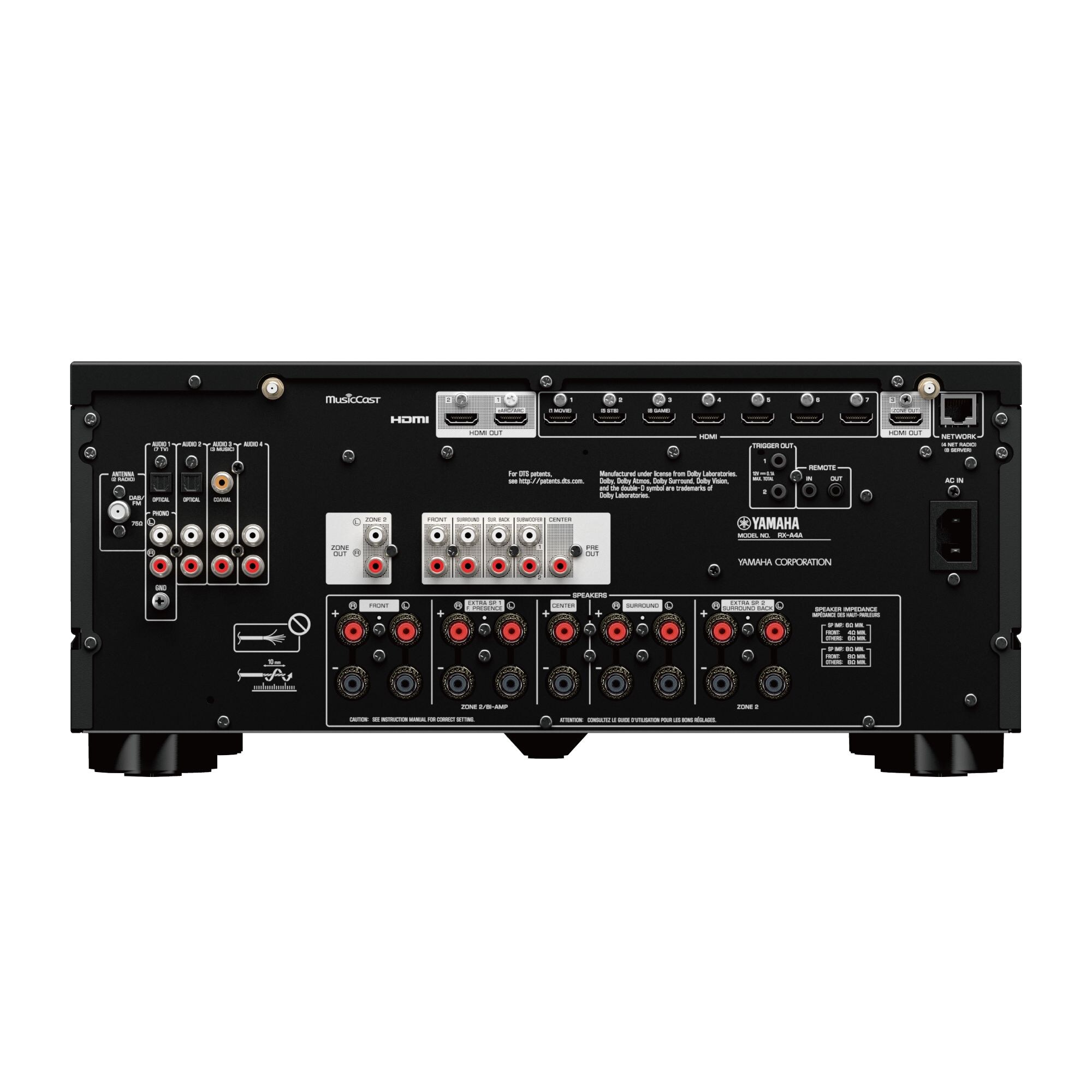 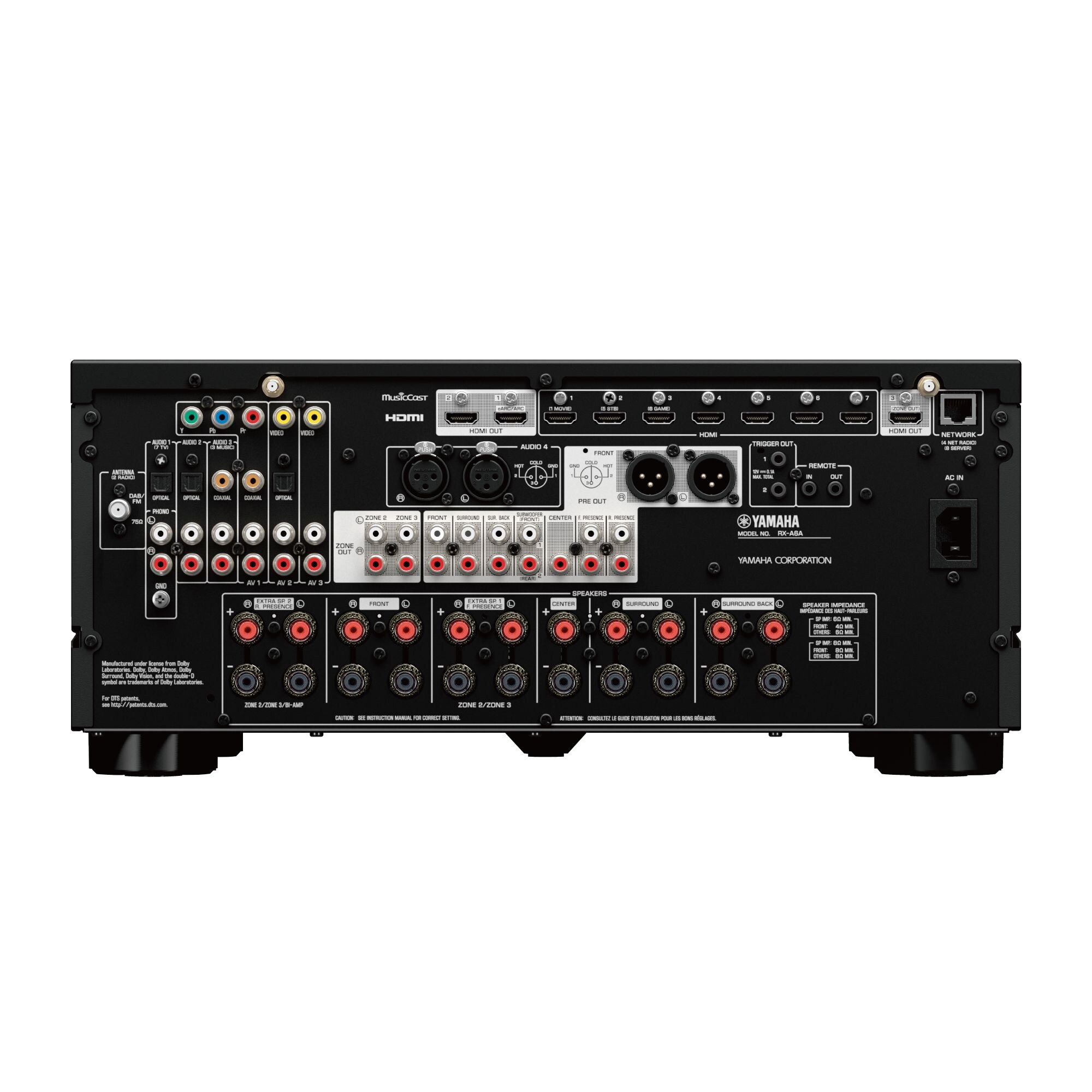 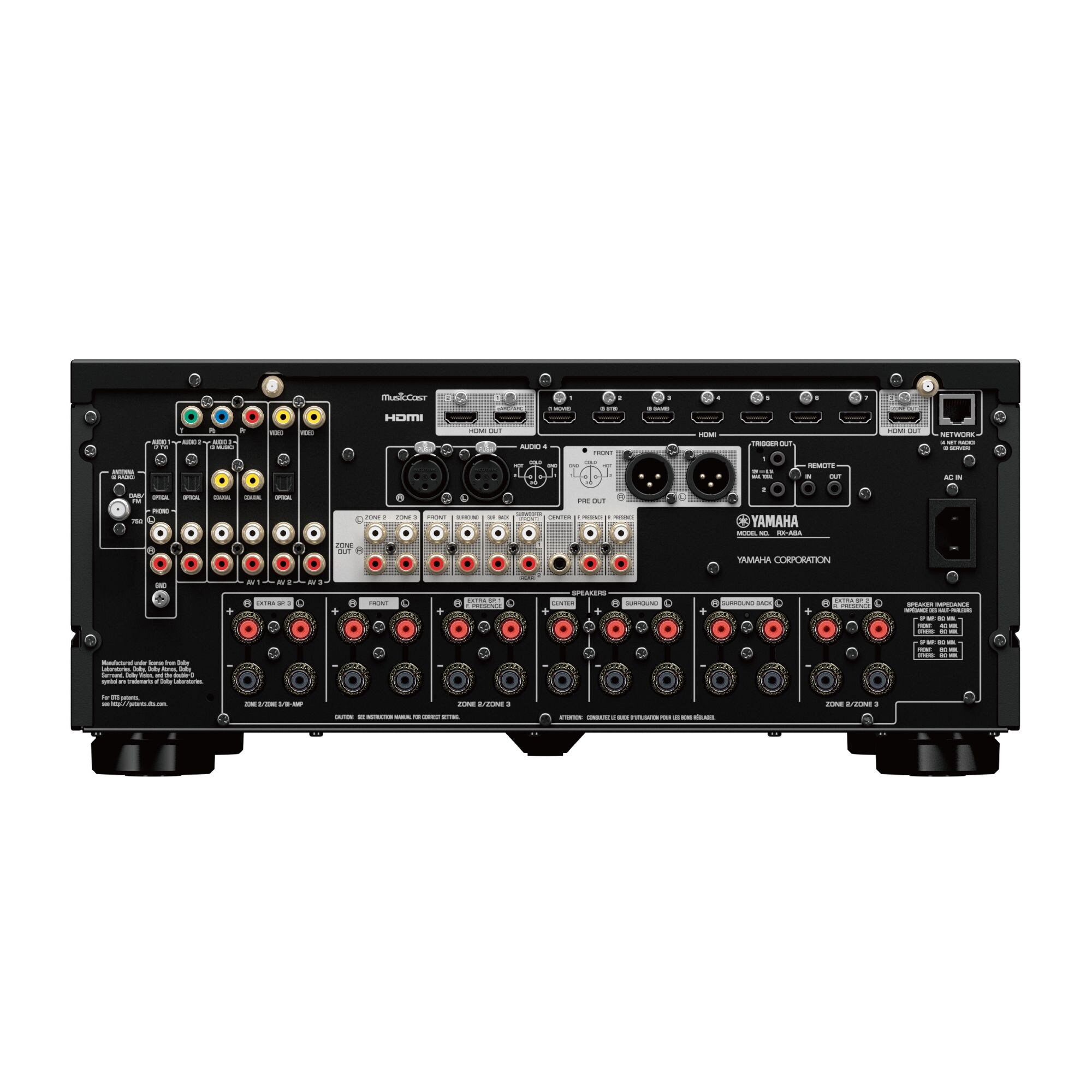 gene said:
I'm going to be testing the RX-A6A soon. I'm not in a race with AMIR as I have way too much going on with the AHSmarthome to be as efficient as he is at generating content
Click to expand...

Gene, I watched your latest video on amplification Friday night. Very educational and entertaining at the same time. In light of your measurements of the RX-A860 and it's preamp output performance, it is critical for those of us considering external amplification to know how the RX-A6A performs either via the two channel XLR outputs or RCA outputs.

And HAVE A GREAT VACATION!
P

3db said:
Until someone tests these beasts properly, all we have now is speculation...which I'm about to add too.
Some of the extra weight comes with the additional 2 channels of amplification added in and above the 3080. Whether or not the transformer in the power supply follows suit is yet to be determined. Did Yamaha ratio up the existing transformer to meet the additional load of the 2 channels or did Yamaha actually go beyond the ratio and add some extra capacity in the transformer? Same question applies to the main filter caps in the piwer supply. It would also be nice if Yamaha wasnt so dam conservative on their protection circuitry... just to add more capacity in the ACD test.
Click to expand...

To add to your speculation on the weight and power supply parts:

The difference in weight between the 3080 and A8A could be as little as 4.9 lbs or 7.3 lbs. It would be 4.9 lbs if we assume the A8A's manual's 47.2 lbs is for the 220 V models and for some reason they forgot to include the figure for the typically lighter "other" versions (they did in the A6A's and A2080/A3080 models. Each of the features noted above most likely would add just a little more weight but they all add up to something more substantial.

So (just an assumption), the A8A may potentially measure 13 (more likely) to 22% (unlikely) more output on the bench than the A3080 depending on the load conditions (such as 2,5,7 ch driven, 8, 6, or 4 Ohms etc.) and the distortion level permitted for the test. Regarding the 4.9 to 7.3 lbs difference, I think more than half (say 70%) of that could be accounted for by the difference in the physical features and the 2X150 W power amps. The rest of it could be due to a larger transformer that has more mouths to feed. The caps may be larger too but I doubt it would add more than 0.25 lbs as they will be only two pieces.

While it is good and important to see actual bench measurements, it can be fun to speculate too.
Last edited: Jun 2, 2021
E

Hopefully the protection doesn´t activate limiting power output as easily as in the past ranges when Gene will run ACD tests with the new A6A/A8A. Tired of the ACD battle and we know certain people will attack Yamaha right away...

The new model has 7 bands as opposed to 4 bands for the old model, all in the 15,6hz - 250hz range, this was mentioned in German forum. I`m going to put pressure for Amir @ASR when he get`s Yamaha on hand and he will do full YPAO review which he should have done already so we will see how it corrects the cheap 2.0 Revel Salon system in living room. We still need to see how it corrects subwoofer in-room or will it still need external eq tool.
A

I set up an RXA2A yesterday replacing an older DENON. It sounds more lifelike, less muffled. The client is very satisfied. Now, if we can put our hands on the A4-A6 and A8 models, we will be in business.
I do use ANTHEM electronics for my own system (MRX720 receiver and MCA325 power amp) and I can't be happier.
Waiting for you to do the evaluation of those Yamaha receivers.
Great job Gene.

I keep dropping by Audioholics hoping to spot a review or hands on of one of the new Yamaha's. Anxiously awaiting word.
S

Pretty sure the two top models come out in August.
P

AlainB said:
I set up an RXA2A yesterday replacing an older DENON. It sounds more lifelike, less muffled. The client is very satisfied. Now, if we can put our hands on the A4-A6 and A8 models, we will be in business.
I do use ANTHEM electronics for my own system (MRX720 receiver and MCA325 power amp) and I can't be happier.
Waiting for you to do the evaluation of those Yamaha receivers.
Great job Gene.
Click to expand...

You better be! Hopefully by next week Gene is doing the Yamaha interview so we get more "inside" information about the new units, Ypao, when new processor is coming etc.

I’m in for either an A4A or the new Onkyo RZ-50, whichever reviews better. Anxiously waiting.

These Yamaha receivers are dope!

the A2A and a4a look interesting for the price. Lets just hope they get the software right after the debacle that was the V6A/TSR-700.....I've never seen a device with such glitchy software (the dolby Vision black screen issue drove me mad).

If they fix the firmware and had the proper 2.1 ports (not Yamaha's fault, all the 2020 mfgers got screwed on that front by Panasonic) then this would be a worthy contender

I just pre-ordered the Onkyo TX-RZ50 from AV Science. All indications are this unit supports full HDMI 2.1 features on 3 inputs in the real world, out of the box. No wishing and hoping and waiting for some future firmware update with no timeframe from Yamaha at almost twice the price.
You must log in or register to reply here.
Share:
Facebook Twitter Reddit Pinterest Tumblr WhatsApp Email Link