j_garcia said:
Sorry, I don't. Accessories for Less might be able to tell you since they're an authorized yamaha service center.
Click to expand...

Seems like it did not come with a ypoa mic originally. I guess it's set up manually?

afterlife2 said:
Hmm what manual lens is that? I was big on photography, but haven't bought anything in a while. I have an older Canon 7D.
Click to expand...

davidscott said:
Great price if you only need a 4 foot run. I have a monster THX 15 footer from about 10 years ago that I never used since I live in an upstairs apt and never purchased a sub. But in the future who knows? But that is a great price for sure...
Click to expand...

In my living room I think I have a 8 or 10 foot one. This will be used in my small bedroom with the Onkyo 8 inch sub I got from the thrift store recently, not a long run.

afterlife2 said:
Seems like it did not come with a ypoa mic originally. I guess it's set up manually?
Click to expand...

Could be. That was my dad's, not mine, and I picked it up used so I never had a mic (whether or not it came with it lol). I did set it up manually.

j_garcia said:
Could be. That was my dad's, not mine, and I picked it up used so I never had a mic (whether or not it came with it lol). I did set it up manually.
Click to expand...

Yeah I never noticed it had no plug for the ypoa. Eh I'll play with this weekend. Thanks JG.

Those meade Plossl eyepieces are quite nice. What kind of telescope are you pairing it with?

Darenwh said:
Those meade Plossl eyepieces are quite nice. What kind of telescope are you pairing it with?
Click to expand...

Thanks for asking. The telescope is a Celestron Inspire 100AZ refactor that replaced my Celestron Cosmos 60AZ. It came with Kellner eyepieces that I am replacing with Plossls. 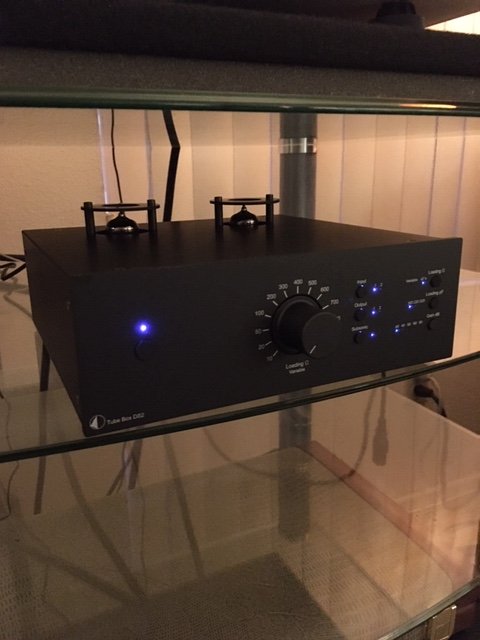 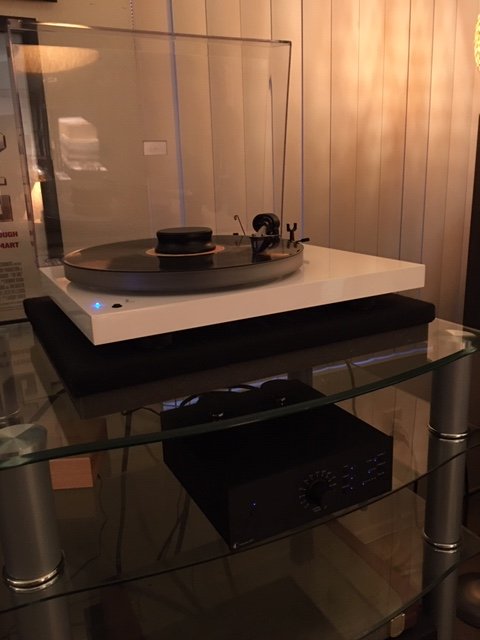 That's the way to do it, Magoo!

As long as you're crucialing your crucial you should be crucialed.

Big spend on high-end cables that will transform my system. Or, a couple bucks on one little wire that'll look pretty next to the nearly as cheap Audioquest Evergreen interconnects I bought last week. And even my dealer offered without prompt that he's never heard a lick of difference from a solid-core silver wire vs. coat-hanger.

KEW said:
That will be a fun sub for HT, but I think you will find others much cleaner for music.
I have not heard this sub, but I did help out a guy who (on advice from AH and AVS) bought a RA 18" sealed sub (paired with the RBH Impression speakers) and he was upset that it did not put out as much powerful sound as his neighbor's cheap Onkyo sub. I spent some time listening to his system and it sounded pretty fine to me. His neighbor came over (they were buddies) and I started asking questions and he agreed that he heard much more detail on this system than his own and ultimately they both came to the realization that having a lot of indiscriminate power down low might not be the ultimate objective, after all!
Thus my expectation is that this will put out some serious SPL without much control over the FR. However, that was the 10" model.
Either way, at $18, you can play with it, learn a little, and flip it for $25 on Craigslist if you don't like it, so I would still consider that a win!
I drop by my local GoodWill periodically. I like yours better! I might see the same type of good stuff, but that would be over a matter of weeks, not on the same day.
The first things I do on a sub is look for a crossover control - generally not interested if it is not there as it was probably part of a sub-sat kit or HTiB. However, I kept seeing a bunch of Sony subwoofers go though (somebody must have sold a ton of them) - they are silver and close to a cube in shape. I was looking for a sub to pair with some 4.5" PreSonus monitors (with a sub output) I use for hotel when I travel by car. I looked up the spec for the speakers and for the sub and they were a decent match. I was very happy with the end result as I wanted something that could knock around in my trunk without my being upset if something punched a hole in the driver.
I also got a second to go with a $900 MSRP Yamaha "Sound Pojector" soundbar that I got for $20 at GW. I gave the soundbar to a friend who would never have a real system in her living room. That was a good find because while it was not as good as having a decent stereo, In stereo mode, it really was a pretty nice sound except for the bass. IME, all of the surround sound and other gimmick modes sounded very unnatural (although they were not so offensive and did add some depth in HT content. I was rewarded recently when she commented on how she would go to someone else's house and realize how crappy the TV speakers (or a very cheap sound bar) were in comparison! In neither of these cases was I looking for exceptional bass, just something to provide a little more depth to "size compromised" little drivers, and the ugly silver Sony did a decent job of it (fortunately, it was small enough to be hidden inside the console under her TV - generally a bad location given the 150Hz XO (IIRC), but in this case, the question is simply "is it better with or without", and for HT, the Sony definitely made a beneficial contribution!
It looks like you are set, but I would also keep an eye out for Sony BDP and look for the SACD symbols on them. Checking the back for HDMI is one of the first thing to look for with any DVD player. These Sony players seem to be pretty reliable and are by far cheaper than trying to find a CD player with SACD capability!
On AVR's, also look at the back first to see HDMI, Toslink and if it has pre-amp outputs - you can get a pretty good evaluation of whether it was a mid-range or high-range based on this info. And then there is Google to get more specific if it passes these "first pass" tests.
However, my best find was a ProForm treadmill for $45 (a lightening strike took out my old treadmill). My daughter runs cross-country and this is a solid pro machine that could handle 300+ pound football players working out, so it should last forever for my daughter (as long as she always unplugs it)!
Click to expand...


Reptilians invading in year 2025
Tesla spoken to them

KenM10759 said:
Big spend on high-end cables that will transform my system. Or, a couple bucks on one little wire that'll look pretty next to the nearly as cheap Audioquest Evergreen interconnects I bought last week. And even my dealer offered without prompt that he's never heard a lick of difference from a solid-core silver wire vs. coat-hanger.
View attachment 33443
Click to expand...

I have some even cheaper Audioquest Towers between my cd player and receiver. Same internal construction but not as pretty. Overall some decent interconnects that replaced my aging entry level Monster Cable 100s. I actually did hear a difference but I think the monsters had some internal damage from multiple moves.

What cart are you using on that project TT? BTW that setup is sure pretty.

davidscott said:
What cart are you using on that project TT? BTW that setup is sure pretty.
Click to expand...

it's in the signature

Your turntable, cartridge, and phono amp are all pretty damned nice. I think they beg for a separate amp and speakers in a dedicated 2-channel system.

Visited my local record store for some Jazz. Found this one, so glad it indicates it's a stereo DISC, people could confuse it with a cassette, CD, or 8-track. 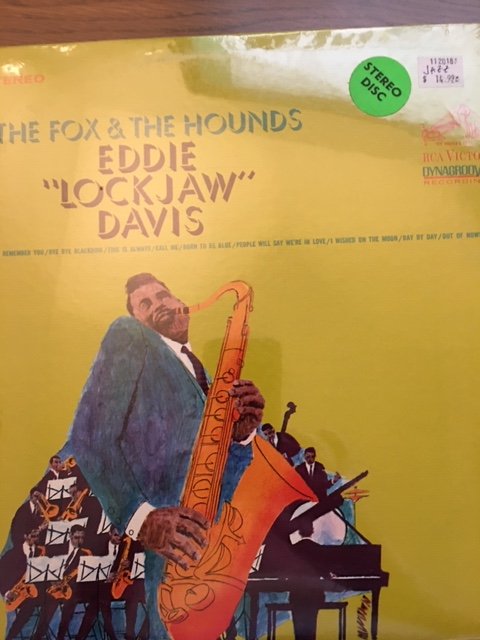 Ok, after 20 years of listening to multi channel classical over SACDs I decided to find a way to stream multi channel DSD. So I bought an exasound e38 DAC and their Sigma Streamer. Works seamlessly over Audirvana and Roon. The sound is amazing. Very happy.
You must log in or register to reply here.
Share:
Facebook Twitter Reddit Pinterest Tumblr WhatsApp Email Link