Welcome to the Jungle

No more thanks for a while.
That's clearly worthy of some rep but that's gonna take a day or so.
I've been looking all over for that too ... did you just know to search Crutchfield?
A service manual would be nice as well ... Scott/bandphan ...

ParadigmDawg said:
What is that little thing, a pocket sub?
Click to expand...

You floored me with that. My g/f got mad because she thought I was laughing at her.
Like I needed help getting into trouble.

BTW, one of the ports was loose as a goose. Getting that squared away is sure to eliminate some sort of problem.
That's like a home run performance wise. Hurray !!!
Last edited: Dec 24, 2009

Alex2507 said:
I've been looking all over for that too ... did you just know to search Crutchfield?
Click to expand...

Nope. It came up on a Google search, but it was probably three or so pages into the search (which was probably my fourth or fifth search on different words). Some manuals take a bit of patience to find. I'll check out the forum hits on the search results because sometimes people will link to manuals in the forums (just like we do here). I didn't have any luck there, but I couldn't stop smiling when I clicked that Crutchfield link and it was the right one.

There's the loose port removed and the innards. 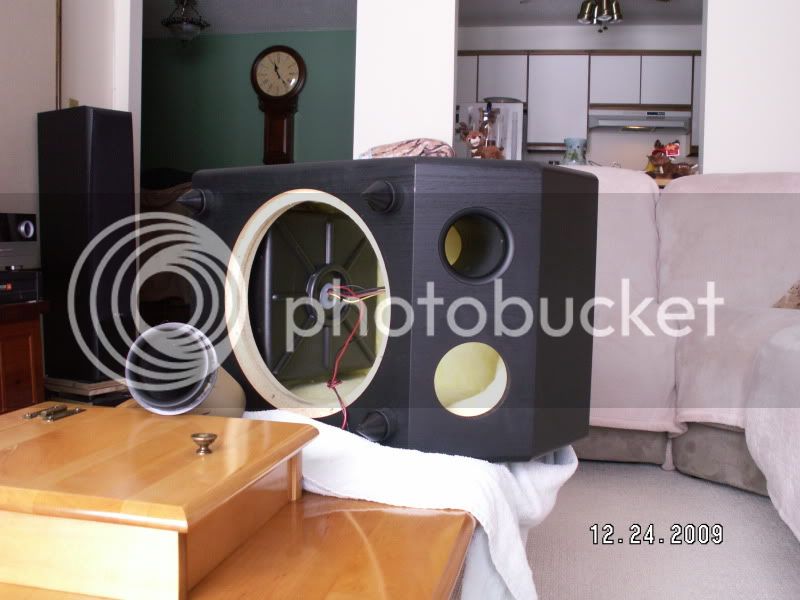 Okay, maybe it's an 8 cosmetically. That's the 'face' I guess. That whole volume control got yanked. The slider got the cleaner&lube spray treatment. 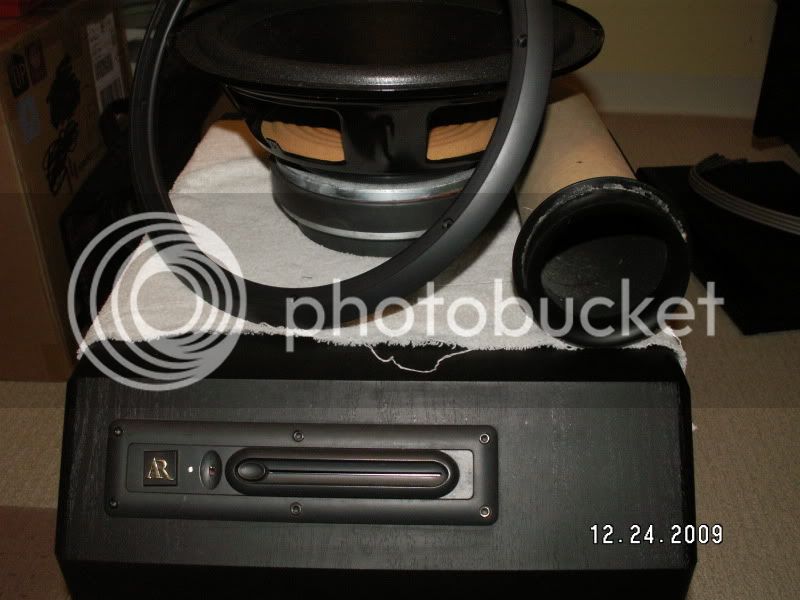 In the above pic you can once again see the port that was loose.
Below is shot showing the odd looking profile on this thing. I think it kooks like a mini fridge. 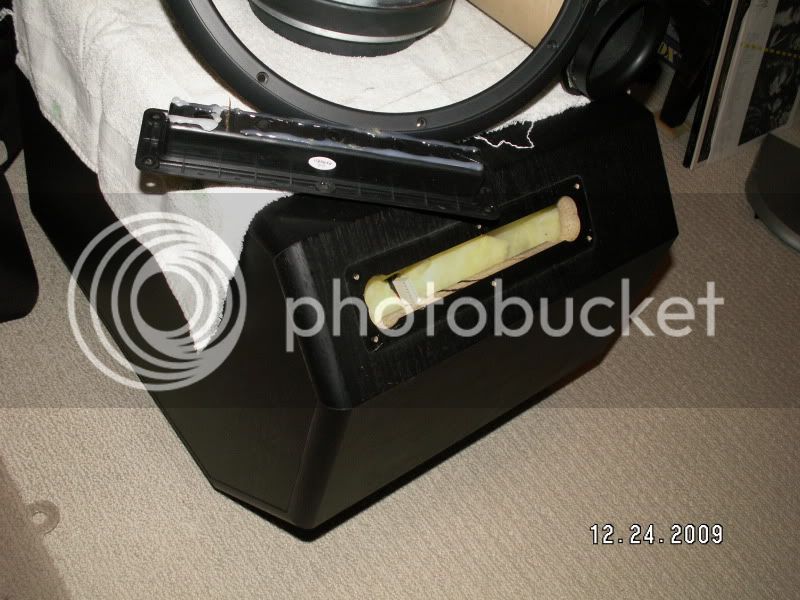 The circuit board with the volume control rattled in that housing. A little spongy weather stripping put a stop to that and the same weather stripping around the housing flange will further insure a tight seal. 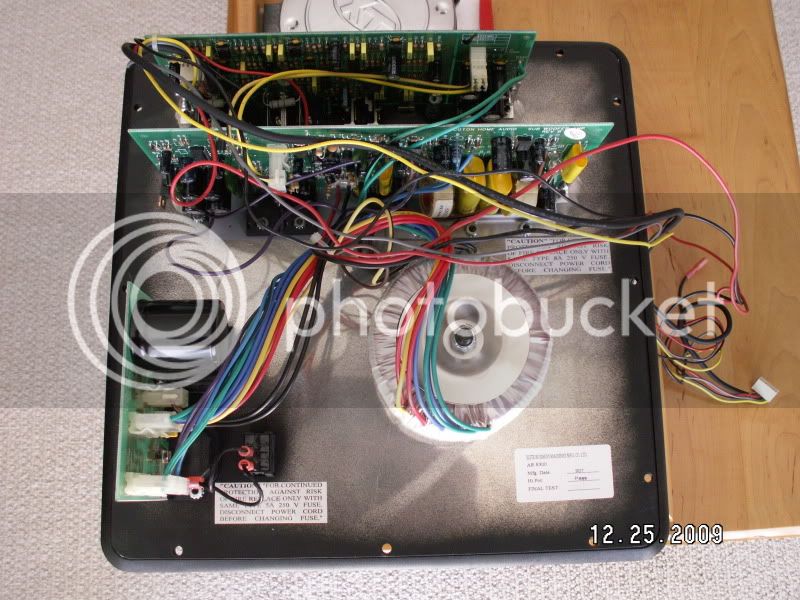 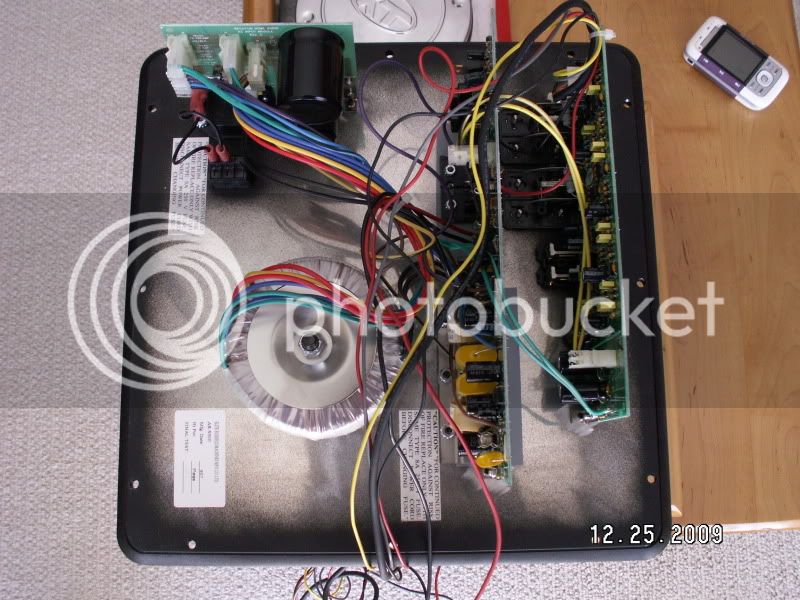 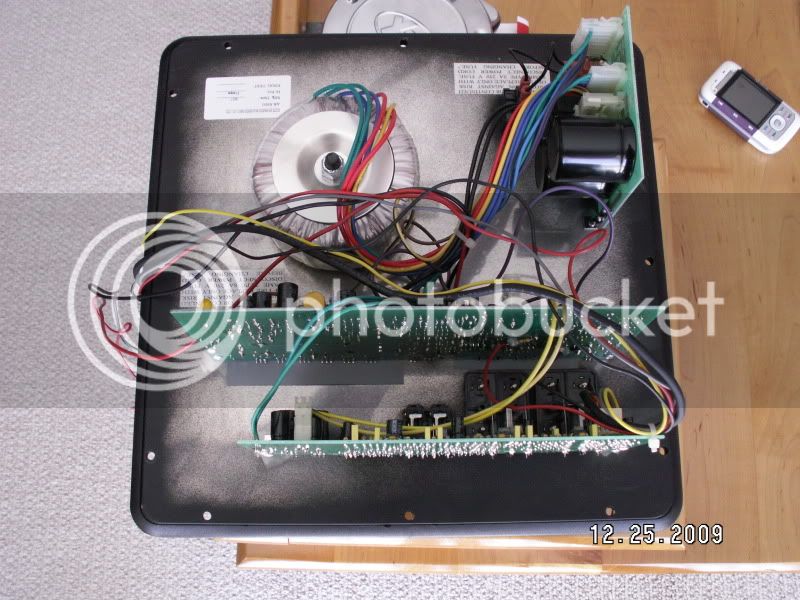 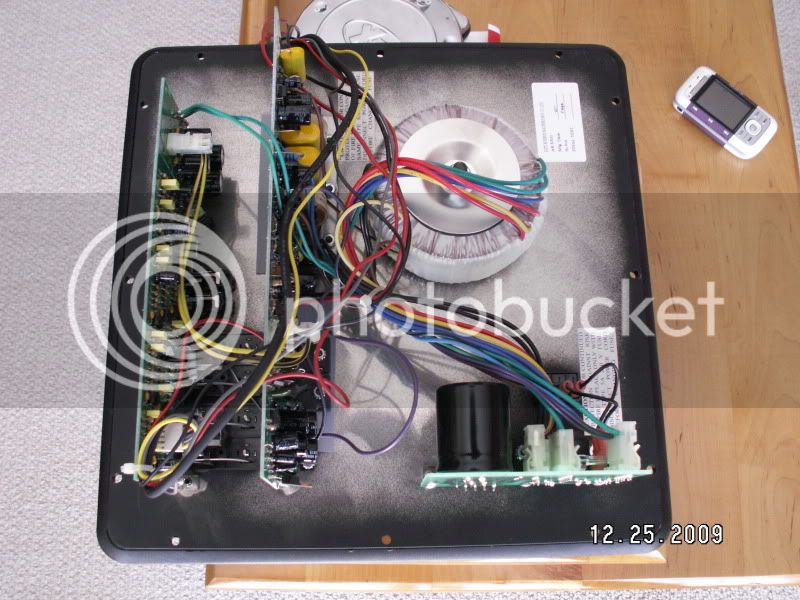 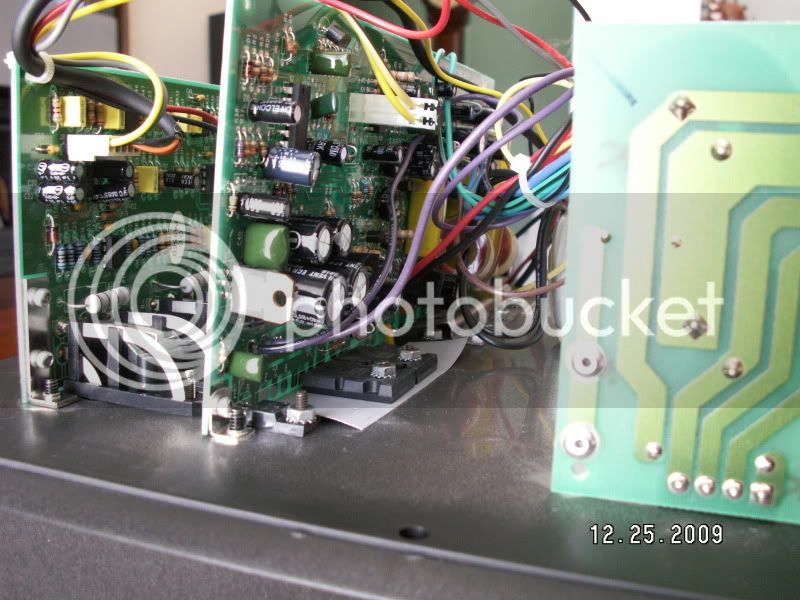 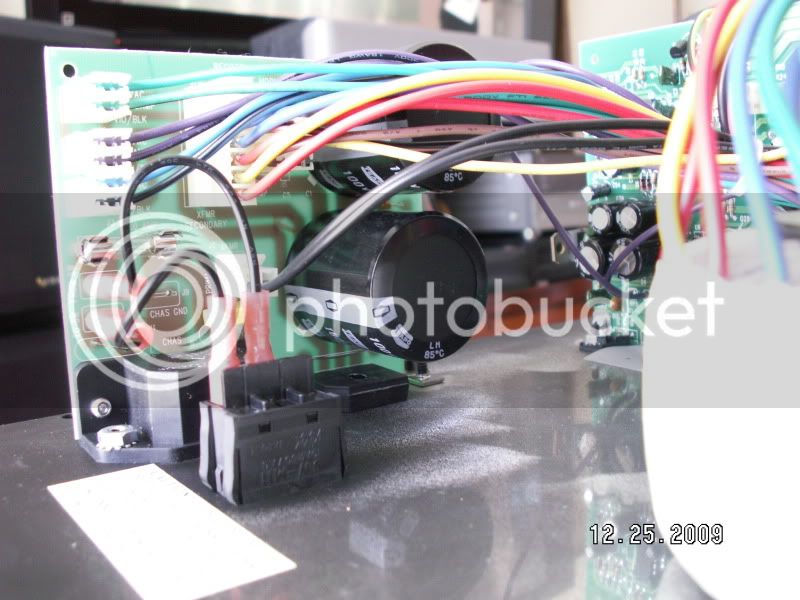 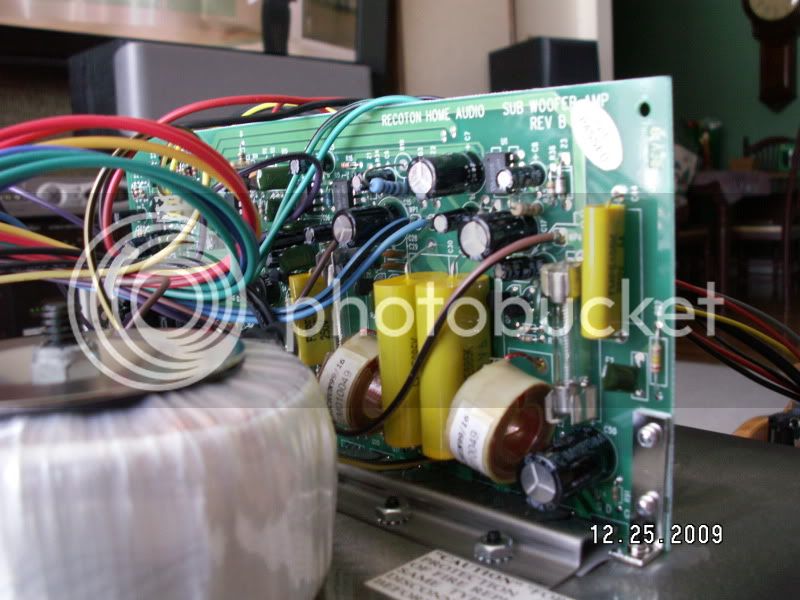 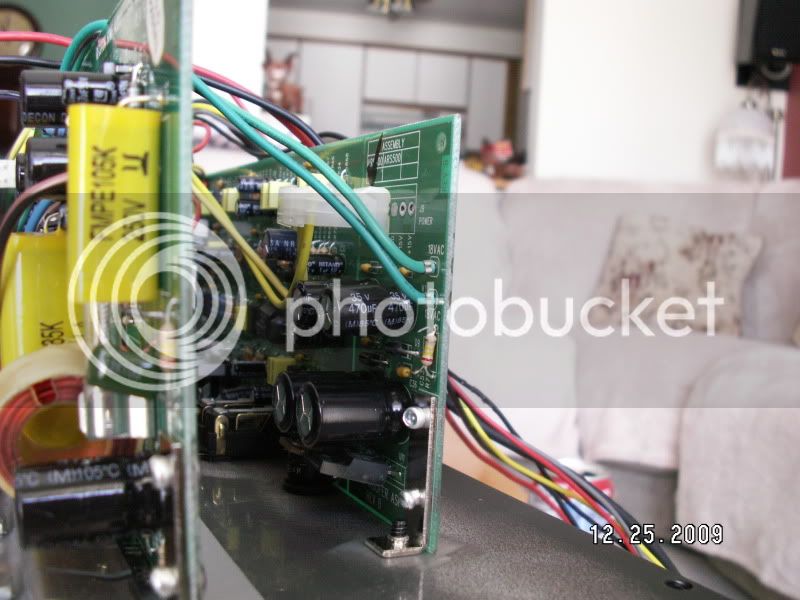 My hope is to identify the circuitry that controls the auto signal sensing on/off switch. I understand that there have been issues with that and I'd like to maybe know how to bypass it if need be ... Calling all brainiacs ...

Regardless of what GG says, this is not a pee-pee sub.
This is a hard hitting swingin' d*** sub if there ever was one. 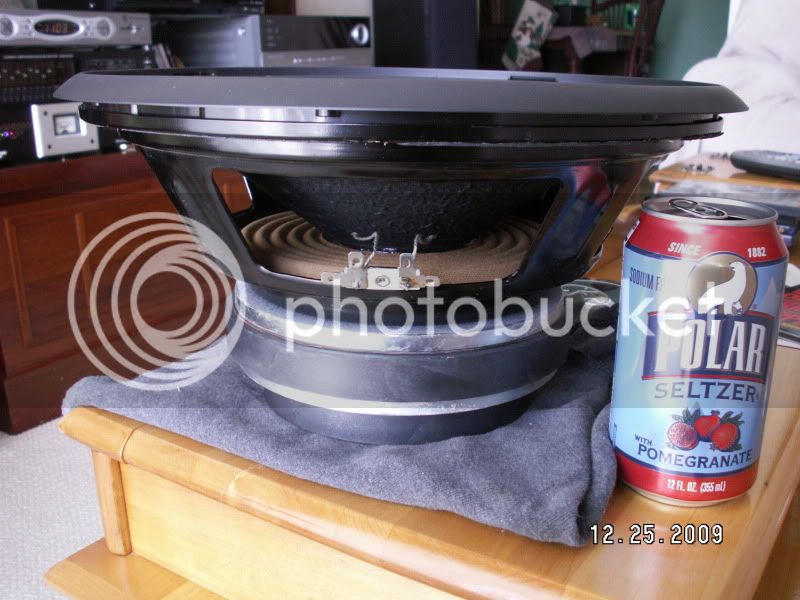 The Pomegranate Seltzer is becoming your calling card.

Adam said:
The Pomegranate Seltzer is becoming your calling card.
Click to expand...

... not the lavender phone? It matches my shoes.

Yeah, but it kinda clashes with the eyeliner, so I didn't want to mention it.

Alex I have some Styrofoam insulation that i wrote "Gramma" on. Can I please rip you off...cough...I mean sell them to you?

Shock said:
Alex I have some Styrofoam insulation that i wrote "Gramma" on.
Click to expand...

To address the issue I was having with a bad cap in my rec'r being responsible for all the settings going to default every time the power flickered, I got this UPS to plug my rec'r into. I haven't had any issues with it since.

It was a pawn shop deal where I got it thrown in for the $60 asking price of a semi full tool box.

A couple of days ago I got tired of looking at that sub in 6 pieces strewn about man town so I slapped it back together and ran my 'B' speaker outs to it from my little 2 channel Pioneer SX-650 in man town. The ports were just put in place but not glued in permanent like. So I set the crossover and volume on it by ear. I had it blended in pretty nicely. The whole idea was to make sure that it worked before I started with the 'mods'.

The driver had socket head cap screws going into about 3/4" particle board. Well, I wanted to install threaded inserts. Hurricane or jack nuts had too much of a flange and I didn't think those spiked teeth would do much beside break up the particle board that close to the driver hole. After much hassle I get my parts from Grainger and they referred me to a place to get just the right socket head cap 10/32 X 1-1/2" screws. I grabbed some 1 inchers just in case and some 8/32 inserts with a couple of different screws for that too. $44 later I'm equipped to modify the screws on a $100 sub. Don't think for a minute that that went smoothly either.

A friend of mine had come by with a piece of 1" thick Owens Corning 705 not too long ago. I cut it up and wrapped the pieces in pieces of a coarse blanket that I could breath through. This too was a massive PITA. The stock insulation was probably 1.5 lbs/ft^3 (pretty fluffy). Before I installed the insulation I ran three strips of that Peal & Seal on the sides and top thinking it probably wouldn't make any difference but ya never know! I also ran a piece of roofing rubber around the outside of the amp housing and ran a '+' pattern with the peal and seal on the inside of the amp housing. I'm starting to feel like a bit of an @sshole for messing around with this stuff but I just can't afford the high dollar sub solutions and this might pay off. Here's the kicker ... it's too late to try it out.

I seem to be the only one on here doing this kind of crap and I have a word of warning for anybody thinking about it. This takes time. Anybody that tells you that one of these mods is quick is full of it. I also gasketed the driver, amp housing and amp before putting them back in. A few years ago some guys were throwing out this gasket material instead of installing it on the lockers at Emerson College in Boston.

I used gobs of translucent Phenoseal caulking to glue in the ports. I had planned on running some additional bracing but got impatient. Like Dude, it's a sub ... not a science project. This is a lot of work ... did I mention that I'm sick of it?

Alex2507 said:
A couple of days ago I got tired of looking at that sub in 6 pieces strewn about man town so I slapped it back together and ran my 'B' speaker outs to it from my little 2 channel Pioneer SX-650 in man town.
Click to expand...

Did you test the sub yet?
Where is this Man Town you speak of? And how did you sneak in?

Rickster71 said:
Did you test the sub yet?
Where is this Man Town you speak of? And how did you sneak in?
Click to expand...

Oh, you're a riot.
Mantown is just our spare bedroom where the computer, turntable and old Pioneer SX-650 2 channel rec'r live. I hooked the sub up with the rec'r's 'B' Speaker Level Output and it seems to work well. Test tones don't show much useful output below 40Hz but it's placed in the middle of a wall. I don't exactly trust the old rec'r to be on the money that low either but it works. With some material there seems to be a little rattle that can be picked up if you're right up next to the sub. I took some care in routing the internal wires but maybe not enough and maybe it's the rec'r and I never notice it with music so ...

I want to drag it out into the living room for a test but I've got my hands full slacking on about half a dozen other things. 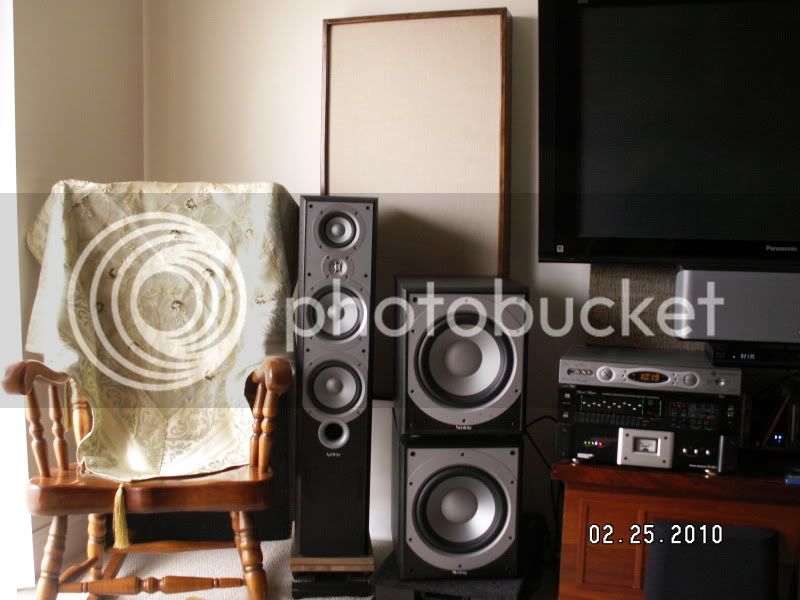 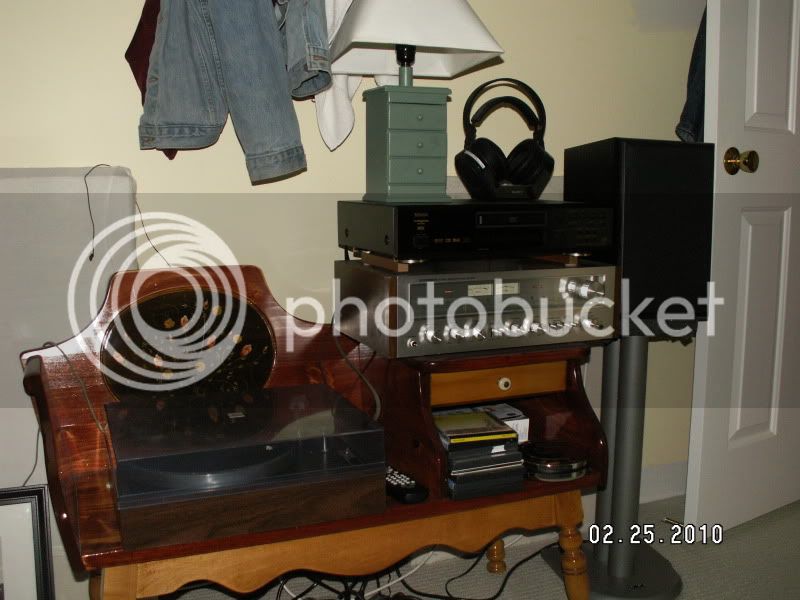 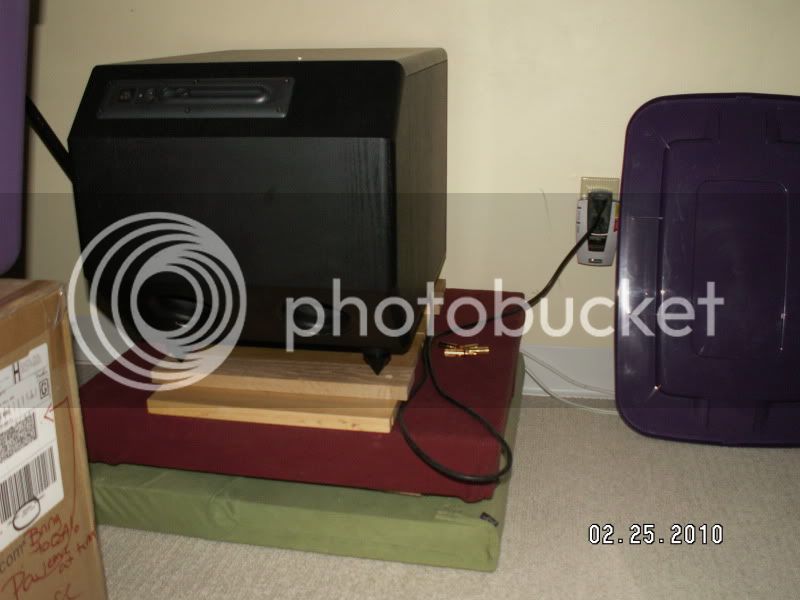 Don't make fun of the mess. I wasn't expecting company but I'm happy to have it.

Alex2507 said:
Oh, you're a riot.
Mantown is just our spare bedroom where the computer, turntable and old Pioneer SX-650 2 channel rec'r live.

Hey Alex what kind of speaker stands are those in Man Town (there, I said it)
Those are nice, I have to get a pair of those. What holds the speaker in place?

Rickster71 said:
Hey Alex what kind of speaker stands are those in Man Town (there, I said it)
Those are nice, I have to get a pair of those. What holds the speaker in place?
Click to expand... 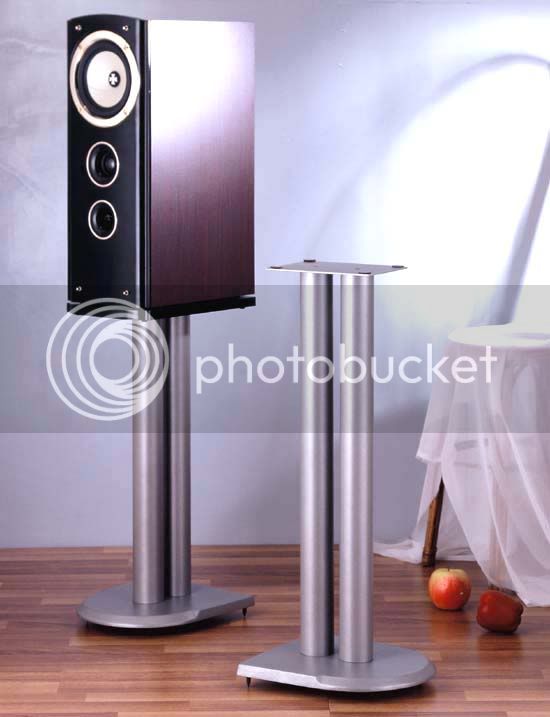 Gravity has been doing a pretty good job of holding the speaker down. I wrapped the platform with some kind of materials and used the left over acoustical foam from those Dayton BR1's to angle them up a tad. I have some rubber door stops for that but they reeked to high heaven of chemically rubber and I left them on the porch to season last fall. I play them pretty softly on account of the neighbors so I don't need the speakers to be anchored super well.

Thanks...I'll be here all week.

Alex2507 said:
Don't make fun of the mess. I wasn't expecting company but I'm happy to have it.
Click to expand...

What no Doritos? Is it the diet?

I think I've said it before but those are cute little girl subs.....

lsiberian said:
What no Doritos? Is it the diet?
Click to expand...

Actually it's the hunger ... 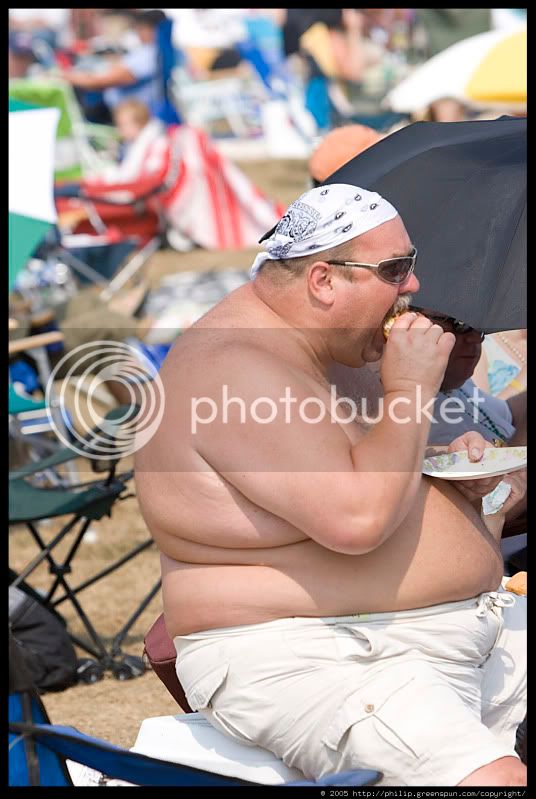 
ParadigmDawg said:
I think I've said it before but those are cute little girl subs.....
Click to expand...

You've been telling me that like twice a month for a few years now.

The one in Mantown is a 12 incher!

Over at HTS I found a pretty favorable review of the Infinity 12" sub but my stack is only the 10 inchers. The small footprint is crucial but the low price is what got me behind the wheel of the second one. When I bought the first one it's a wonder that I didn't opt for the 8 incher. There would have been no living with that shame.
You must log in or register to reply here.
Share:
Facebook Twitter Reddit Pinterest Tumblr WhatsApp Email Link