Who are you going to believe: me or your lying eyes?

I can see that. Making an integrated speaker that plays to 20 Hz is very difficult. The older designs had wide front baffles and diffraction issues. So somehow you have to get round it like B & W do. In addition you need 10" or 12" drivers that can meet the mids, and have an Fs 20 Hz or below and good power handling capacity. There are not many drivers around that meet that description.

As you know this was my solution.

These drivers meet the above criteria.

So the issue becomes, is there an advantage. Well that depends on whether you are a influenced by the work of the late Ted Jordan or not. In his long career he was convinced from his research, which was considerable, that separating harmonics in time was a bad thing and to be avoided or severely minimized. Well placing sub woofers crossed at 80 Hz at various places in a room make that separation a certainty.

So my measurements do show excellent time coherence of those speakers. On the other hand the 2 channel system in the family room with two remote subs, shows that it is far from time coherent as you would expect. Now I think I have pointed out before that you can build a speaker with perfect FR, that is totally unlistenable and speech unintelligible, because of time delay. So the question is when is it a problem. Well I agree with Ted, that it always is. And guess what? This issue is now showing up as an issue in speech clarity. So I think the AV environment, where dialog is so important, is going to bring this issue to the fore again.

Part of the issue is the recordings. Almost all use multiple mics, and therefore are a phase difference approach. That is another way of saying a time difference approach. Now that does not sound so appealing does it? Now the inventor of stereo sound, Allan Blumlein, thought this matter was important pre WWII. So he developed the intensity difference mic technique with his Blumlein pair.

Now for years I made lots of recordings largely for radio broadcasts, and I used the Blumlein technique. I truly believe this produces better more realistic recordings.

Of late a fine organist Jonathan Scott, has been giving lock down recitals in the fine organs in the North of England largely. Many of works are his own brilliant transcriptions for organ. He has been recreating the municipal organist of the late 19 and early 20th century. The greatest was Edwin H. Lemare. Anyhow his brother Tom does the recording and video work. Absolutely brilliantly, I might add. I note he uses pure Blumlein. Now the fidelity of those recordings in this room is absolutely superb. I will post some in another thread. They are a total work out for your whole system. They are highly enjoyable and very entertaining.

So this issue is I think, very important and we have a lot of rethinking to do on it I believe.

Maybe I will run into those at a garage sale.

Not towers exactly but stacked large Advents would fit the bill. I had a pair of new Advents (not stacked) back in the day and they put out some serious bass. I remember that people were stacking then to simulate towers with huge bass.

Transform your theater with the best home audio subwoofers.

How about these Drivers 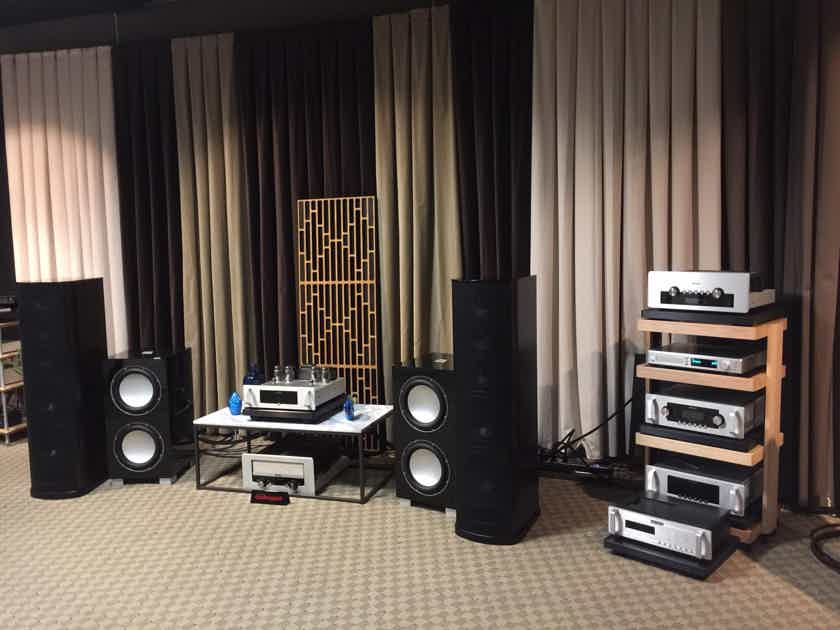 Seems that Tekton have a few

AcuDefTechGuy said:
What other towers can you think of that have dual 10" or 12" woofers?
Click to expand...

Tyler Acoustics Halo 1's. Dual 12's. Were on my short list a couple years ago, but the lack of any solid reviews or specifications turned me away. $2600

Few names in Audio are as iconic as the EgglestonWorks Andra.. The original Andra met with immediate critical acclaim winning Stereophile's prestigious Speaker

Sonus Faber Stradavari Homage. Dual 10's, one of the most beautiful speakers I've ever seen. Part of my "if I ever get rich" collection. Discontinued, but pop up frequently on Audiogon. Used price usually 15k - 20k 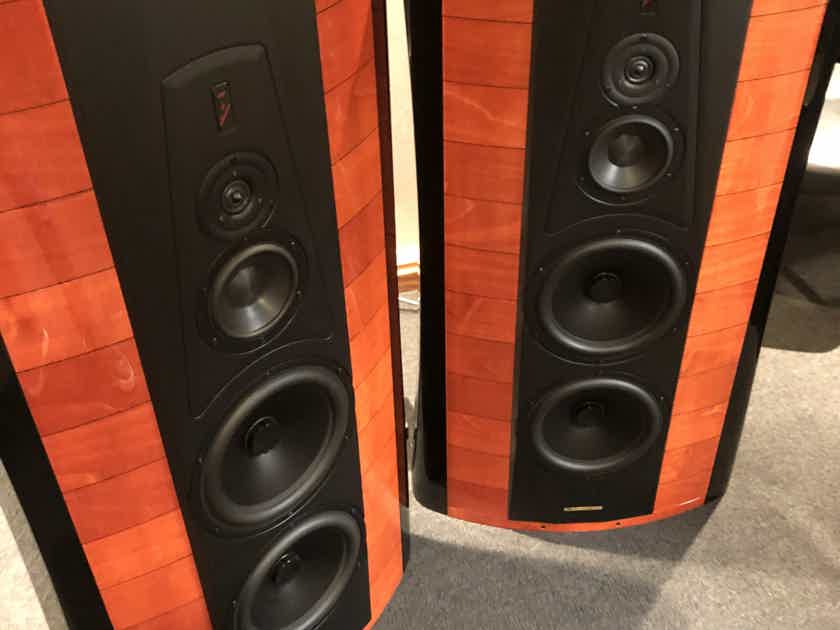 If you are willing to consider Dual SB Acoustics Satori 9.5" woofers:

A hybrid active-passive monitor for the most demanding applications.

Built by Selah, Rick suggested somewhere around $7-8K (dunno if that still stands). Kit for $3K.

mazersteven said:
How about these Drivers

600lbs each. I bet James wouldn't be doing ground-plane measurements on those honking things.

Break-in is a myth. I've heard the Blades, and they are light on bass for that price. Did you hear the Blades or the Blades 2?
S

Irvrobinson said:
600lbs each. I bet James wouldn't be doing ground-plane measurements on those honking things.
Click to expand...

Groundplane measurements wouldn't be that hard to run on those things, so long as you have a way of taking them to a test site. Free-air measurements would be the problem with those. They would have to be elevated off the ground by at least five feet. I suppose that could be done with a forklift.

Irvrobinson said:
Break-in is a myth. I've heard the Blades, and they are light on bass for that price. Did you hear the Blades or the Blades 2?
Click to expand...

I have heard the Blades and Blade 2 speakers. I don't remember exactly how they sounded but I don't remember them being light on bass. However, bass is so heavily dependent on placement. Some speakers are made for boundary loading, but others aren't. Whatever perceived lack of bass you heard from them may well have been a setup issue.

shadyJ said:
Groundplane measurements wouldn't be that hard to run on those things, so long as you have a way of taking them to a test site. Free-air measurements would be the problem with those.
Click to expand...

Have you heard them before? I would love to. One day I'll get in front of them.

shadyJ said:
Groundplane measurements wouldn't be that hard to run on those things, so long as you have a way of taking them to a test site. Free-air measurements would be the problem with those. They would have to be elevated off the ground by at least five feet. I suppose that could be done with a forklift.
Click to expand...

The offer still stands for an AH West testing facility!
Large field, tractor with a fork attachment, tiny house for an overnight visit...
Just send the speakers to me at:
xxxx xxxxxxxxxx xx
xxxxxxxxxx xx xxxxx

mazersteven said:
Have you heard them before? I would love to. One day I'll get in front of them.
Click to expand...

I have heard some of the Utopias but I am not sure if I heard that exact model. They all sounded pretty good to me, but they better for as much as they cost.
You must log in or register to reply here.
Share:
Facebook Twitter Reddit Pinterest Tumblr WhatsApp Email Link