ryanosaur said:
I've been keeping tabs on the HTP-1 Owners Thread, too. (Think I saw you over there, as well, @RichB ).

www.avsforum.com
Some good info from the guys bold enough to be early adopters!

Here are some pictures of the actual unit showing the 8 inputs:

It is quite easy to modify any XLR to RCA adaptor or cable. One simply needs to open the XLR side and remove the pin #3 connection. I have documented this step-by-step on a Hosa GXF-132 GXM-133 adaptor. This adapter is identical to the Neutrk NA2FPMF and Parts Express 240-428 (least expensive)... 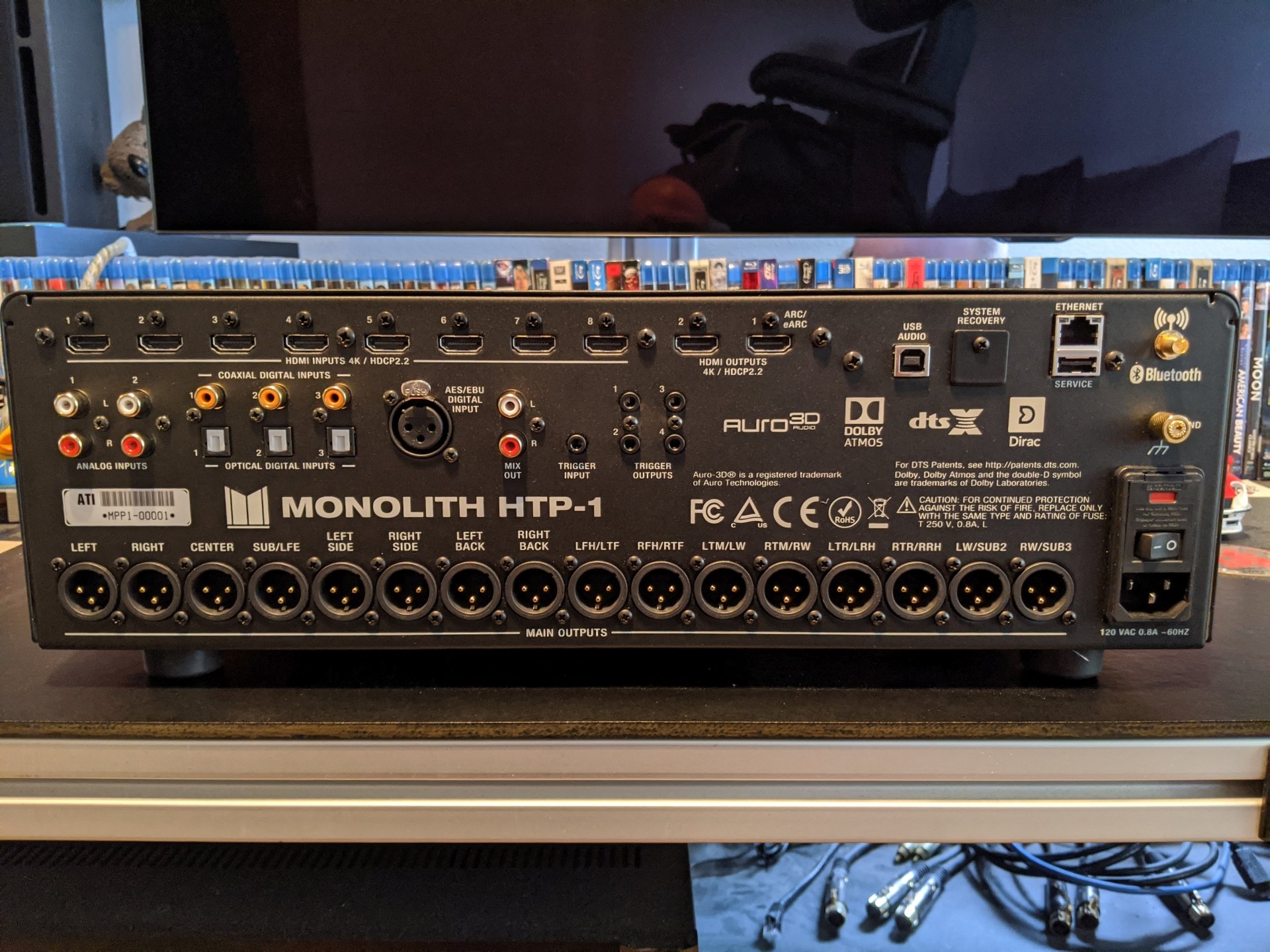 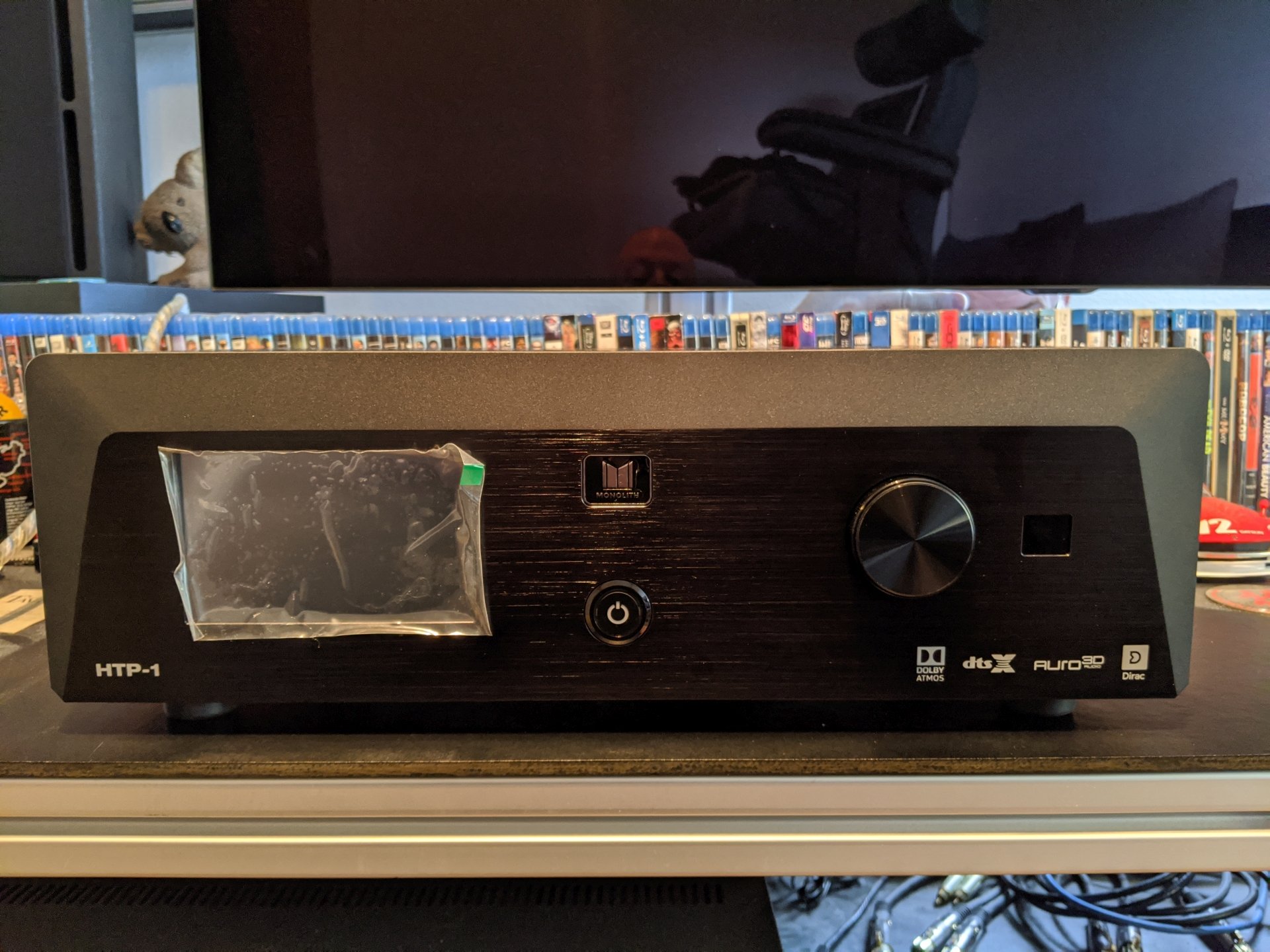 And, Baby Yoda, just because 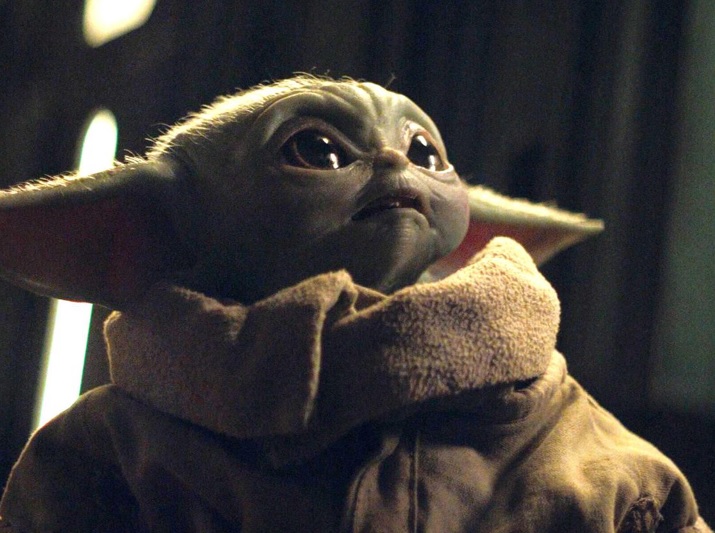 ryanosaur said:
I've been keeping tabs on the HTP-1 Owners Thread, too. (Think I saw you over there, as well, @RichB ).

www.avsforum.com
Some good info from the guys bold enough to be early adopters!

My main panel is 1080p, not sure about early adoption

When I do the new theater in a few months, I'll be looking at this type of processing, so I praise all that walk before me.

That system recovery covered with a screw are interesting. I wonder if there is red button that loads the unit back to initial state.
That would be brilliant.

I really like to buy one to replace my Anthem AVM40. Waiting for the HDMI 2.1 to be available.

berdugo said:
I really like to buy one to replace my Anthem AVM40. Waiting for the HDMI 2.1 to be available.
Click to expand...

HDMI 2.1 could take a couple of years to be implemented on the Monolith HTP-1.
S

I get it that people would not want to spend a ton until HDMI 2.1 although I’m not convinced it all goes perfectly for 8K on HDMI 2.1 based on past history with HDMI standards. LOL
B

AcuDefTechGuy said:
HDMI 2.1 could take a couple of years to be implemented on the Monolith HTP-1.
Click to expand...

I'm from the Philippines, so if I buy it now and want to upgrade it later to hdmi 2.1 would cost my lots of money just for shipping alone, plus the extra time delay.

If I live there in the USA, I would buy it once available again in their website.

I'm hoping hdmi 2.1 upgrade will be available this year.

This is a review and detailed measurements of the Monolith Monoprice HTP-1 16-channel AV Processor. A kind member ordered it and had it drop shipped to me. The HTP-1 has recently started shipping and costs US $4,000 from the company direct. I can't say I am a fan of the industry design of the...

KEW said:
We have measurements!

This is a review and detailed measurements of the Monolith Monoprice HTP-1 16-channel AV Processor. A kind member ordered it and had it drop shipped to me. The HTP-1 has recently started shipping and costs US $4,000 from the company direct. I can't say I am a fan of the industry design of the...

And a heap'o'controversy to boot! the ASR and AVS forums are bustling with it!

Newbs might think they could actually hear a difference in SQ among all these tested electronics with THD of 0.005% vs 0.0008%.

It is a little alarming when Amir said that the $4K AVP built quality feels "cheap".

Hopefully he gets his hands on a Yamaha CX-A5100 (skip the 5200 as Gene already said the measurements aren't SOTA).
S

​
The marketplace of processors that exceed eleven channels but don’t cost as much as a new car is a small one, so when Monoprice announced the Monolith HTP-1 processor at the 2019 CEDIA, home theater enthusiasts were intrigued. Here was a 16-channel processor with balanced outputs, Dirac room equalization, eARC support, and support for all the latest object-oriented sound formats including Auro-3D, DTS-X, and Dolby Atmos. All for only $4k. $4k is a lot of money, but when you consider that many of the other processors with similar features and spec sets are priced in the five-figure range, here was a serious processor that a middle-class home theater enthusiast could afford without needing to take out another mortgage. It is an affordable way of getting more out of modern sound mixes than what can be had from the AVRs from the major audio manufacturers.

At last, we finally have the HTP-1 in for review today. Let’s dig in to see if it warrants the online buzz it has caused since its announcement...

Where is that Spec? I didn't measure anything that good.

I'd love to own one of these just to have a nice match for my Monolith 7. 4k is out of my budget for a processor tho.

Also, am I not seeing RCA outputs on the back?? My Mono 7 is an early model and doesn't have balanced inputs. That doesn't make sense to me...

Matthew J Poes said:
Where is that Spec? I didn't measure anything that good.
Click to expand...

Didn't it say under the Noise and Distortion measurement that "3rd Harmonic is around -112dB"?

Really glad to see this review. I've been on the HTP-1 bandwagon for a while, now. Following along at the HTP-1 Owners thread over at that other site has been very interesting and informative. Seeing that some of your measurements agree with others not done by a former Microsoft VP, is also highly encouraging (it is seriously a shame that A.M. won't revisit that review and update it accordingly!).
Regardless, I've seen direct Monoprice and Dirac participation on that thread, updating important information and keeping tabs on bug reports. They have been super active in making the HTP-1 a fully functioning product, while you still see people complaining about and leaving the Emo ecosystem of Processors.
With the possible exception of Trinnov and Storm, no other similar super-processor is as functional as the HTP-1.

At this point, almost all bugs have been addressed. The main things left hanging are the implementation of DTS:X Pro and an answer to the Digital Board Upgrade for HDMI 2.1.

Issues that seem to crop up somewhat regularly is that there is no OSD, which some insist is a deal breaker for them, however the users report very consistently that they do not miss it and do not find this to be a problem worthy of comment. Also, there is no direct analog pathway: it is a digital processor and if you cannot live without analog, the users over at that other site will simply tell you that it is not the product you want. With that in mind, I have also never seen a single negative comment about audio performance leaving anybody wanting for that direct analog path, especially considering it would eliminate any of Dirac's corrections (which as mentioned, are excellent and not detrimental in any way to the enjoyment of any audio-only experience).

One last note of interest is that the Thread Starter of that Owners thread developed and made available his own custom UI. This has been commended by the Monoprice Project Leader that participates on that thread and everyone using it has raved about its functional improvement to the HTP-1 experience.
To see a company like Monoprice embrace such innovation and encourage it is just another example of how in-tune they are with the type of user this product was built for. At the same time, the non-power-users still rave about the control they have over the product and their systems, even if only using a fraction of what's capable.

Part of me is hoping ATI did not permanently shelve their own version, unless they saw that pushing the price tag significantly higher and further diluting the market didn't make sense. But if they stay involved in this partnership with Monoprice, I see only great things happening in the future of the HTP-1.

Thanks to the AH Team for this review!!!

ryanosaur said:
Part of me is hoping ATI did not permanently shelve their own version...
Click to expand...

ATI say they are just so busy with their current amps and upcoming new amps release. The ATP-16 will eventually be released. Dealers already have the ATP-16 price sheets also.

Kind of funny because ATI made the HPT-1 for Monoprice and ATI also have the DataSat-10 & DataSat-20. ATI also made the Theta Digital 16Ch Processor, which also has Dirac Live.
S

Not interested in anything in that price range but happy to see some competition from Monoprice.

Love the not-so-veiled shot at the "five-figures" processors. James seems to be suggesting that the HTP-1 measures as well, if not better, than they do.

I ordered one yesterday, so I'm excited to get started with it.

Erod said:
Love the not-so-veiled shot at the "five-figures" processors. James seems to be suggesting that the HTP-1 measures as well, if not better, than they do.

I ordered one yesterday, so I'm excited to get started with it.
Click to expand...

Congrats. I saw over on that other site you bought. I'm not going to make a commitment until I see what the HDMI 2.1 solution will be. I know it's not going to effect anything now, but this will be a 10-yr purchase for me, if I choose it.
You must log in or register to reply here.
Share:
Facebook Twitter Reddit Pinterest Tumblr WhatsApp Email Link