Which box is right for this pro audio subwoofer.

Can you look at the design of this speaker please?:

It says 7cubic feet tuned at 32hz. Would I be better off going with that box for chest slam? Or this box which is only a box tuned at 27hz for like 6 different drivers. Here is the box I mean tuned at 27hz: 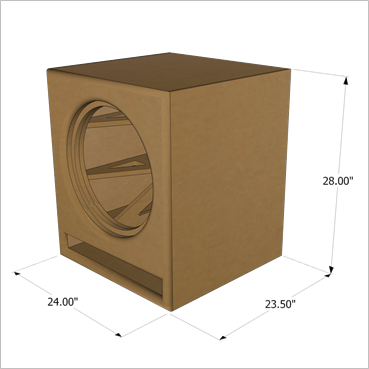 MartySubs by GSG(TM) offer the best performance at the best price, anywhere. Check out our DIY flat packs as well as our finished enclosures. On sale now.
shop.gsgad.com
Last edited: Aug 13, 2021
C

Sorry if the other link didn't work in the post above. Here is a link to the sub. Look at the manufacturers data sheet 4ohm. It says 7ft3 tuned at 32hz. So which box would work better for this sub for the most "CHEST SLAM!" The one tuned at 32hz or the one at GSG tuned at 27hz? 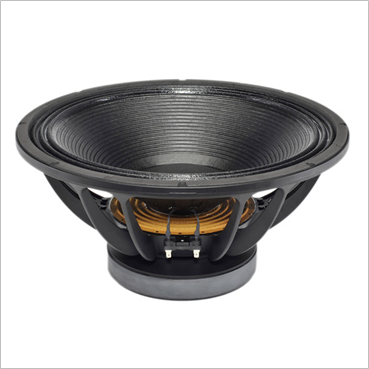 The thing that is hardest to understand is the these Pro Drivers have such a powerful motor usually, that they are able to be pushed beyond their 'conventional' limits, according to the guys that are more experienced at experimenting with them. I don't know how else to describe it beyond paraphrasing one such designer: the Driver and the box form its own system, and when it's powered appropriately, you get performance that exceeds that conventional wisdom.
B&C, for example have stopped focusing on Xmax and use Xvar as their metric for safe excursion. I am still trying to understand this. You will also see many references about 70% of Bl defining excursion capabilities.

I've seen some home measurements by DIYers that have built some of these different cabinets using pro drivers, and their measurements tend to track well with the specs offered up by the designers. This would be true of the stuff from GSG as well.
C

I see. I hear good things about the pro drivers. Especially for chest slam. So do you have any idea which box would be better for what I am asking for?

For the system you mentioned through GSG, I would stick with their recommendations.
C

How do I post my WinISD results from my WinISD page to this forum?

I don't use WinISD, know nothing about the program.
C