Thinking of this soundbar system for my travel trailer.

Thanks..I watched the review but they are too much for what I need. This will be used on rainy day occasions or when the mosquitos are too thick to enjoy a campfire at night. I just want better sound than what my cheapy TCL display can give me.

3db said:
I just want better sound than what my cheapy TCL display can give me.
Click to expand... 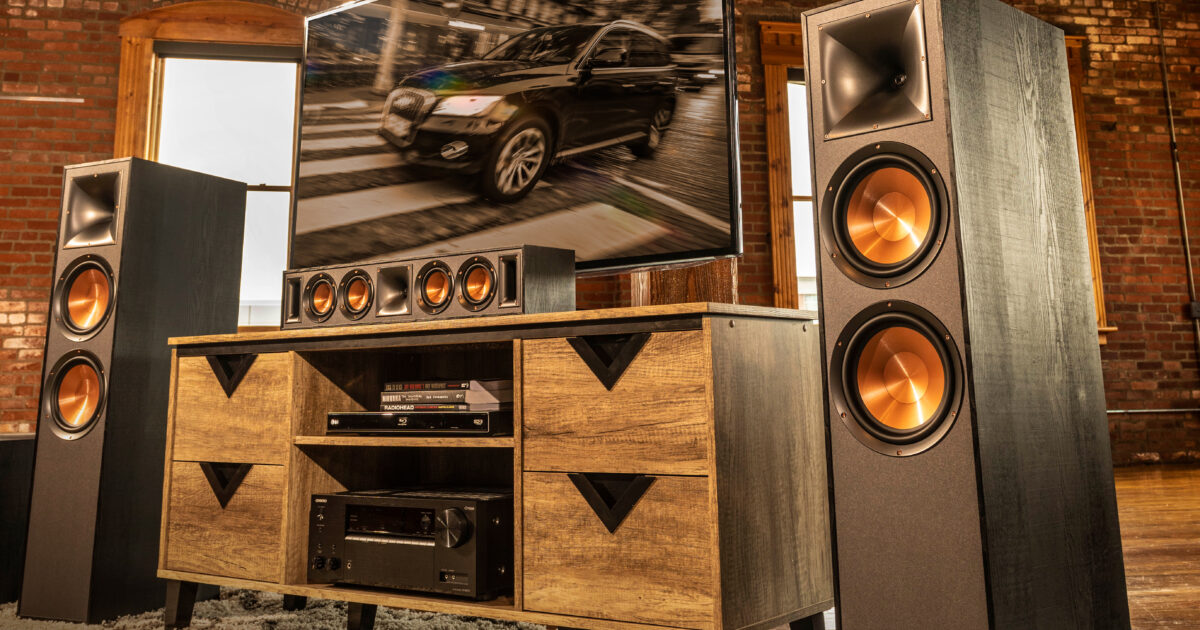 I ended up buying the JBL5.1 system from Amazon as Black Friday sales knocked $250. off the price down to $499. Cdn

I received it Sunday but still haven't had the chance to open it. I will install it once I get my 47" Vizio TV back from my daughter as they just bought a new 55 inch TV of their own.

I will report on it sound and sound field once I got it up and running. I dont expect miracles but I may get surprised.

This is a longish story so please bare with me. I decided to unpack the JBL system last night because I should check and see if it works. I wanted to use the TCL display that came with the trailer. I brought the 40" TCL to my basement and leaned it on the back of the couch. I started looking for the remote and couldnt find it. Looked everywhere too. I either lost it or its still at the trailer. What to do... I thought I would need to buy another Logitech remote when it dawned me that I already have a spare remote. I bought a Harmony 665 while it was on sale for $40 Cdn new to eventually replace a used Harmony 650 that I picked up several years ago but some of the buttons are starting to go; needing multiple presses to make it work. The 650 will become my trailer remote and the 665 is now in active duty for my 2nd system. I copied the remote functions from old to new using Logitech's Harmony software. It copies everything over EXCEPT for the screen buttons for each programmed function. It took me 90 minutes to get the 665 to where the old 650 was. Perfect!! Now I can proceed to repurpose the 650 for the TCL display, JBL system, and an old Sony BDP-S360. It took all of 5 minutes to do becuase I just wanted to test basic functionality.

I unpack the JBL, dig out the old Sony and connect everything up. I inserted Hancock, a DVD into the Sony but it wouldnt load. I tried Hanzel and Grettle and even another BluRay but none of them loaded. The Sony finally died. It didnt owe me anything.

I dug up an old Panasonic BP -B30 bluray player which was replaced with an Oppo; both of which I bought used.at a Thrift store for about $20 each. I run backup stairs and reprogram the remote and finally get to test the system... (part 2 will come in a couple of hours...have a meeting to run too.)

So I finally got some sound of the bar and woofer. The setup was not properly positioned as the sound bar lay on the sofa facing me but I just need to make sure it worked which it does. I then added power to the subwoofer and it magically connected thru BluTooth and it too was working.

How does it sound? Lets just say that I would never trade in any of my systems which were cobbled together with used components over the JBL. That being said, it sounds many magnitudes better than the TCL speakers.....there is no contest. And it can play loud. I had the system cranking into the high 80 db range without it sounding strained or harsh. The ability to play that loud without losing composure surprised me. Bass adjsutments go for low - mid - high. Mid was good, high was boomy. Low would be good for music listening. I will defer to its imaging ability once I have the thing set up properly in the spare room. There are much better sound bars out there but this is mainly for the trailer and for that purpose alone , its more than adequate.

Below are some pics to give you an idea what it looks like. The sub on the left is a PSB Subsonic 5 with a 10" driver, same size driver found in the JBL.

Ive got the JBL sound bar up and running connected to my first ever flat panel tv, a 47" Vizio. My daughter gave it back to me after they (her and hubby) bought their 2nd smart TV. The Vizio is dumber than a fence post.

So how does it sound for a 5.1 sound bar...."It does 5.1?" is my reaction... Stereo seperation??? " What seperation?" You may be getting the idea that its not very good and I would whole heartedly agree with you. BUT!!! There's always a butt... It can play pretty loud without getting harsh and it does sound better than the Vizio which I must say had ok speakers for a display...sounding better than anyone of my Samsungs. Its a perfect fit for my cottage which hopefully wont get used much. If anyone is interested, I can post some pics

Here are some pics

I am happy for you , yesterday I bought the same audio system , I am very happy because I can now arrange a home theater and not only

3db said:
Here are some pics

Ive watched about 6 movies in total and listened to music for hours on it. The sound is far better than the speakers on the TCL display or the trailer's ceiling speakers. Im quite happy with it but I accept its limitations. Its surround sound reproduction simply doesnt exist depite JBL claiming it to be a 5.1 system. There is no real stereo imaging at play like you get from 2 seperate speakers. The sub control of low, mid, and high are inadequate. For most music, I set the bass to mid and for all movies, I set bass to high. It can play loud enough to annoy the trailers close to mine without the sound getting harsh or strident. I even did a bass crawl and positioned the sub to sound good zt the main LP and at the dining table. Its serving me well.
You must log in or register to reply here.
Share:
Facebook Twitter Reddit Pinterest Tumblr WhatsApp Email Link