afterlife2 said:
View attachment 39360
Cool not sure if these are good, but sure looks different. Tweeter titanium.
Click to expand... 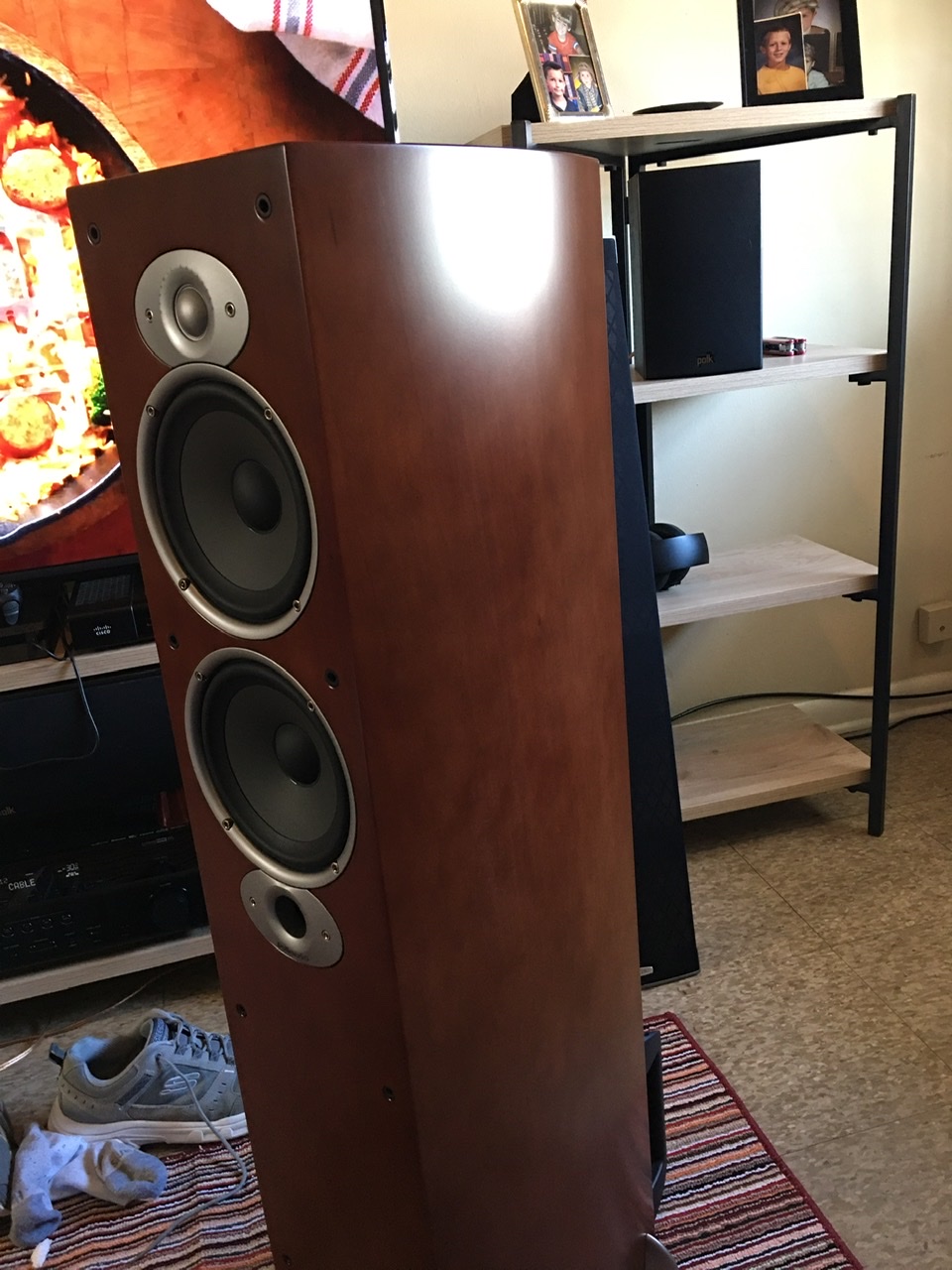 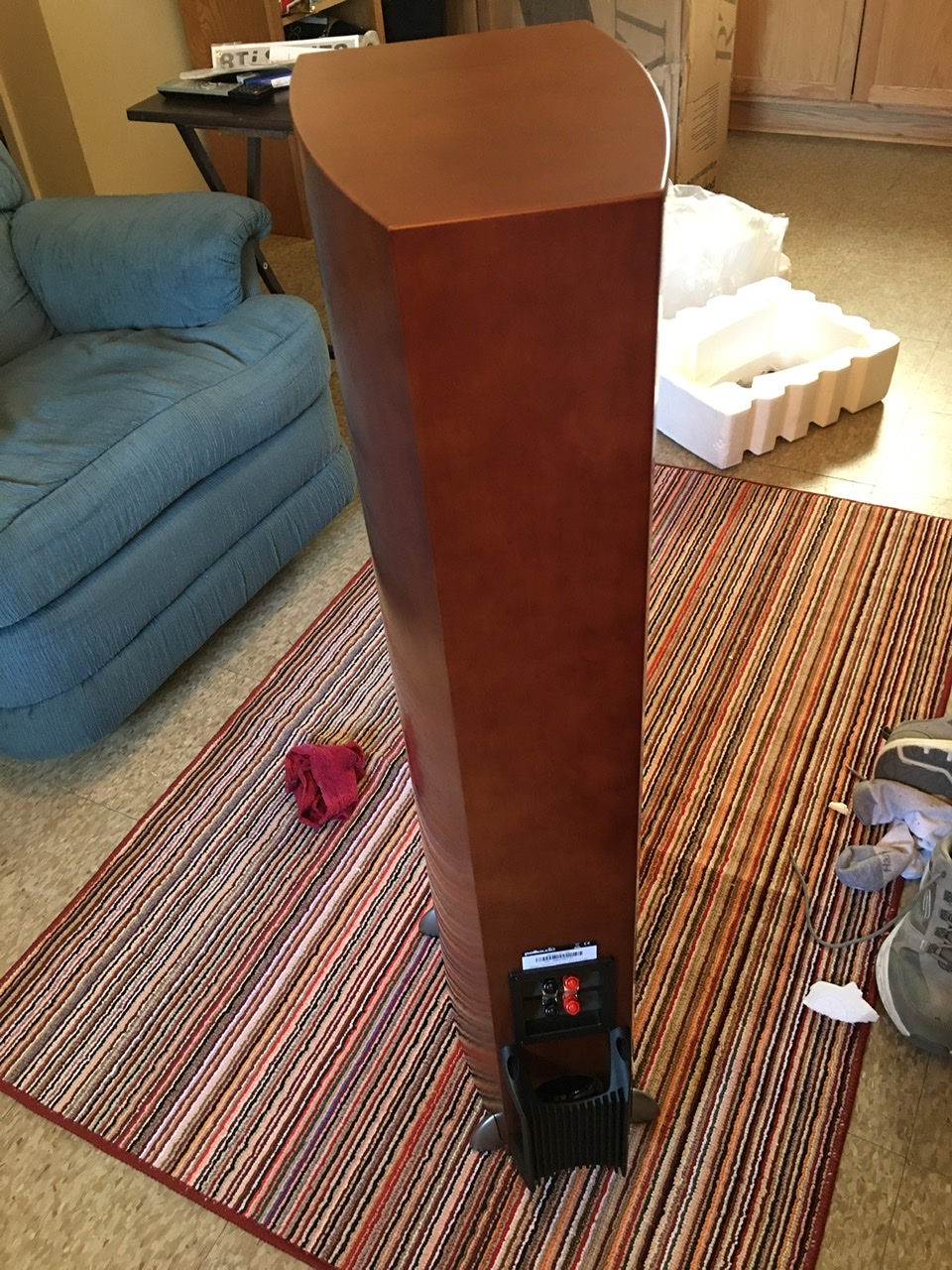 I think I have the bookshelf version. 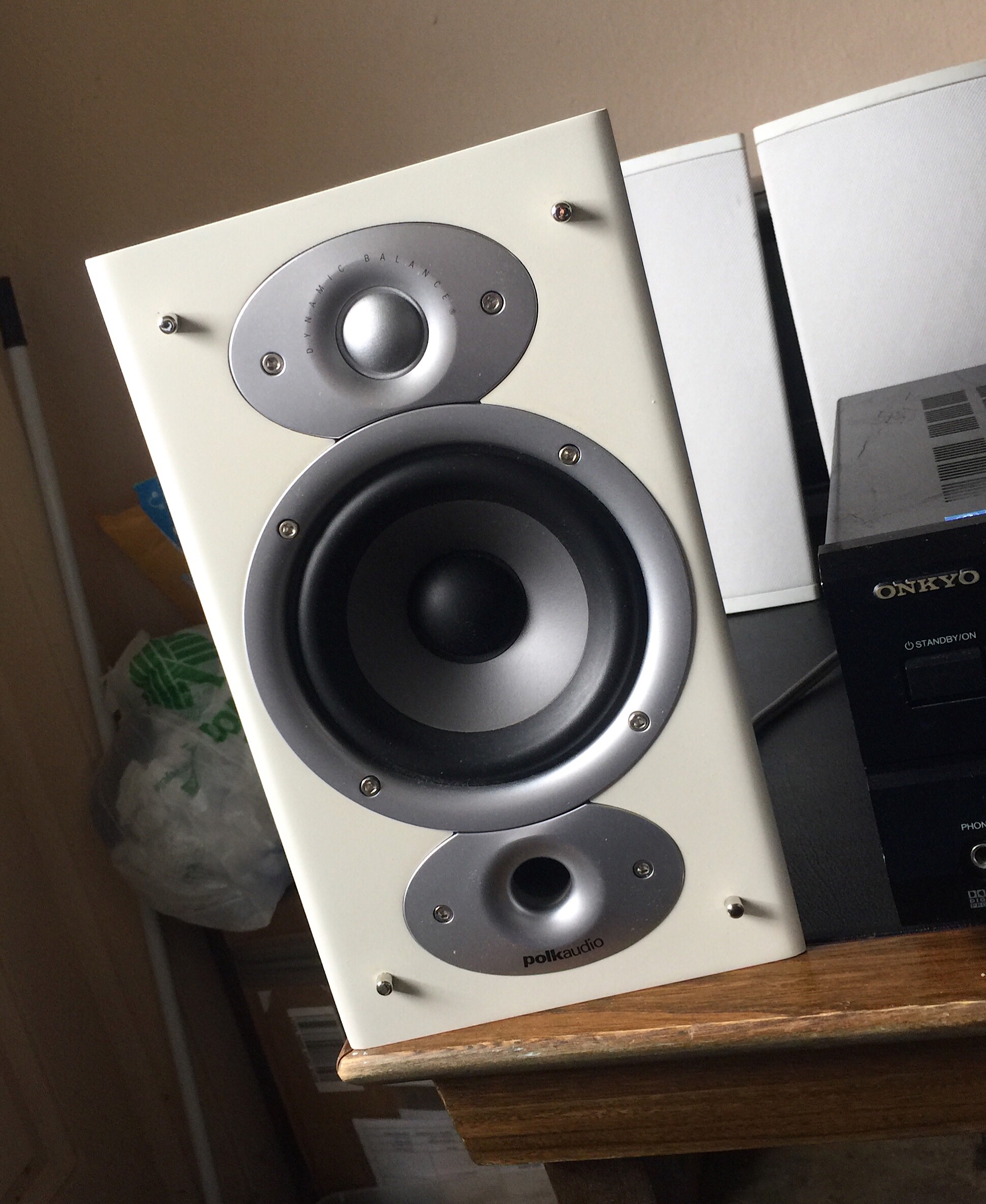 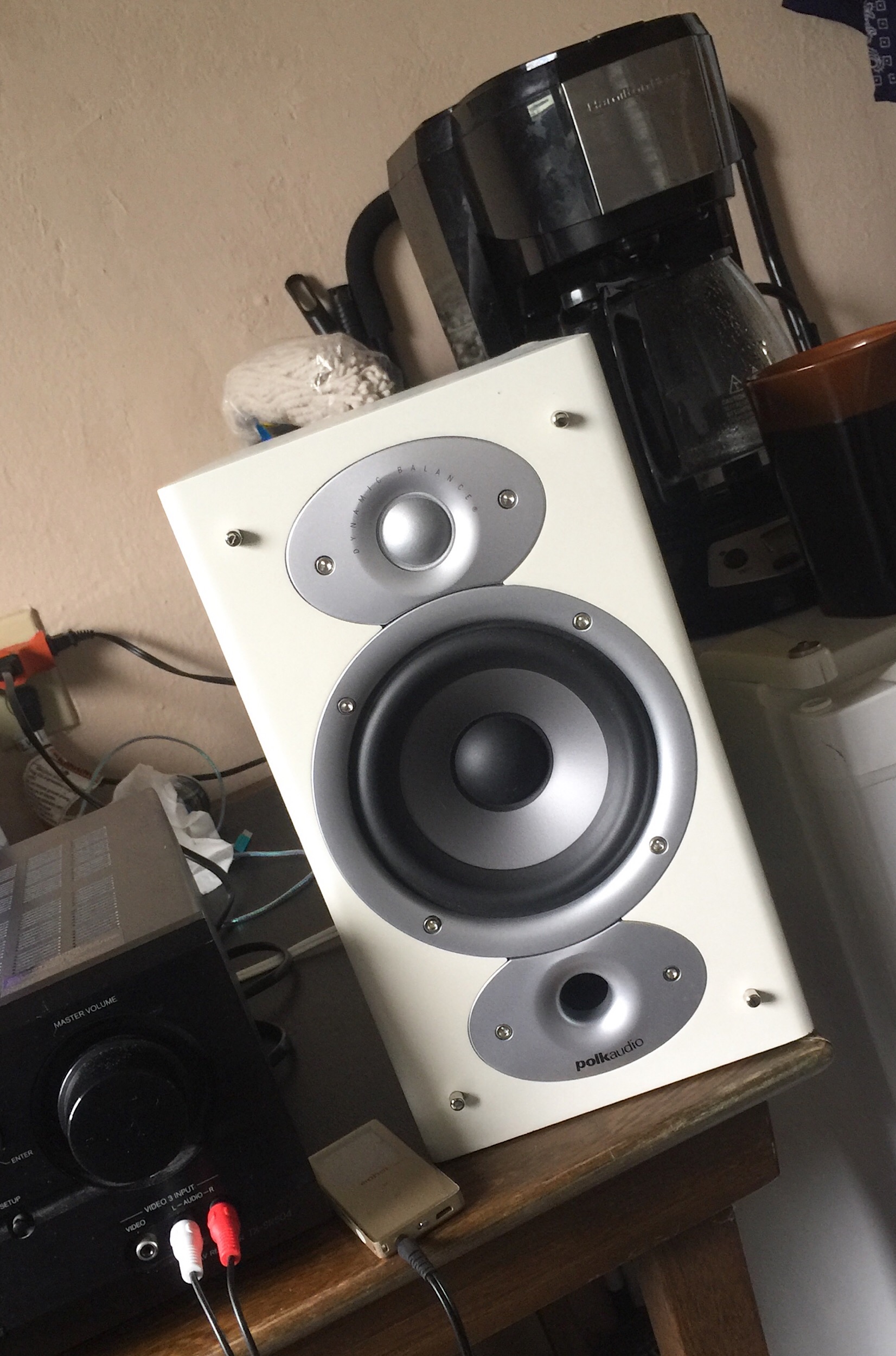 They sound pretty good to me. I need to find a place to put them to use. Enjoy. Pick those sneakers up!
Last edited: Sep 11, 2020

Hey! I see your coffee pot in the back, cup joe in the morning and net radio on some Still Stream.
K

How do you like the ELAC atmos vs the Pioneers you had? I got 4 of those same ELACs for $100 which was a great find. Use those downstairs vs. ceiling upstairs. I think they are effective but not as good as ceiling
K

Hitchslapped said:
I grabbed a pair of PB-3000’s in excellent shape for $1200 total....... been a few weeks and loving them. They didn’t have the port tube plugs, so I called SVS and they were in the mail same day. Awesome CS. Haven’t had the heart to plug them up yet.....
Click to expand...

That was a great deal on those 3000's. Hope you got an answer on the one with the AMP. How are you enjoying the Canton speakers you have there? Any comparison to prior speakers you owned?

So ya like em or for sale soon?
Mine are these actually. 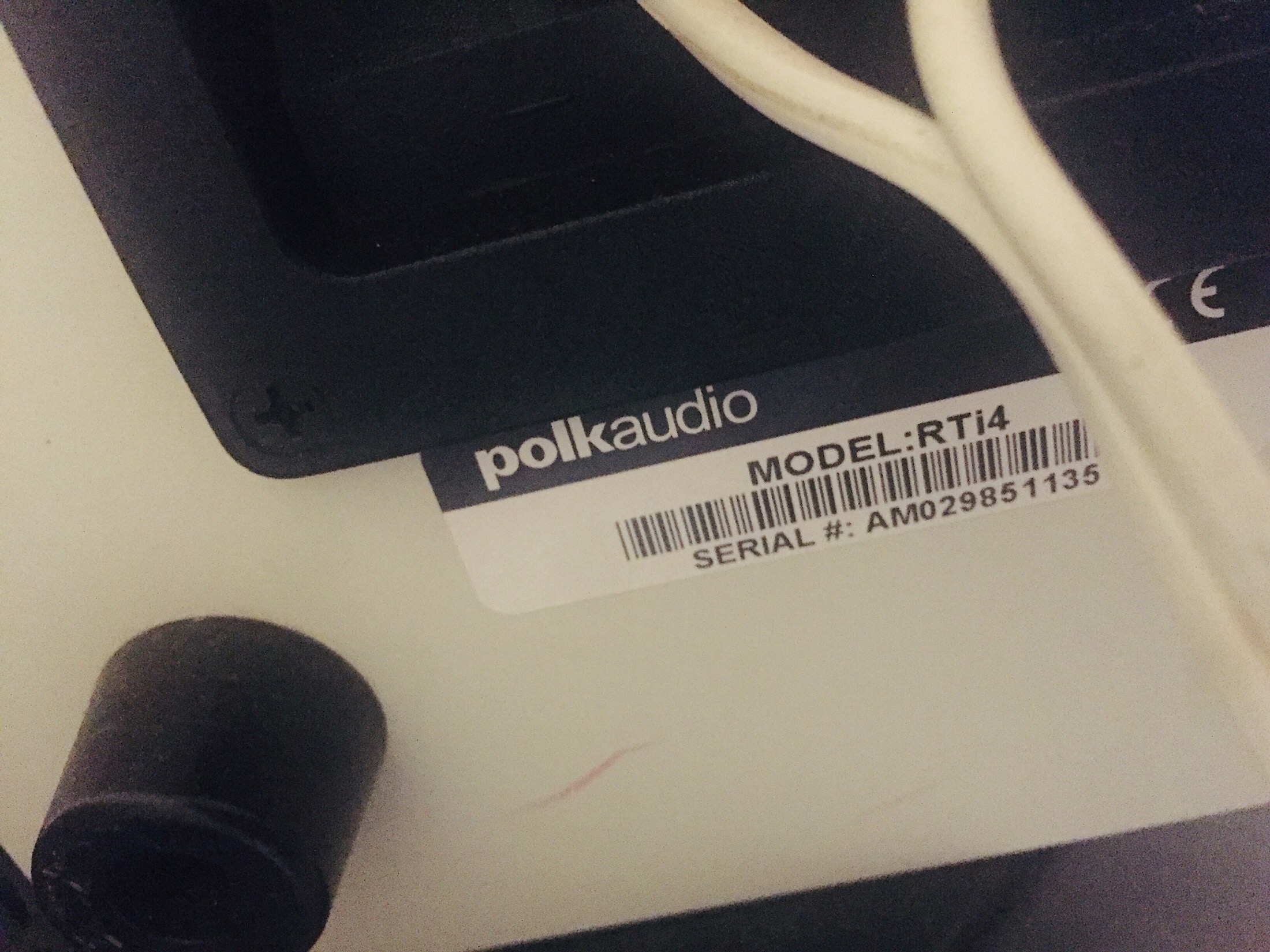 afterlife2 said:
So ya like em or for sale soon?
Mine are these actually.
View attachment 40181
Click to expand...

All depends, My youngest Son, started a setup for his son, my grandson, he is ten years old Big PS4 lil fellow. He has a Onkyo 656 AVR and two bookshelves. I am going to give my grandson my center, sub and my back surrounds. If I go with mains other than Polk 705's I'll use the RTi-5's in my bedroom. 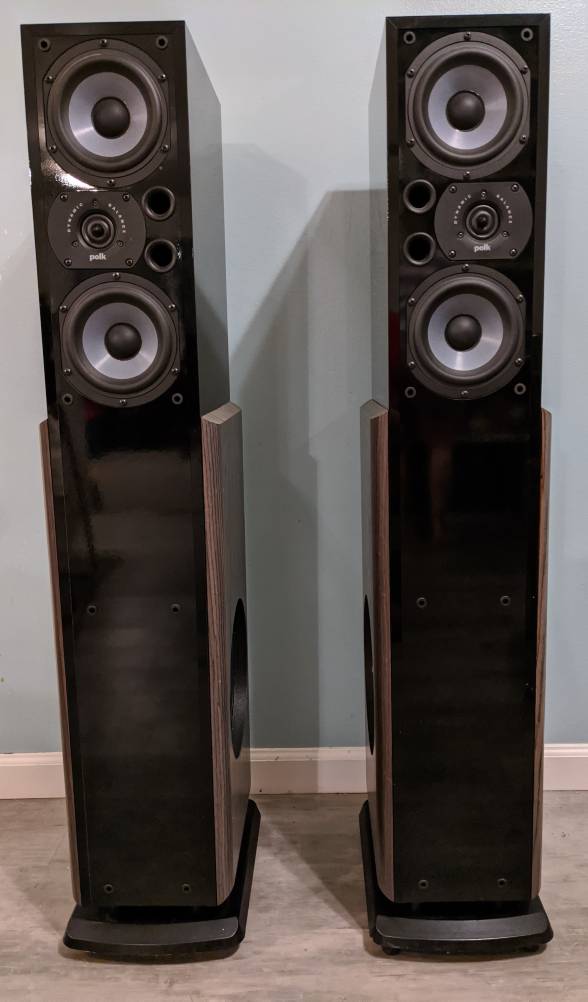 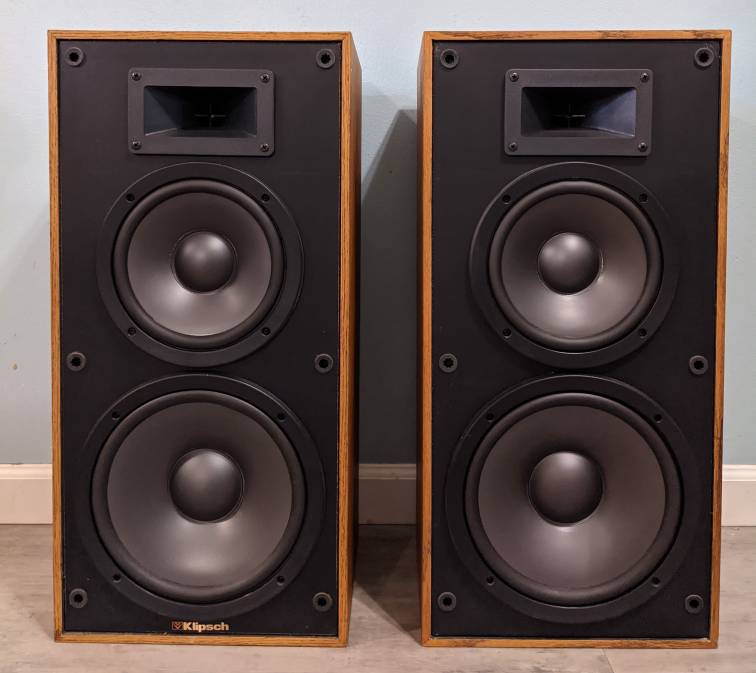 Yeah the PO ran them with a AVR with 8ohms... That's a No No! These babies need a 4ohm power Amp! Thankfully the Crossover board wasn't burned up.

Gmoney said:
PO? there are 427 Definitions for that acronym. Police officer, Purchase Order
Where or what site you found those Craigslist eBay private seller call my friend goodwill?
Click to expand...

Gmoney said:
The topend do nothing don't replace any of the driver's or tweeter stay with Polk replacements.
Click to expand...

The Tweeter is really nice in the LSi series. Great Speaker

afterlife2 said:
So ya like em or for sale soon?
Mine are these actually.
View attachment 40181
Click to expand...

Oh yeah, they're Solid speakers I forgot the 1st part of your question, I'll say this yep the they sound good at higher volume. From what I have read I can see why the ones who say no less than 200 watts. The sound stage doesn't collapse at higher volumes. Those who say brite topend yeah some but for me Source dependent, meaning older CD old rock yeah but not to where you get Fatigue. For Hi-Res that's where these Shine think Instrumental only music, Female voice like Diana krill or Karen Carpenter smooth very Detailed, Now I played Rush 2112 lil brite in the topend think screaming guitars. Pink Floyd Darkside of the moon off the chain sweet. So that's why I stated Source dependent. Well that could be said just about with any speaker. Subjective. Bass mid bass not boomy at all actually midbase is tight Accurate, lowend good better than I expected. HT use Excellent I have my cutoff at 80hzs on the AVR L/R set to full some say that's a no no for HT again Source dependent and some surround tracks just suck. But I have 4K disc movies for GOT and BladeRunner 2049 set mains to small and yeah really good tried mains set to full over powered center and surrounds. Sometimes surround feels like a crap shoot with older movies and blu-ray than 4K Hi-Res surround.
Than player Source dependent, I like to play around with tweaking but my Memory isn't what it used to be. Writing down everything now than it's like now where did I put those settings in that notebook? Anyways I still may jump on those Rti-a9's new 900 for the pair
Last edited: Sep 27, 2020

Gmoney said:
Yep i saw that, was just messing with you. You made a steal on those 100 coins huh?
Click to expand...

Yeah, that guy had no idea what he had. I felt kinda bad... almost like stealing it from him lol.

Gmoney said:
He had to know wouldn't you think so? Those aren't your everyday run-of-the-mill speakers. That's why I asked, eBay craigslist local newspaper. Never feel bad they went to a good home, There's nothing sadder than a old pair of flagship speakers sitting in a goodwill store homeless.

You are correct. I will enjoy these

So, you are now a Polkey?

Nah, I'm not married to one brand. I've owned many polks over the years.