i_max said:
Yes I have seen a few threads, including some which unearth ulf in movie tracks, that is another application I’m looking forward too.
Click to expand...

You must be talking about the BEQ stuff. I was gonna mention that since you’re quite interested in the low teens HZ. Figured you’d be bette with baby steps though. It’s easy to get overwhelmed.
I

Pogre said:
There's a learning curve. I was intimidated at first but when I rolled my sleeves up and dug in I got it figured out. I'll try to find the link to some instructions that helped me out.

Here's a link to the MiniDSP 2x4 HD. You can add the Umik mic and get both for $280. That's exactly what I have. Then I got a cheap boom mic stand for about 20 bucks on Amazon.
Click to expand...

I have a tripod I could use to hold the mic in position during testing. Is the remote control for $5 worth buying, what would it be used for?

Also, I would. It try an audyssey mic since they’re is NO way of knowing what it’s expecting, and there’s no cal file for it.
I

The Monolith arrived on Saturday, sooner then I expected! Pictures don't do justice to how big that box is, its like a dishwasher box. Thankfully with a dolly I was able to move it to the basement with ease. A friend helped me move it to the room.

Some context before the later part of the story, the monolith replaced an old sub I had which came with a 5.1 set, the mirage nanosat, its a 8" ported sub. I had the crossover very low, since my 707's can go down to 30 Hz, although not at higher volumes.

This was in the evening so I had started having some wine, and then I tried a sub crawl, which I frankly couldn't really pick up a good spot. I figured i'd put it in the front for now and tune it there and try it later at some point.

To my surprise the Monolith had barely any output, and I tried a few different things, at first the red green light was flashing so I figured the power into a single surge protector with TV & receiver and other electronics wasn't enough, so I moved it to a different plug and got a steady green light, I still wasn't getting any output, I changed cables, and realized I had to goto a pretty high volume, at this point I increased the gain to about 2pm mark, and then I started seeing some out put. In the levels screen on the receiver I had to be close 70/75 for sub woofer to work. I started getting worried I got a lemon. I had recently got the Audessey app, I ran Audessey through that, and watched Acquaman, and the sub wasn’t exactly doing much. So I tried a few different things and called it a night, almost convinced something is wrong with the sub. I thought maybe I need to do a better room analysis, so I panicked ordered the Umik 1 and minidsp ( actually got a decent deal).

Anyway next morning I figured starting from scratch so I reset my receiver to factory settings. Followed this thread

The Guide, which starts here in Post 1, and which continues in Post 2, is intended to be a general guide to Home Theater, HT calibration, and audio quality. Due to its roughly 250 page length, I have had to divide it into two posts. Sections I through III follow the Introduction in this post...

After reading this thread someway, calibrating through Audessey and watching audioholics subwoofer crossover video, I realized what I was doing wrong, a bunch of things actually. First of all in the app once the measurements are done, they have to be uploaded back to the receiver to take effect, which seems to be absent in any steps. I figured I wasn’t sure any readings were getting used or not, and the measurements in the receiver were different. So I clicked the buttons and found the upload.

Next I realized the crossovers were really wierdly set since my old sub wasn’t very good and I was trying to drive most of the low end from the towers. So after all of this, I initially set the sub so in Audessey it was set to -10.5 and on the sub the gain was 12.30 point. This actually is a lot of bass and the sub is more working great. The LPF is at the maximum setting. I do have variable crossovers the fronts are at 80hz, the rest are in between 100-120 hz. music is sounding great, perhaps the best I have ever heard. And movies are really good but maybe a little too much bass, I need to dial it down for the movies a little. I’m waiting for the mic to arrive tomorrow and then I’ll do some room correction. This rabbit hole goes quite deep! thoroughly enjoying this. 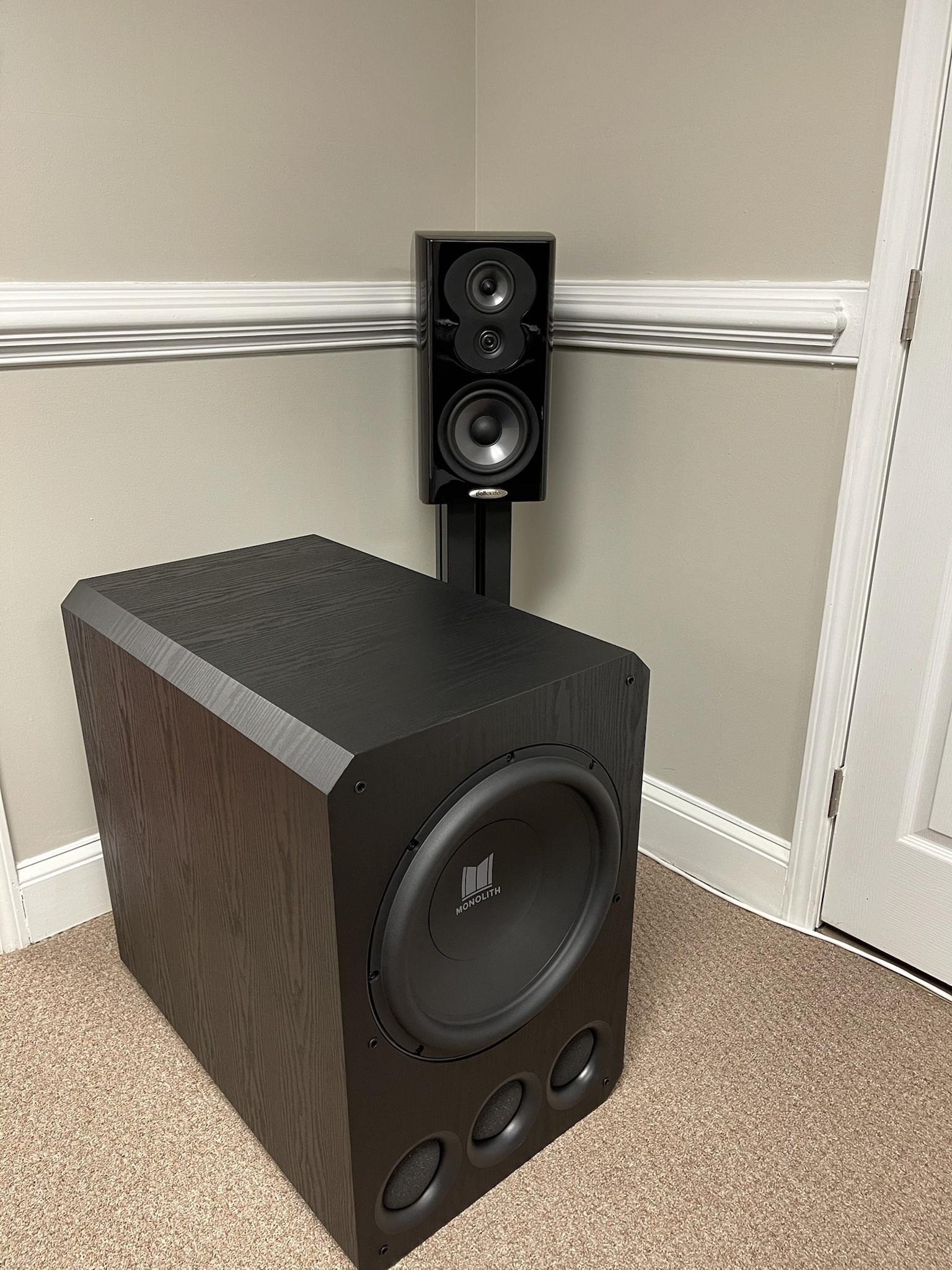 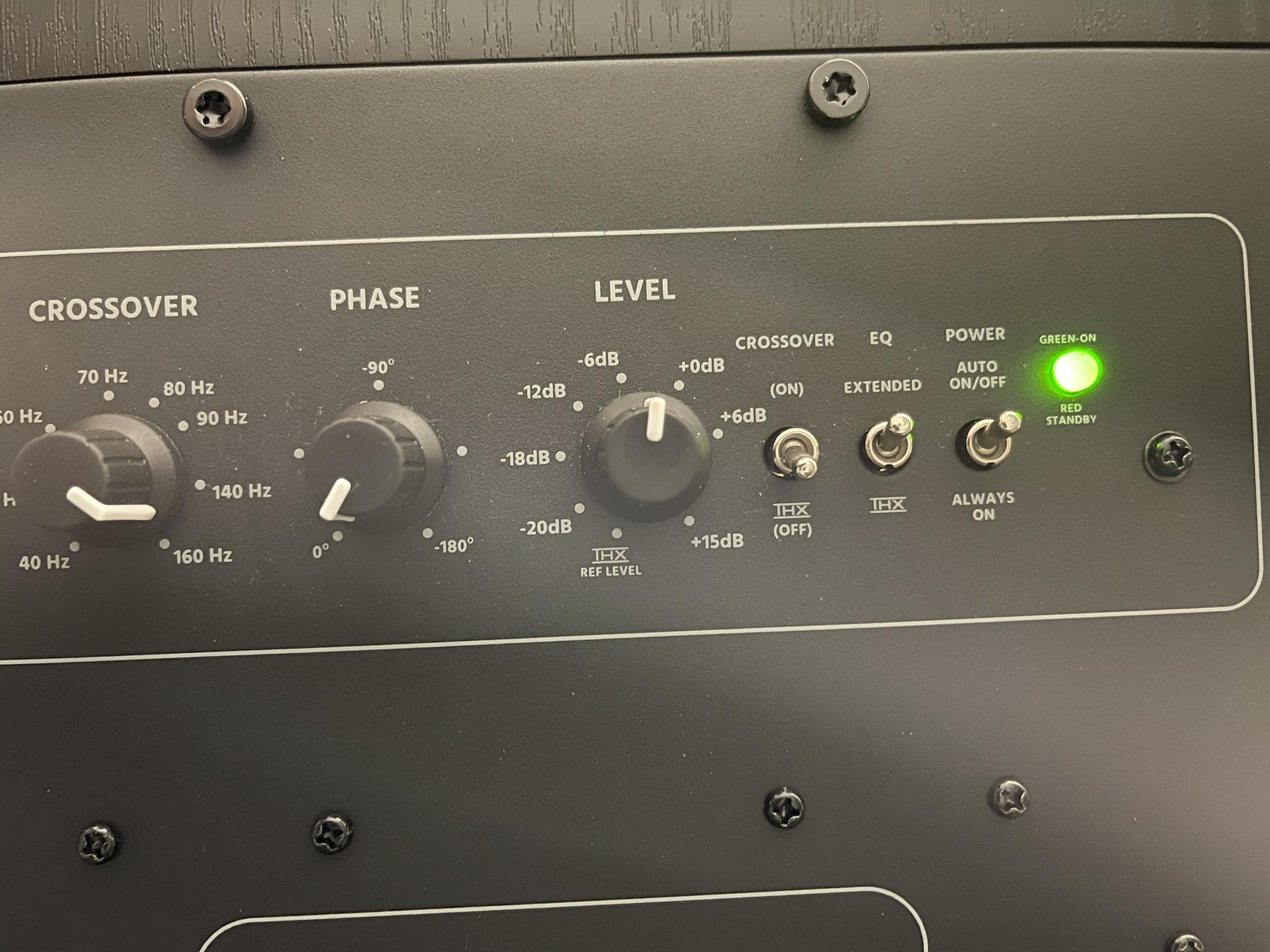 I’ve been playing around with the Sub and Audessey. I received Umik-1, and minidsp, and trying to figure that out, I did the following steps.

Reset my receiver, ran Audessey (8 positions). Took REW measurements from the centered MLP. Used that measurement in REW to process a minidsp curve, and then added that to the minidsp output ( was it supposed to be used at the input)?

I used a few different things to get here, is there a write up or any videos you all would recommend to watch to look at these steps? It seems the newer REW interface of a little different as well from the previous guides.
K

Why are you running it in sealed mode? Kind of a waste unless the room it's in is tiny in which case you could've just gotten a sealed sub to begin with.
I

kini said:
Why are you running it in sealed mode? Kind of a waste unless the room it's in is tiny in which case you could've just gotten a sealed sub to begin with.
Click to expand...