A farm boy took his pet duck and got in his pickup to go to the movie picture show in town.
He walked up to the ticket booth with his duck under his arm to buy a ticket, but the girl said, “sir, you can’t bring that bird in here”.

The country boy tries to explain ’bout how the duck is a housebroken pet, but the girl says, “SIR, I’m sorry but you can’t bring that animal into the theater”.

So, he’s is sitting in his truck, stroking his duck, trying to think, and has an idea!

He hides his duck down the bib of his overalls and goes and buys a ticket and sits down next to these two town girls with his duck hidden in his pants, and starts watching the movie.

A few minutes later, one of the townie girls nudges the other, and says, “this guys got his meat out”.

Her friend says “ignore him, you seen one, you’ve seen ’em all”.

The first girl replies, “not like this one, it’s eating my popcorn”.

Steve81 said:
My younger son has been obsessed with kingfishers since learning about them in school. Naturally he wants a plush, which lead to this discovery.

You know what you have to do?? Right?

panteragstk said:
You know what you have to do?? Right?
Click to expand...

I don't think I want to tackle that DIY project

A guy and his wife are playing Golf and she gets stung by a Bee. She's allergic so they go to the ER. The Doc says "Where did you get stung?" She says " between the 2nd and 3rd hole". Doc says "Wow, your stance is way to wide." 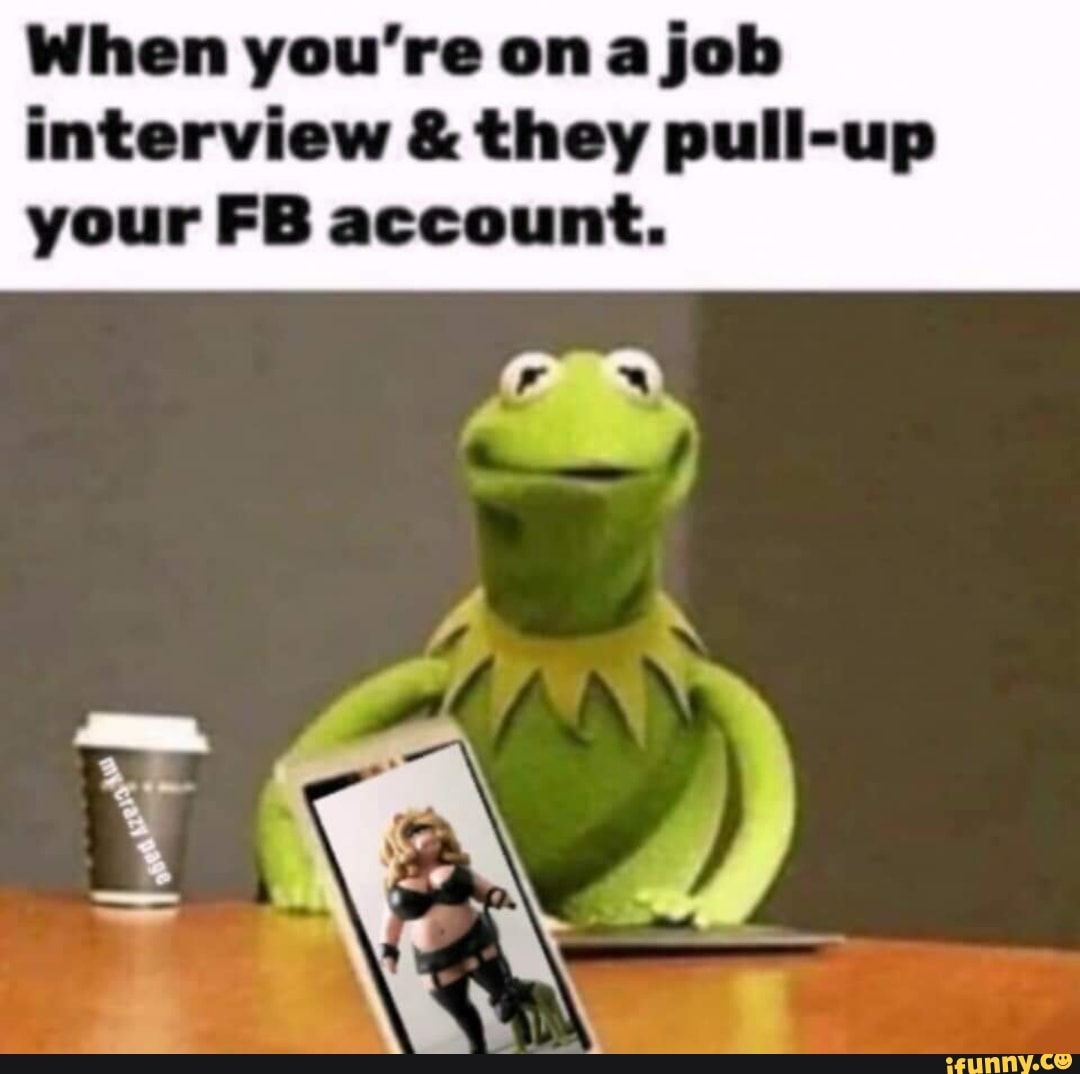 One Sunday morning Joe burst into the living room and said: "Dad, Mom, I have some great news for you! I am getting married to the most beautiful girl in town. She lives a block away and her name is Susan."

After dinner, Joe's dad took him aside and said: "Son, I have to talk with you. Your mother and I have been married 30 years. She's a wonderful wife but she has never offered much excitement in the bedroom, so I used to fool around with women a lot. Susan is actually your half-sister, and I'm afraid you can't marry her."

Joe was heartbroken. After eight months he eventually started dating girls again. A year later he came home and very proudly announced: "Dianne said yes! We are getting married in June."

Again his father insisted on another private conversation and broke the sad news: "Diane is your half-sister too, Joe, I am very sorry about this."

Joe was furious. He finally decided to go to his mother with the news.

"Dad has done so much harm. I guess I am never going to get married," he complained. "Every time I fall in love, Dad tells me the girl is my half-sister."

His mother just shook her head and said: "Don't pay any attention to what he says, dear. He's not really your father."

A guy approached a priest to request a funeral for his dog. The priest explained he couldn’t do that, but the man insisted. “Sorry, why don’t you ask the Protestant minister across the street?” says the priest.

“That’s too bad, Father,” said the disconsolate man as he was leaving. “There was going to be a thousand dollar stipend.”

The priest stopped him: “Why didn’t you tell me your dog was Catholic?”

I hear their meat is delicious

Bill Gates, Elon Musk, The Dalai Lama and a junkie are travelling in a small plane. Suddenly, the plane shudders and shakes, and goes all quiet.

The pilot comes into the cabin and announces, ‘Well chaps, we have an engine failure and are about to crash. We have only four parachutes and I’m taking one. You four sort out the remaining three amongst yourselves.” Saying so he grabs a parachute and jumps out of the plane.

Elon Musk says, “I hold the future of the world in my hands so I need to live.” He then grabs a parachute and jumps out.

Bill Gates then announces, “I’m the world’s smartest man, so I need to live too.” He grabs another parachute and jumps out.

The Dalai Lama tells the junkie, “Son, I’m old and have lived my life. You are young, so take the remining parachute for yourself.”

The junkie smiles and says, ‘Sir, we have enough parachutes for us both. The world’s smartest man just jumped out with my backpack.”

A father and son went hunting together for the first time.
The father said "Stay here and be very quiet. I'll be across the field."

A little while later the father heard a blood-curdling scream and ran back to his son asking, "What's wrong? I told you to be quiet!"

"Look, I was quiet when the snake slithered across my feet.

I was quiet when the bear breathed down my neck.

But when the two chipmunks crawled up my pant legs and said 'Should we eat them here or take them with us?' I panicked..."

A little boy came home from the playground with a bloody nose, black eye, and torn clothing.
It was obvious he'd been in a bad fight and lost. While his father was patching him up, he asked his son what happened.

"Well, Dad," said the boy, "I challenged Larry to a duel. And, you know, I gave him his choice of weapons."

"I know, but I never thought he'd choose his big sister!"

Cop on horse says to little girl on bike, "Did Santa get you that?"

"Well tell him to put a reflector light on it next year!" and fines her $5.

The little girl looks up at the cop and says, "Nice horse you've got there, did Santa bring you that?" The cop chuckles and replies, "He sure did!" "Well," says the little girl, "Next year tell Santa that the dikk goes under the horse, not on top of it!"

Two cannibals are eating a clown, and one looks at the other and says, Does this taste funny to you?

A young aristocratic woman pulls up to a large New York bank in her Rolls Royce.
She parks in front of the bank and goes inside where she is greeted by a banker.

"Hi, Sir. I would like to take out a loan using my Rolls Royce as collateral" the woman says to the banker.

"Yes ma'am. How much money will you need to borrow?" he asks.

She reassures him that is all she needs and she will be back in 30 days to pay the loan balance plus interest in full.

The banker can't believe it, but he writes up the paperwork, has her sign and gives the woman her money. He then orders security to move the car down to the vault where it can be safely stored as collateral. He laughs with his co-worker about how much of a idiot this woman is!

30 days later the woman returns to the bank with $534.00, the amount of the loan plus one month interest, just as she promised.

She replied "I didn't need the $500 but I was leaving the country for a month and needed a secure place to store my car. $34 is WAY cheaper than anywhere else in New York."

EDIT: sorry, this post ended up in wrong thread

The total estimated losses of the ruzzian army for today. 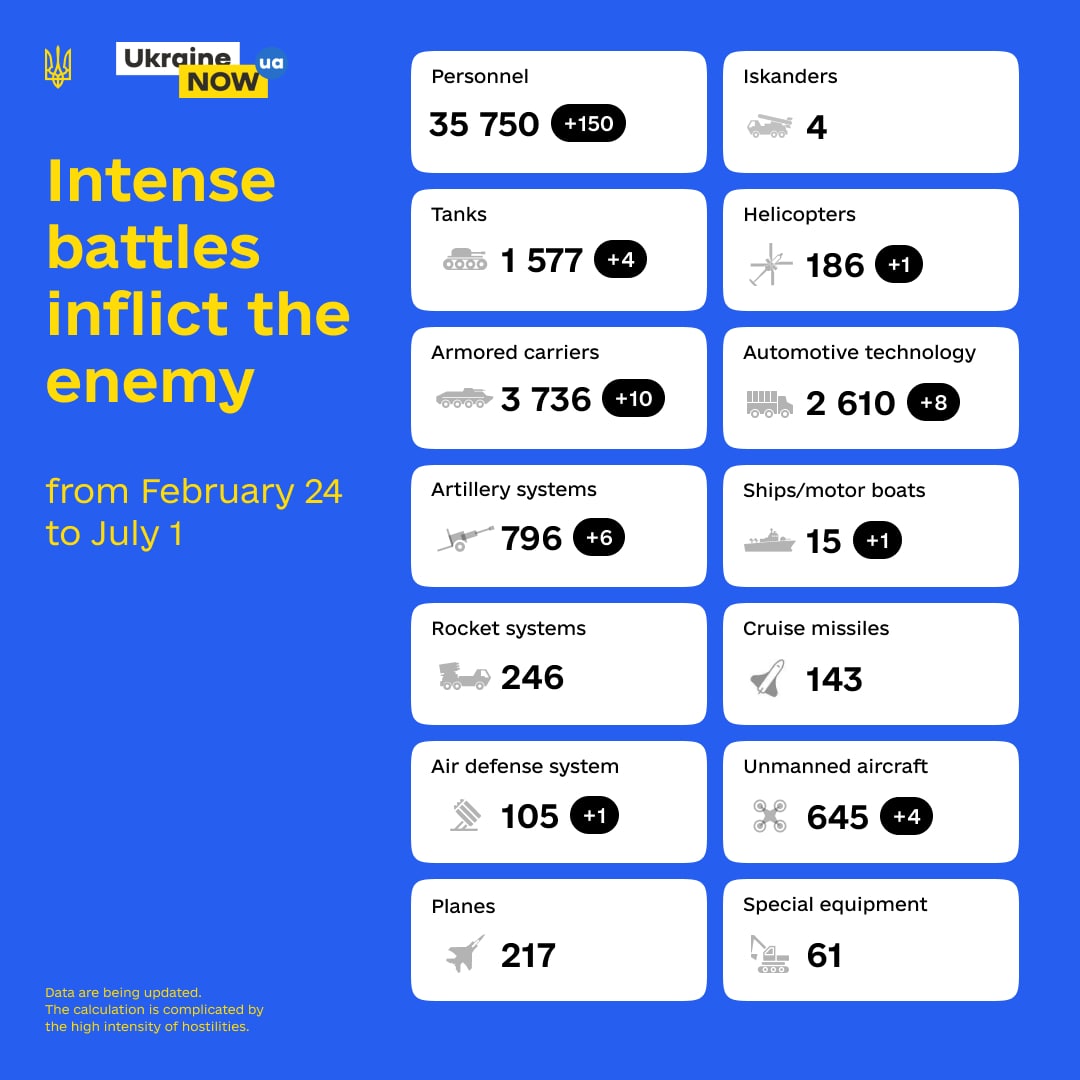 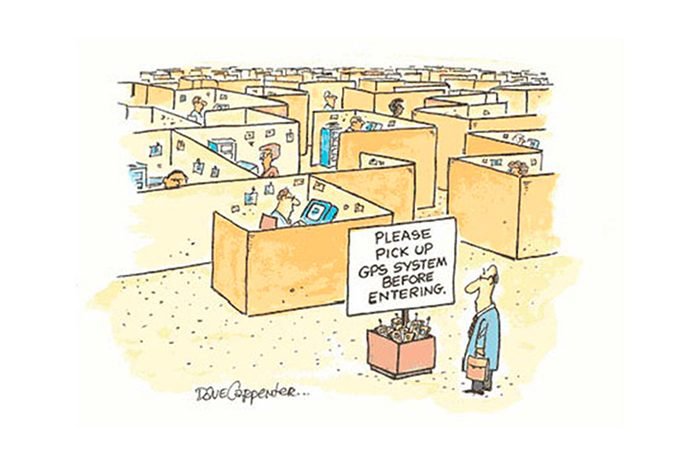