lovinthehd said:
What 2 ch amp actually can double down without manipulation of the spec, tho? What avr even says it can "double down"?
Click to expand... 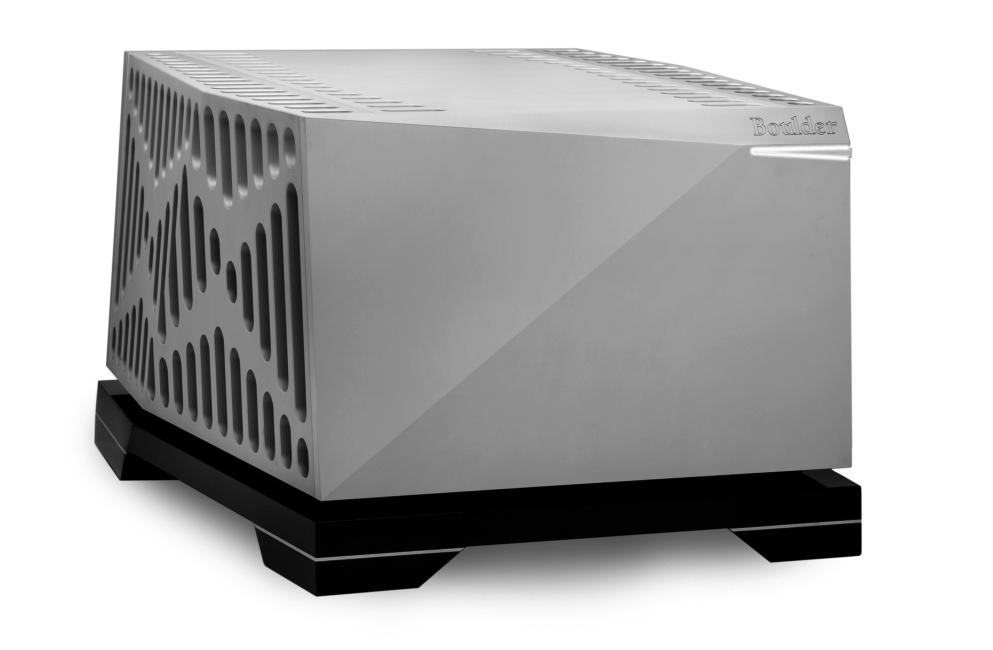 The Boulder 3050 Mono Amplifier, our flagship, is our largest, most powerful, and most luxurious product in over 30 years of sound system design.

The Boulder 3050 Mono Amplifier, our flagship, is our largest, most powerful, and most luxurious product in over 30 years of sound system design.

It's just a deceptive thing generally. Comparing like spec at output has some meaning of course. I'd like to see how much more capable at 4 or 2 ohm these particular amps are vs a good powerful avr, tho (referring to the CJ/Krell in this thread, not the ridiculous Boulder thing).
Last edited: Feb 16, 2020
O

"You'll never be the same."

This was what S&V said about it's output:

Now the Krell may be able to do it literally continuously, like all day long.. No argument from me in that sense, but in terms of practical value for real world use, then it is a different story.

Edit: Just check, both use 10 A Mains fuses, so neither one can do ACD into 4 ohms. They can probably do 5 channel driven into 8 ohms continuously (if meant literally continuously..) but not more than that.

@Mesonto , which preamp/processor will yo be using? Those two amps has relatively low gains, 26-27 dB, need 1.5-1.55 V to drive them to just rated output according to specs. For the money, you are better off with a Monolith amp (made by ATI), Marantz MM8077 brand new, or if Canada, MCA 525 (if you can find a good used one).
Last edited: Feb 17, 2020
You must log in or register to reply here.
Share:
Facebook Twitter Reddit Pinterest Tumblr WhatsApp Email Link