All my stereos, updated frequently.

My Continuously Evolving Blob of Electronics

This thread is subject to swift changes.


I am only a college student living in a 2 bedroom apartment. I don't have much money, because I spend it on audio stuff that I know I don't need. So I guess you could say that I am helplessly addicted, thank goodness it isn't drugs or smoking I am addicted to.

I am an audio scavanger, so the stuff I find may be outdated or banged up, but I always strive to get the best bargain possible. You may see me nose around in a Hi-Fi store asking them a bunch of questions, and possibly making a fool out of a stupid deceitful salesman.

I have moved my system to my living room as it used to be in my bedroom.

Front view, look closely at the TV screen you will see the amazing levitating lamp- 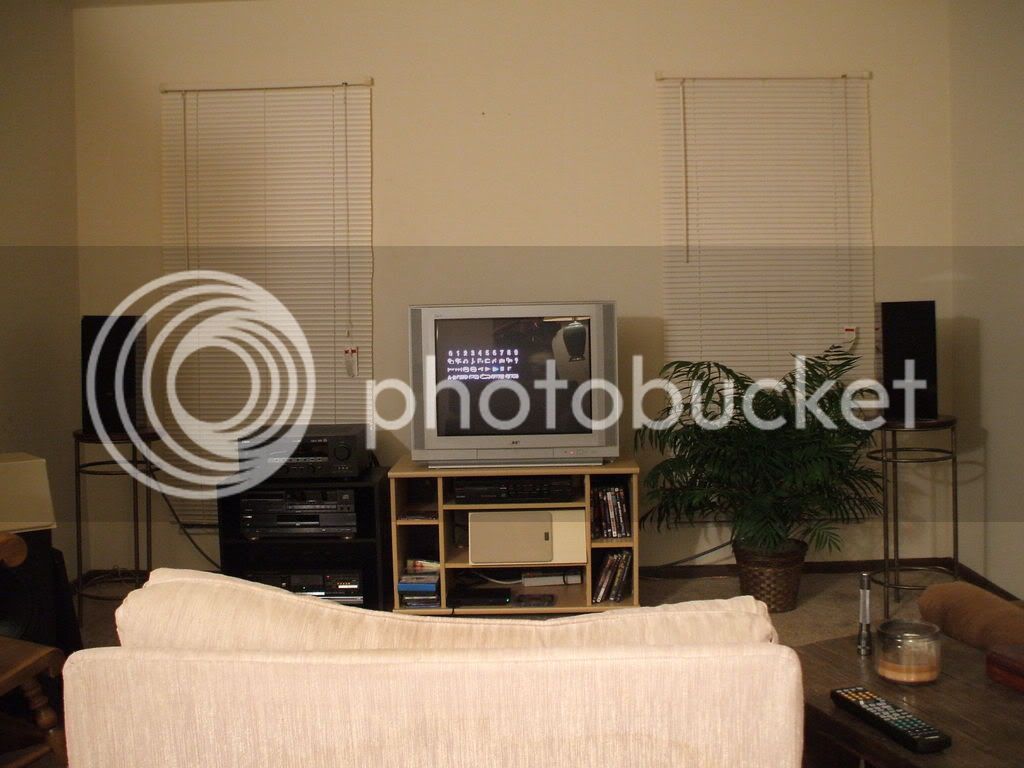 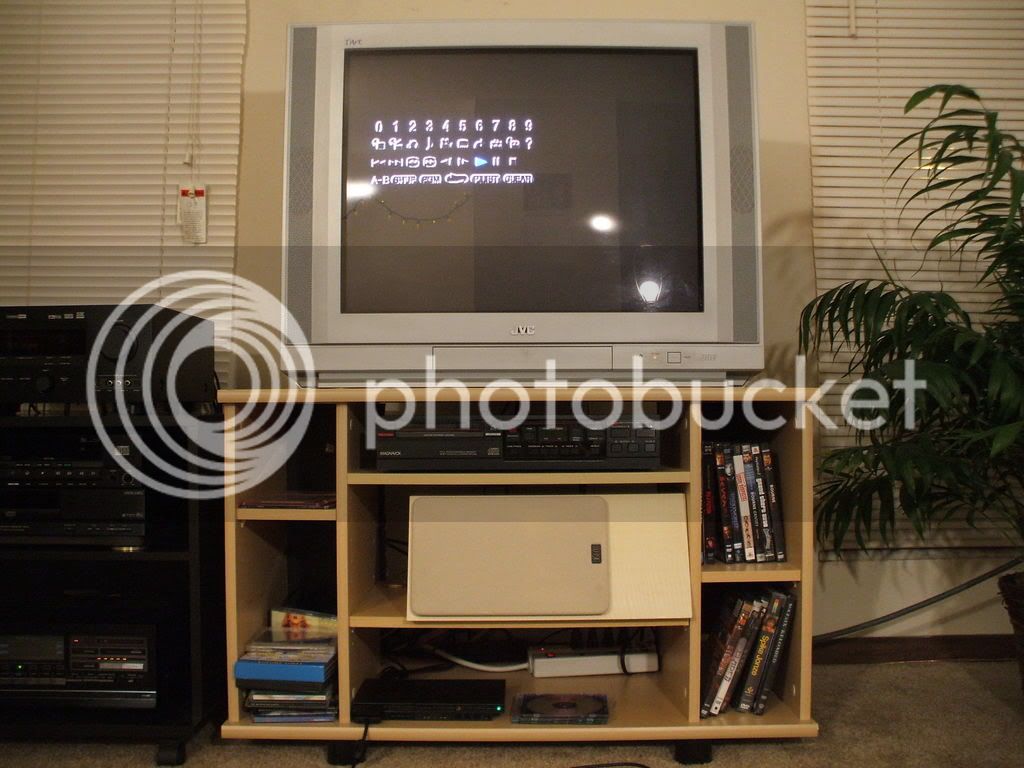 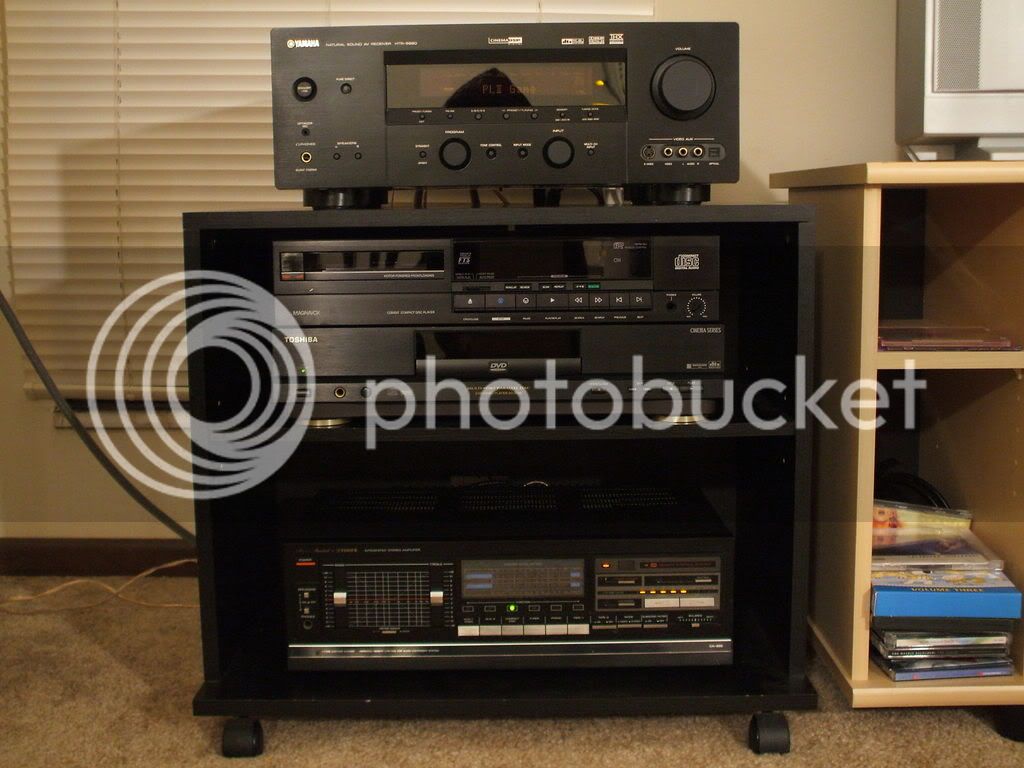 Close up of NHT 1.5 used as a center channel, which I had planned to shield, but it works fine were it is- 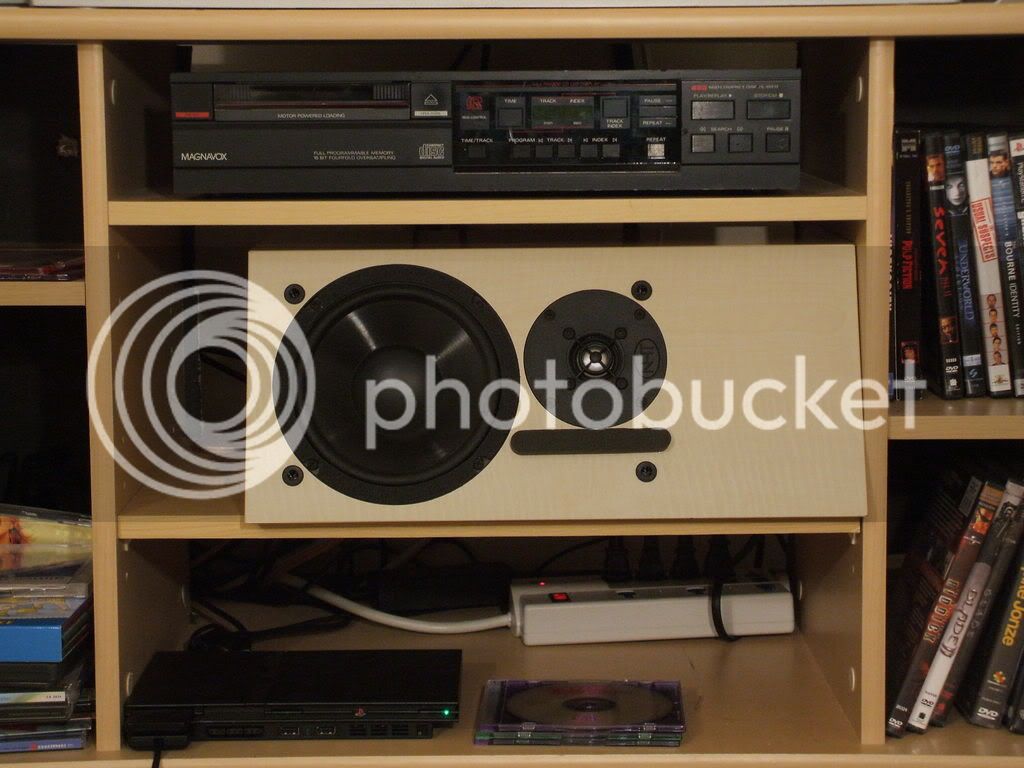 M&K being slowly re-employed into the system- 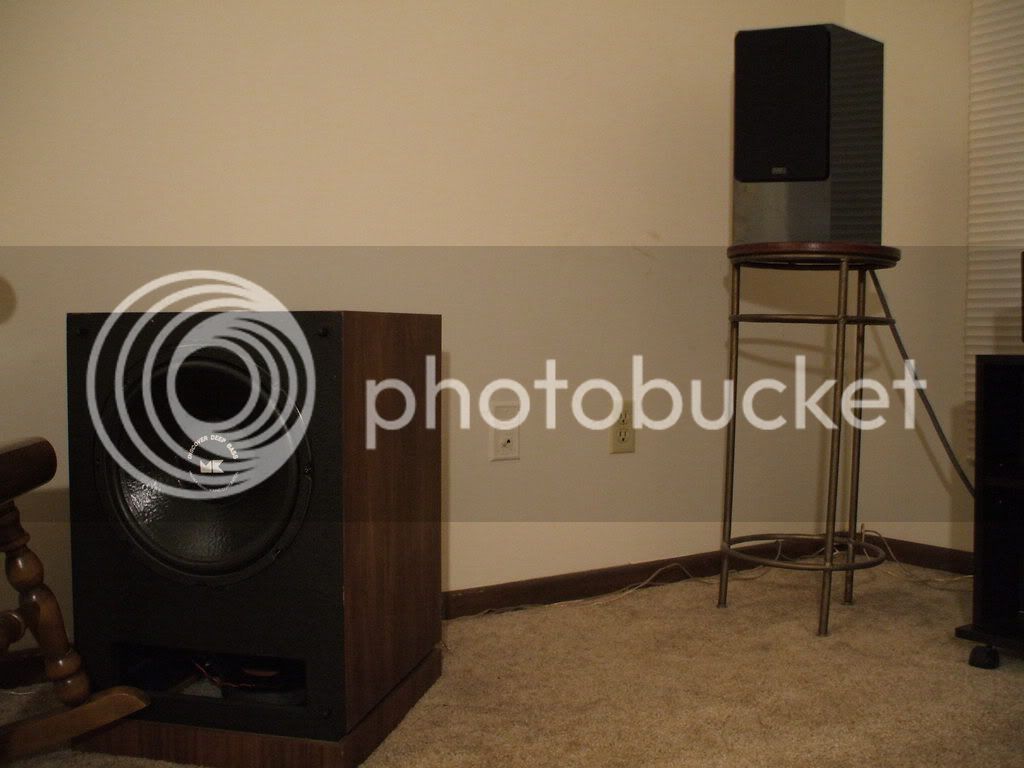 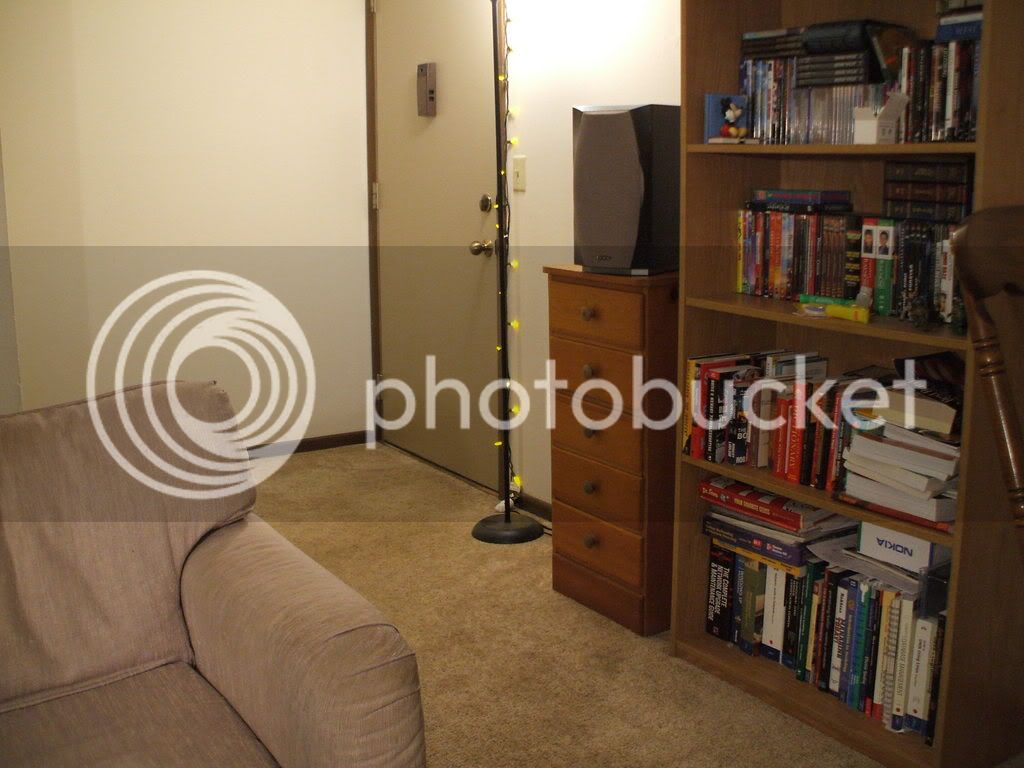 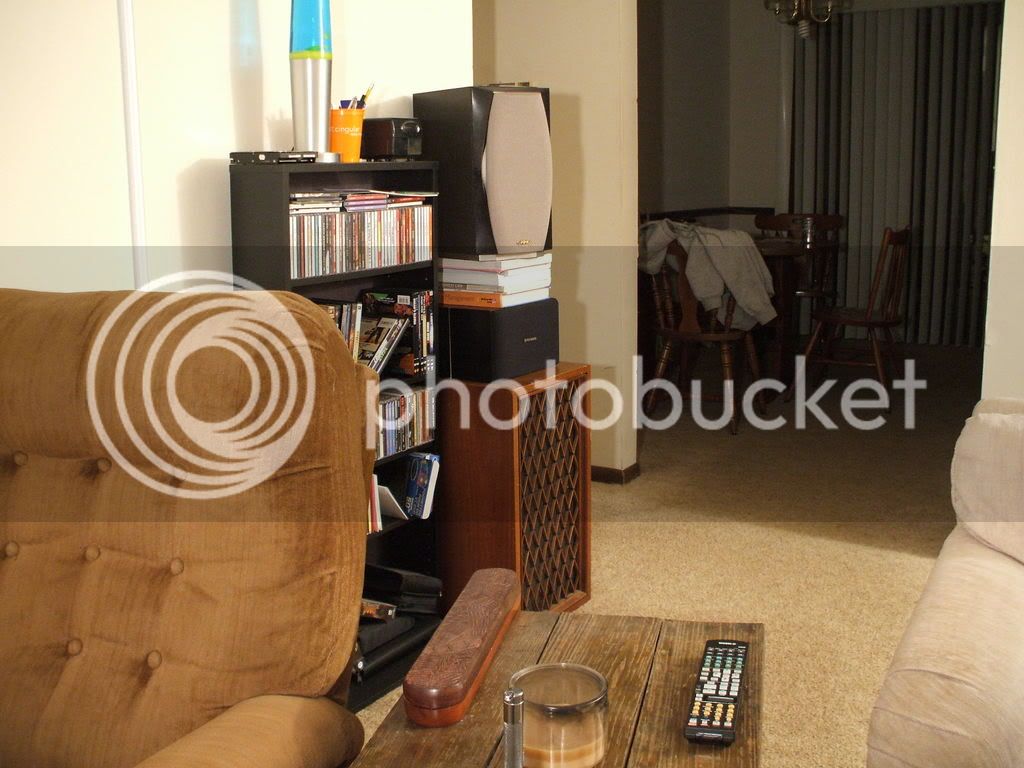 Second system (living room). I don't spend much time in the living room so it gets the lesser of components.
Television- Sanyo 20" convex tube with stereo av inputs
DVD player-Mini PS2
CD player- Magnavox CDB-560 very similar to CDB 650, only not as pretty and lacking some features like a Filtered analog output, needs mods too.
Integrated Amp- Customized Altec PC speaker system amplifier See thread: http://forums.audioholics.com/forums/showthread.php?t=27028
Speakers- BIC C-8.3 on speakers with dual 8" woofers and a 1" tweeter.
Secondary Source-PC for listening to music downloads, even though I hate most MP3s.
Last edited: Dec 16, 2006
D

A few matching loudspeakers for the fronts (three-screen) and an array of surrounds down the sidewalls and rear wall will place most in there place mate!

A few matching loudspeakers for the fronts (three-screen) and an array of surrounds down the sidewalls and rear wall will place most in there place mate!
Click to expand...

Thank you for the advice. I need a new receiver before I can do surround sound again. The Magnavox is limited to 2 channel playback because on of the surround channel transistors is fried. And aside from that it is only pro-logic.
D

That’s ok cinemas still play Dolby Stereo A and SR depending on the type of presentation some use THX which makes it sound like 70mm or Dolby Digital.

Look around on the Ebay, but use caution as there a few evil people out there that would rip you off. Or you could try the home cinema stores for ex-demonstration equipment usually they flog it off at good prices mate that would fit the size of your pocket.

Nice setup...what do you use for a monitor in your room?

You mean the computer monitor? It is a flat 17" CRT monitor that was with a compaq system. I got it at a garage sale for $3.

Thanks for posting the pictures. Excellent use of funds. Keep up the good work.

This is for Sheep, and anyone not sitting on a cushion. 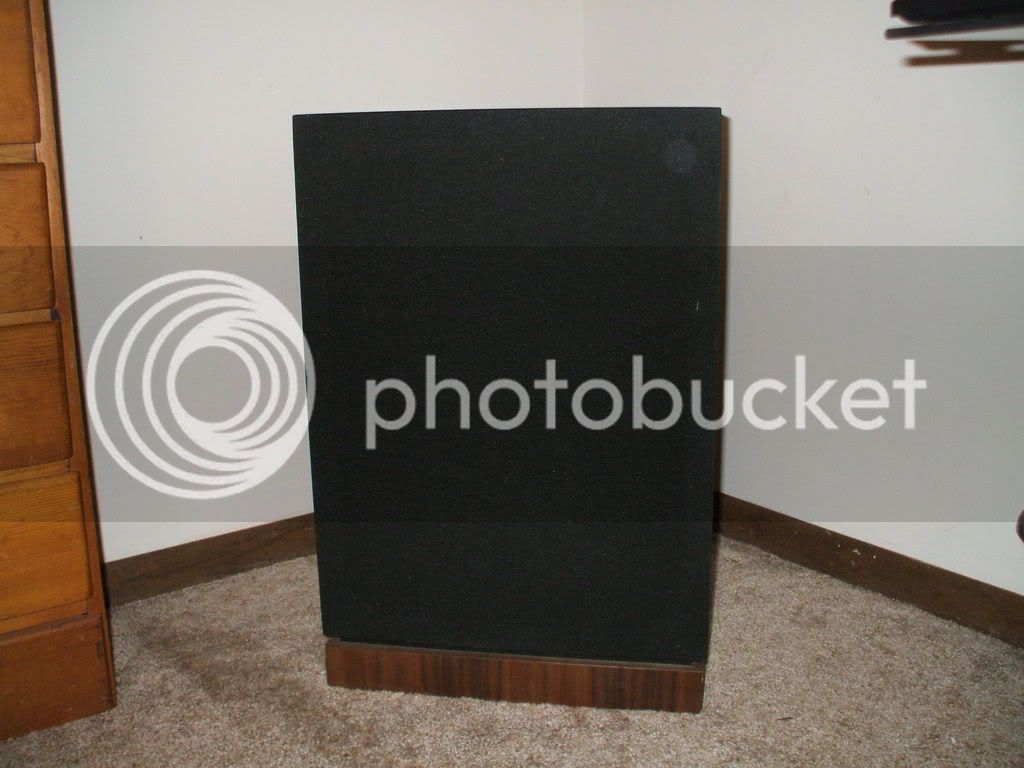 Front with no cover- 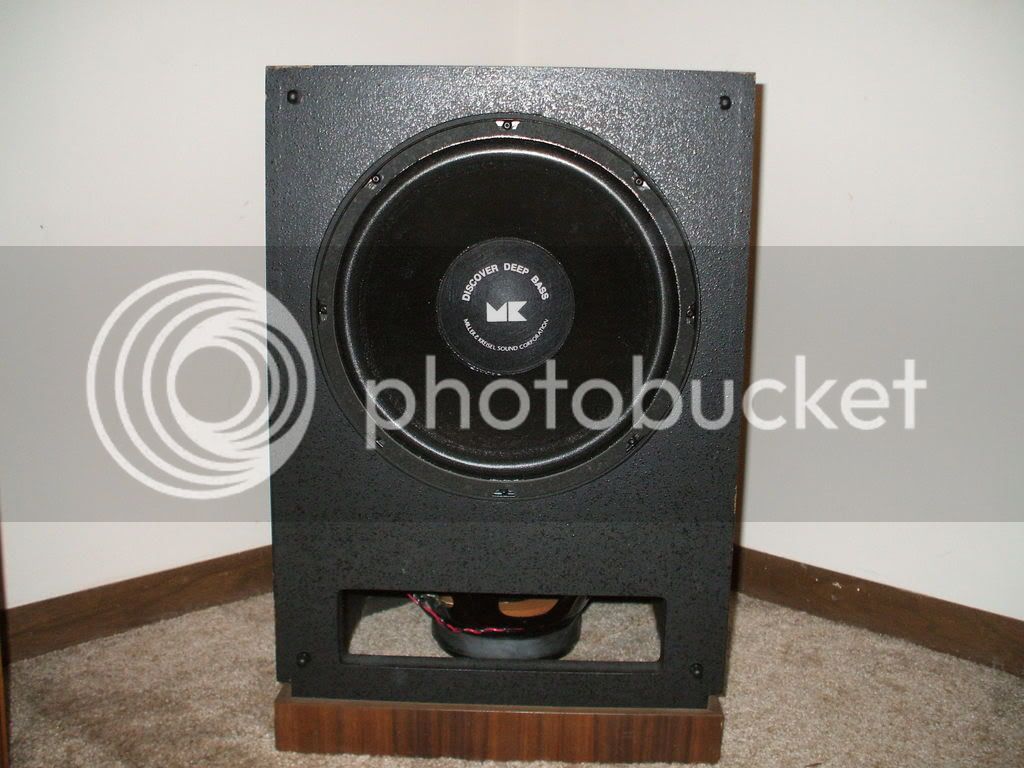 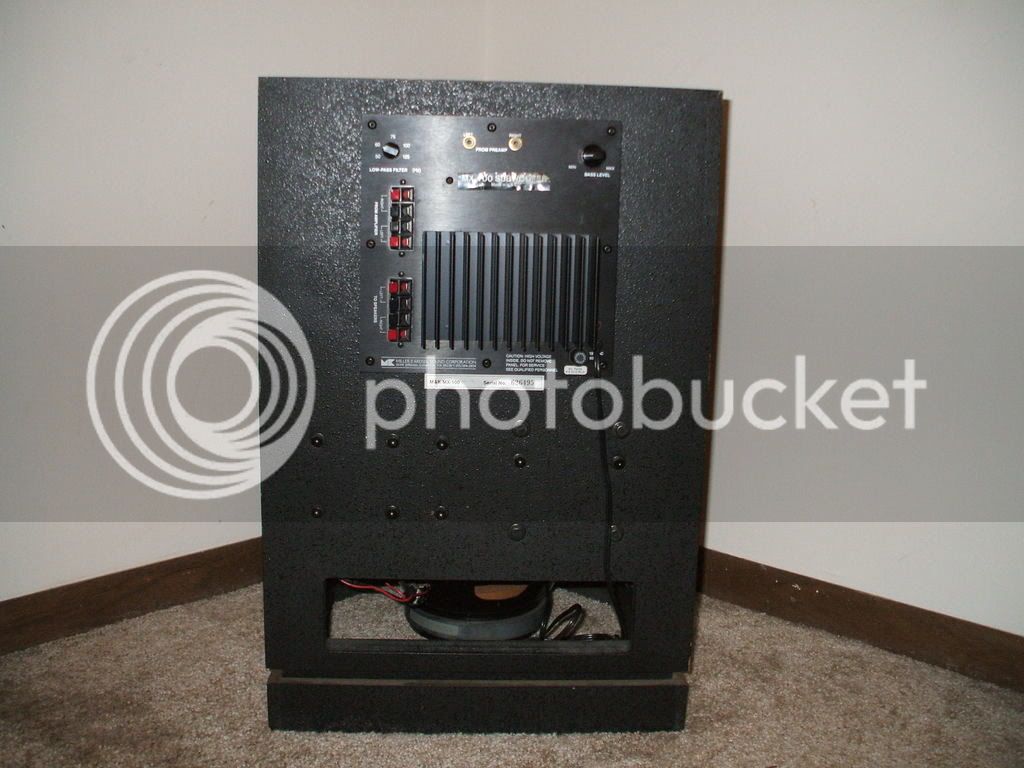 Close up of amplifier- 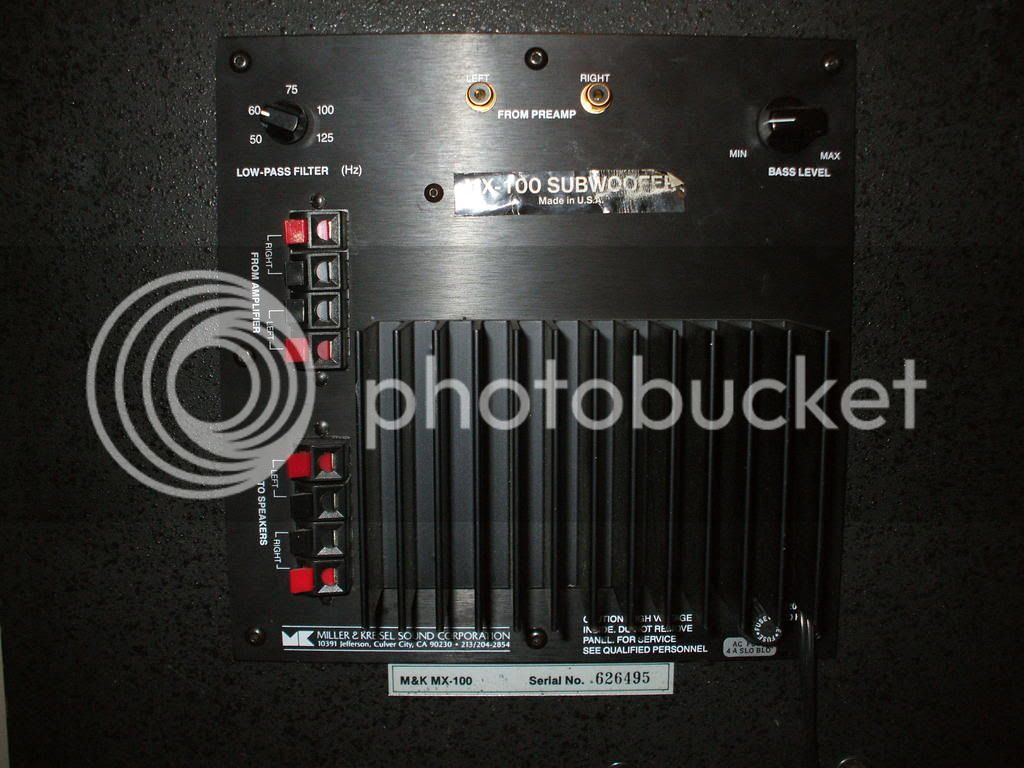 This thing should be fixed in less than 2 months.

Edit: Nevermind, I found it. After the Sunset.

Interestingly, I found it by searching for "March 29 dvd releases"

That is strange how you found it, I like the poster. The movie was ok.

But I want a different center channel. I can worry about rear surrounds later. And yes... I'm going to build a spacer on my TV so the speakers don't warp my shadow mask....

Wicked looking subwoofer. Hopefully it will be up and running soon.

I hope so too, I also need to change my thread to include the Yammy.

Seth=L said:
I also need to change my thread to include the Yammy.
Click to expand...

All the necessary changes have been made for your viewing pleasure. Now there won't be as much vomit on your computer desk from looking at hideous electronics.

Seth=L said:
All the necessary changes have been made for your viewing pleasure. Now there won't be as much vomit on your computer desk from looking at hideous electronics.
Click to expand...