Yamaha a1070 is not showing Volume level on screen

Have done something and now decibels not displayed once I use my remote to increase or decrease the level. Otherwise all works fine.

Have done something and now decibels not displayed once I use my remote to increase or decrease the level. Otherwise all works fine.

Dont know Yamaha well but you might have turned off the OnScreenDisplay. Unless you use ARC or optical from the TV then you wont get volume shown on the TV.


Sent from my iPad using Tapatalk
A

Using hdmi. Onscrean menus are appearing without problem. But not the level in the right bottom conner.
L

This is another model but might be the same:

If i press On Screen or Option on receiver remote, then volume numbers start showing on the screen. But as soon as i get back to the main screen volume does not show any more. Though + and - still change the volume. Just numbers not shown on the screen.
S

Think that is part of the tv setup My different tvs show different volume graphics when AVR is being told to raise and lower volume in a scenario where normally the TV would. I have to enable it on each tv for power on and off to work over CEC and for volume up and down to work on AVR when TV volume is used and AVR is on.
It’s different graphics on Samsung, Panasonic, and Toshiba TVs at least. And these graphics don’t look like the normal volume control graphics on the TV.
Think Panasonic calls CEC Viera and Samsung Anynet+ and can’t remember on Toshiba.

Just to clarify, it is only display issue. Real volume goes up and down as expected. Only number in decibels is not displayed in the right bottom corner any more. It used before yesterday.
J

Hi Andrein, did you ever resolve this? I am having the exact same issue with a Yamaha RX-V4A i just bought a few days ago. Thanks.
T

jax602 said:
Hi Andrein, did you ever resolve this? I am having the exact same issue with a Yamaha RX-V4A i just bought a few days ago. Thanks.
Click to expand...

Make sure Short Message feature is ON. 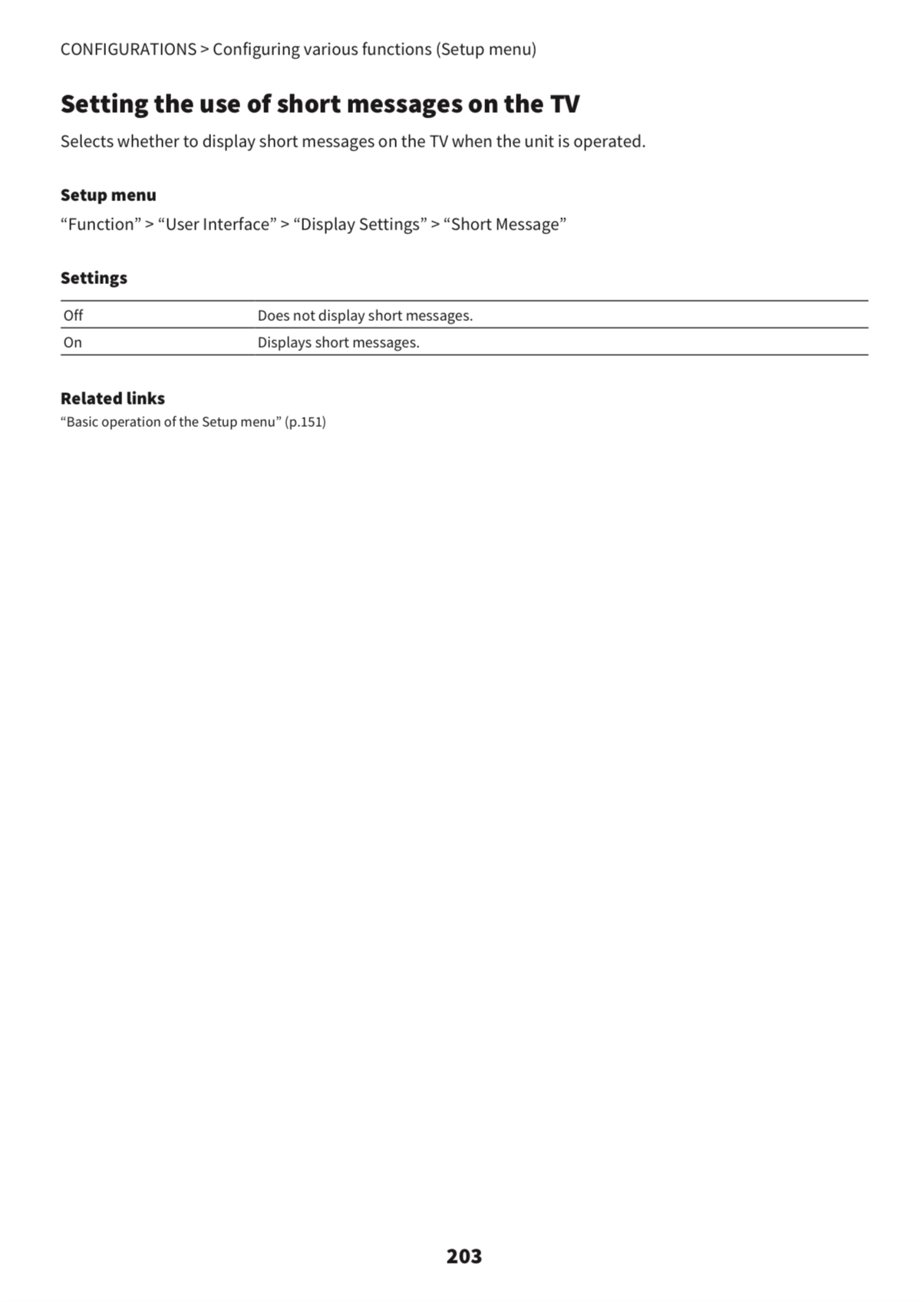 It is has been on and still is on, still no volume display on tv screen.

Did anyone solve this bit? Having same issues with RX-V6A and LG C1 TV
S

I just figured it out. I have a Yamaha RX-V4A that just started doing this to me, and at first I thought I messed up some setting or other. Found this site, saw people mentioning the short message needed to be on, confirmed that yes, it was on. I tried turning the short message off back on off back on restart the receiver etc etc. None of that worked, so I started messing around with the options menu as one of the other posters mentioned. Lo and behold, I could suddenly see the mute, volume changes, and audio scene changes displayed on the screen. As soon as I went back to the HDM1 that was running my TiVo Edge, the on-screen display would no longer show up. So I tried messing around with some of the other buttons on the remote, and I discovered that other inputs such as my Roku, my old TiVo, the net tuner, you name it--all of them showed the on-screen display just fine, and would even let me switch it from the top right to the bottom right of the screen from the menu and continue to display as expected. So what was the problem? Somehow or other my TiVo edge was interfering, I rebooted the box, and voila! It wasn't the Yamaha receiver at all. The TiVo was just sending a bad signal to the Yamaha receiver, and that somehow messed with that signal getting to the television display. Once I saw that all other inputs were displaying the volume digits and the mute etc, even my old TiVo that was still plugged in to the receiver was showing them okay, it was just the new TiVo Edge where it was failing, I figured it had to just be either a setting on the Edge itself or it needed a system restart. Rebooting was the answer, it powered back up and everything was fine.