panteragstk said:
Is he saying that they are so stupid they can't possibly be held responsible for their actions?
Click to expand...

That's my take on it. These statements were out of court, but I think he was hoping to get the judge's attention by sending a message to the effect that "I'm serious about this, this isn't just a legal argument, my client really does have serious mental problems." (I have not read all of the motions filed by the attorney so I'm not 100% sure the public statements relate directly to arguments in the case, but I strongly suspect this is what motivated the out of court statements)

It wouldn't surprise me if this had some impact on the judge during sentencing (Chansley got the low end of the range under the plea deal).

I think the lawyer knew from the beginning that the evidence against his client was overwhelming so he was trying to portray his client as stupid rather than evil, without crossing the line into insanity (which could have gotten his client locked up in a mental institution for the rest of his life). But, his client did some really bad things, so he had to portray him as really stupid (this is not much of a stretch in this case).

Diminished capacity is a concept that comes up in several contexts.

Under federal law, diminished capacity only comes into play after a conviction, during sentencing.

The USSG sets minimum sentencing for certain federal crimes, and also sets the guidelines by which judges may stray from these minimums. The USSG states that a federal court may depart downward from the minimum sentence on the basis of diminished capacity if the offense was nonviolent. U.S.S.G. § 5K2.13. See also United States v. Cook, 53 F.3d 1029 (9th Cir. 1994).

U.S.S.G. § 5K2.0 allows departure from the sentencing minimums for "extraordinary mental condition." Unlike 5K2.13, this section does not explicitly limit the departure to non-violent crimes. However, it was not until very recently that the Court of Appeals for the Ninth Circuit explicitly recognized that 5K2.0 creates a "diminished capacity" argument for violent crimes.<<<

As you can see from the link above, diminished capacity has been controversial. It was the basis of the infamous (but successful) Twinkie defense that resulted ina chang in the law in California:

>>>The diminished capacity plea is based in the belief that certain people, because of mental impairment or disease, are simply incapable of reaching the mental state required to commit a particular crime. In the example of murder and manslaughter, a diminished capacity defense contends that a certain defendant is incapable of intending to cause a death, and therefore must have at most caused such a death recklessly. Thus, a successful plea of diminished capacity in a murder trial would likely result in the charge being reduced to manslaughter.

A spotted history
California allowed a plea of diminished capacity beginning in the 1950s. But the plea came under intense scrutiny during as the so-called "Twinkie defense," in the 1979 case California v. White. Dan White, a former city supervisor, shot and killed the mayor of San Francisco, George Moscone, and another city supervisor, Harvey Milk. The crime displayed a high degree of premeditation: White packed extra bullets, climbed through a City Hall window to avoid metal detectors, and shot the two men nine times.

White's attorneys argued diminished capacity. They claimed that a diet of only junk food had created a chemical imbalance in White's brain (the "Twinkie defense"), and that he was depressed over his loss of his city supervisor position. Therefore, he was unable to premeditate murder, one of the requirements for first-degree murder.

The jury convicted White of voluntary manslaughter -- the least serious charge for homicide. This caused an uproar against the diminished capacity plea in California, and in 1982, voters overwhelmingly approved a proposition to eliminate the defense.<<<

The following is well-written, but it's over 20 years old. I'd guess that relatively few states still allow mens rea defenses based on intoxication.

>>>Drug and alcohol intoxication, since the mid 1800's, is not itself a defense to a crime. Nonetheless, in many jurisdictions in the United States, drug and alcohol intoxication can be used to raise reasonable doubt about a specific intent that is an integral element of some crimes. All crimes, except strict liability crimes, necessitate both an act (actus reus) and criminal intent (mens rea). If there is no mens rea such as in an accident, an individual cannot be found guilty of a crime requiring criminal intent. This area of the law is complex, differs from state to state, and is much more complicated than the insanity defense.<<< 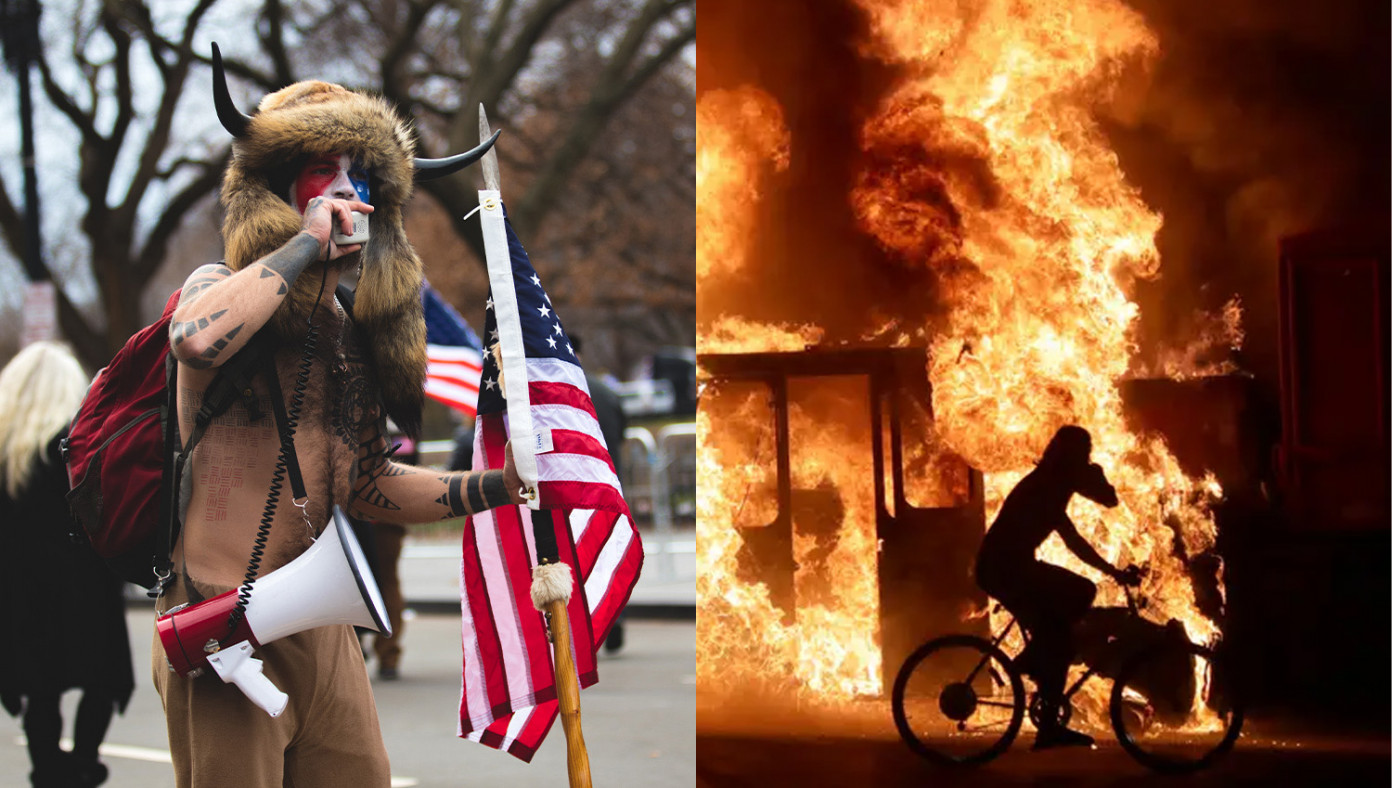 WASHINGTON, D.C. - Jacob Chansley, also known as the 'QAnon Shaman', or 'Buffalo Hat Guy', has been sentenced to 41 months in prison. According to sources, he expressed his regret that he didn't do something more peaceful, like burning down a car dealership in Kenosha. 'Dude, I dunno what I was...