I loved the movie as a kid and even into adulthood. I just got a notification from Netflix that the series is available right now. I knew it was coming but it fell off my radar. Haven't watched it yet, but I plan to. Anyone else interested in this? 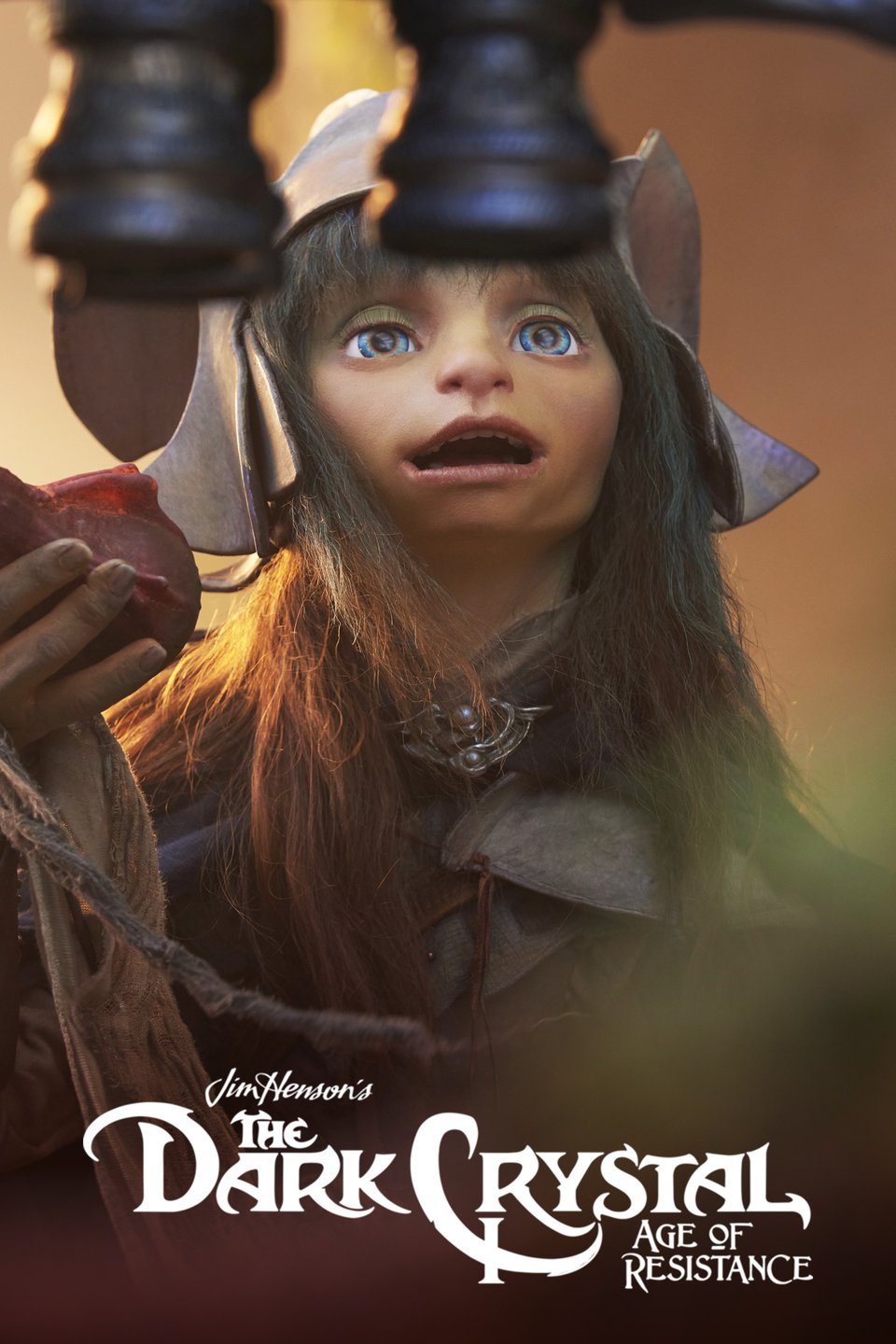 Just watched the first few episodes, its actually quite good.

I've added the series to my list of things to see on Netflix.

Nice. It was looking to have some potential. I'll probably check it out tomorrow. I've been listening to new Tool all day today.

Pogre said:
Nice. It was looking to have some potential. I'll probably check it out tomorrow. I've been listening to new Tool all day today.
Click to expand...

Damn right you have!!! I got a late start. It happens...
Series looks pretty good. Will check it out when I open NF back up this winter.
B

I too watched the movie as a kid. I introduced my son to the original movie a month or so when it came on Netflix. We are both looking forward to watching the series.

Very interested. Jim Henson was a genius and ahead of his time. Gonna watch one episode a week starting tonight.

I'm going to try and pry myself away from the new Tool cd to start watching tonight. As always, especially lately, I'm hesitant to get too excited over reboots and sequels. It's sounding like they did a pretty good job with it. That's awesome.

When I was a kid it was pretty scary. Not TOO scary, but I was very emotionally invested. Star wars was the first movie to leave a big impression on me as a kid. It was my first time at a drive in. It was a double feature and Sinbad was the other movie (stop motion skeletons ftw!). The Dark Crystal was not too long after and it left a huge impression on me too so I hope they really did it justice.

All this Tool talk. Never heard their music, but heard their name through the years. I know what ya mean I been listening to new-ish Alana Davis album like a mad man. Labyrinth(even the uk mini series was good) is one of my all time favorite movies. That would make a great series as well.

Yep, on our list to watch. Kids were introduced to it.

Was able to binge witch to episode 6 (which was excellent). The series is good in the beginning, but got much better that changed as the story picked up pace in episode 4-6.. You know it's a good series when you stop looking them as muppets and become more vested in story.

When you think that, for the most part, there are no facial expressions on the characters, the voice actors have to go above and beyond to show emotion, which they do, to tell the story. B+ so far
S

I’ll have to check it out. I love the original movie.
B

I watched the first 5 episodes so far. It's really awesome! The puppetry is much improved since the original movie. I watched the movie last week before I watched the show. In the movie the puppets move pretty slow and jerky, but in the show they can move faster and much smoother and more realistic. It's cool that the puppet master who did the original movie also is doing the show along with his son. In the last 35 years I'm sure the tech and computer control systems must have improved alot. I barely notice that they are puppets in the show, it's very well done. Plus, they use CGI for backgrounds and magic special effects, similar to effects from Lord of the Rings. Wild CGI camera angels, effects, and building vast backgrounds wasn't possible in 1982, and it helps build the world alot more, even though the movie was very well done with the tech they had at the time.

The story is much broader this time, with many more factions. It starts slow the first 3 episodes and then starts getting more intense after ep 4. They did a better job of defining the different Skesis to make them more unique looking. In the movie they all looked almost the same except for the Chamberlain. It's kind of funny how they just refer to themselves with titles, The scientist, the general, the emperor. None of them have personal names that they use anyway, or they were long forgotten ages ago. The Chamberlain is devious and the most interesting character. The other Gelfling characters are well done.

They borrow some fantasy tropes from Lord of the Rings and Star Wars, but it's kind of hard not to do that when doing a dark fantasy story.

I liked the orchestral music in the movie alot better, it was very dark, epic, and mysterious, it fit with the dark story. Now the music is kind of generic fantasy movie music, it feels dumbed down to me. Although at some parts the Gelflings sing in their language and it was very touching.

Overall, I'm really enjoying it so far!!! It's a very epic dark fantasy story, if your a Lord of the Rings fan, I think anyone would enjoy it alot.

I'm hype for this... but I'm going to wait till we move and I have the Klipsch's out of storage. I won't enjoy anything epic through TV speakers.

First episode was pretty dense with information and laying things out. I am impressed with the look and feel of the environments. Agree that the puppetry is excellent compared to the original too, even though the original was good. Will keep watching.

Almost done with it now. I really like the series. Come on, Mark Hamill as the Scientist and Simon Pegg as Chamberlain? WOW Taron Egerton as Rian, Benedict Wong as the General, Nathalie Emanuelle (Misande from GoT) as Deet, Some really great voice acting.

Okay, I know I started this thread but have to admit I've only watched the first episode and had some trouble getting through it. It's looking like it starts off a little slow tho and I need to watch a couple more episodes before making a final judgement.

Thanks for the replies and feedback so far guys. I'm gonna give it another shot in the next day or two.

First episode is toughest because there is a LOT of info in it. Second episode gets better, but starts to get interesting at about 3-4. Very good series, almost like a GoT lite lol.

I think Deet is my favorite character. Tough but simple. Have to say, even though Chamberlain is a loathsome character, gotta love his presence. Every word manipulative, silvertongue.

j_garcia said:
First episode is toughest because there is a LOT of info in it. Second episode gets better, but starts to get interesting at about 3-4. Very good series, almost like a GoT lite lol.

I think Deet is my favorite character. Tough but simple. Have to say, even though Chamberlain is a loathsome character, gotta love his presence. Every word manipulative, silvertongue.
Click to expand...

Gotcha. Basically I was getting put to sleep with exposition, lol. I understand exposition is necessary to progress the story tho. I will for sure pick up where I left off and give it another go.

I fell asleep in the first episode and had to rewatch the last 10 min too lol. 2nd episode is still laying the groundwork and characters a bit, but it starts to pick up. It clicks and ties in very well with the movie IMO.