Administrator
Steve Feinstein takes us on his journey as an audiophile over the decades and how the experiences shaped his life and relationships with music and loved ones.

Many people have developed an emotional attachment to a particular brand over the years and their assemblage of AV units always includes one or more devices from that brand. Some system upgrades are simply emotionally gratifying. Some are only marginally significant from a sound standpoint. And some upgrades are so impactful and important that they remain life-altering for years and years. 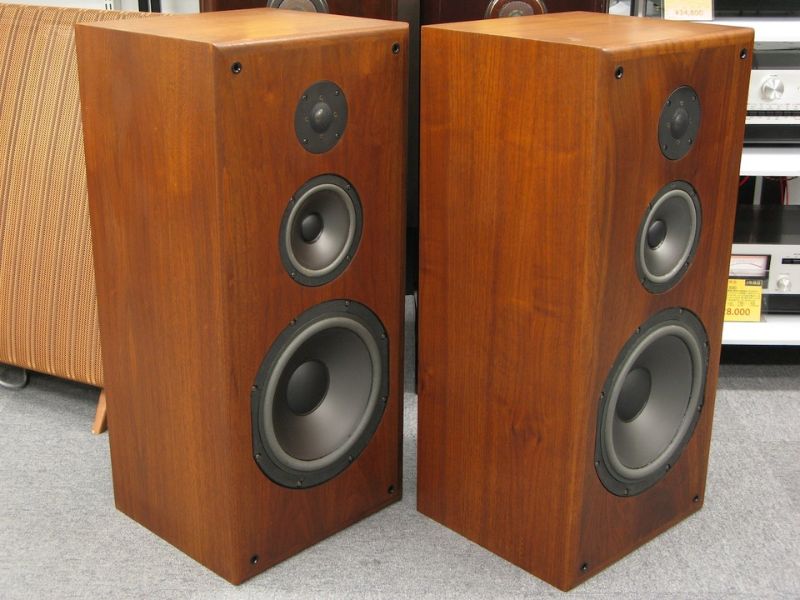 AR 50T Tower Speakers- circa 1987​
Some system upgrades are simply emotionally gratifying. Some are only marginally significant from a sound standpoint. And some upgrades are so impactful and important that they remain life-altering for years and years. I’ve had two of the latter: The AR9’s and the Legacy Signature SE’s. But every upgrade, both large and small, has been met with anticipation, excitement, and enjoyment. This is a hobby—more than just a mere “hobby,” right?—of almost indescribable joy and importance. Although the equipment varies from enthusiast to enthusiast, we all share the same emotions and feelings, don’t we?

Thanks for the article Steve, really enjoyed that journey.

Nostalgia certainly does hit hard, reminds me that despite measurements, emotion can rule the day and a big part of our delight with audio is the emotional result of it after all. My first "hifi" experience was in the mid 90's with a $300ish (at that time) Sennheiser HD580 headphone. I was re-listening to CD's and records and hearing things I never knew were there on lesser headphones and definitely with really awful small 80's speakers I had.

We had some big floor standing speakers and a stereo deck stack in the 80's in the house. I used to love playing with the equalizer and put in a cassette or record. Had no bass really. I'd love to find that setup again just for nostalgia purposes. I used parts of the stereo and amp out of that stack well into the late 90's.

I did this with some speakers for a while until I got some Philharmonics. I don't even think about bookshelf speakers anymore. Maybe in another 10+ years?

I would say that my audio journey has been one more of education rather than equipment. I have had a lot of different gear but what I take from all of it is learning how things work, what makes an audible difference, and laws of diminishing returns. While I know what kinds of dividends higher-end equipment delivers, I have also learned the point of performance at which I can pretty happily listen to my stuff, and thankfully it doesn't have to be uber-expensive stuff. If I had known before what I know now, I would have saved a ton of money, but I am sure that is true for most of us.

I still have my old Speakerlab 3's from Seatlle, WA from 1978. And I'm still using them.

Oh brother. I am a cheapskate.

Sounds like a similar start that I had. Dad was too busy with family stuff, but did somewhat inspire me. I went the Advent route at the time but friends had ARs, and liked them as well, but really wanted JBL L100s....but at 16 in 1972 I was lucky to be able to get the Dual 1219 (with M91ED) and the Advents even with a decent part time job....dad gave me his old Fisher receiver to use them with. Enjoyed the article and your journey!
C

Nice trip down memory lane. I, too, had large Advents, fairly early on, and, when my child was young, a period where my main speakers were a KLH sat/sub.

Out-Of-Phase said:
I still have my old Speakerlab 3's from Seatlle, WA from 1978. And I'm still using them.

Oh brother. I am a cheapskate.
Click to expand...

Nothing wrong with that. I could buy more expensive speakers, but I really like what I have. Plus, they work, and I'd have to replace a lot of speakers if I replaced the front two.

Enjoyed the article very much. I haven't owned too many speakers but lived vicariously through friends as well, so that's a way to expand your experiences. My parents played a lot of music but my father never had the funds (or perhaps the desire) to get into hifi. It wasn't until I heard some high end JBLs and Harmon Kardon gear while shopping for headphones that I got bitten by the hifi bug. Later I was lucky enough to work as a repair tech at an audio shop through university, so I could purchase gear at wholesale. Still have the Electrovoice Interface 1 Series II speakers that I purchased back then (mid '80s) but need to refoam them. Would be interesting to do a side by side to see how they compare to my Paradigms.

Started out with a decent Marantz 2265B receiver in the middle 70’s decent turntable, JBL L-26’s then upgraded to L-36’s then Finley L-100’s . Had a nice MXR duel 15 band eq and eventually a Onkyo cassette deck . Weird but true bought all threw mail order with cod lol !
Never really left the JBL family although had epicure’s for awhile too never had Advets although had herd many sets at buddy’s homes . Had a nice pair of DCM Timewindows liked them too . But eventually went with the separate approach on equipment, big amps better eq’s and better JBL’s have stayed with this .

I remember in 1960, in HS, I added a reverb unit to the car radio/speaker system. That was quite the thing.......lol. My first home large front stereo speakers, was in the 80's with a Yamaha AVR, Harman Kardon Cassette Deck, and cable tv. Then added back surrounds in 1991 for 5.1 DD movies that one of the Starz channels had every month. Stars would email me the monthly DD movie listings on that channel. That set-up last until 2005 and upgraded from there since.

There is always something better out there. You get older, you make more money, you can afford better gear and that cycle (hopefully) keeps going. I've reached stability, I haven't changed too much recently since moving to the Phils.
J

Steve, with all due deference to you, in absolute terms, you never stop upgrading if you can afford it until you have a gigantic listening room that's fully, acoustically treated and was built out for audio in mind and it has no noise pollution..

In the normal world, you are looking at how much speakers/subs your room can take, how much noise is in your listening environment and how much treatment can your room accommodate. Also, if your amps have a SNR below 120dB as well as broadband distortion less than 0.01%, there's a good chance you will hear no difference between competitive models. The only difference will be with amps that are more likely to change their behavior with highly reactive speakers (less load intolerance).

Having been around for a million years, here are my thoughts:
I remember going to a place in Jenkintown, PA that sold new and used equipment and had been running an ad for years in the back of Audio Magazine in the 70's, 80's and 90's. Very cool joint. I was there to check out the Carver Sub, but was amazed by the amount of used, high-end gear there. Some was not even old.

The salesman told me, "Some of these power amps (really great stuff) were bought here a year or two ago." These guys were chasing the upgrade dream where it's not about the sound, it's about the status of owning the equipment and how good that makes them feel.

Steve, I think you'd be hard pressed to find better passive speakers, at their price, than the ones you have. Personally, in my home theater, I'm using five LS50's and four, Rythmik servo subs. Hey My rig can produce more bass, more cleanly than yours. So what? You still have a great pair of speakers that probably has nicer treble. So what?

Do I want a better system than this? Sure! Do I need one to clearly hear the music in a treated room with Dirac running? Most likely not.

Unless you envy equipment more than the music it's playing or you bought a piece of crap to begin with, there is no reason to replace anything in your system until starts failing or you are doing a big upgrade. Do not become an audio equipment junkie.

I really think I'm done buying speakers.... Yeah, yeah just like any other addict, "I've heard him say that one before..." but after 2 years of mucking around with positioning and bass treatments, I've got the T&A's dialed in so perfectly that they finally sound like what I would have imagined 13k speakers to sound like. Learning a thing or two from my Allison CD-9s, I started by bucking conventions and pushing the towers all the way back to the wall, and then making small forward increments to improve staging. Understanding SBIR and placing speakers accordingly has an incredible payoff.

Once it hit "just right," I found myself with that gobstruck smile on my face... This is IT! Suddenly I knew that it would be extremely cost-prohibitive to eclipse this level of bliss, and I knew I was done.

The only other speakers I'm keeping upstairs are the Eosone RSF600's because of their unworldly soundstage. They are the most 3D-sounding speakers I've ever heard. I can see why some folks get dipolar speakers and refuse to ever go back to monopoles. I have the best of both worlds and can switch back and forth freely. It's a great place to be.