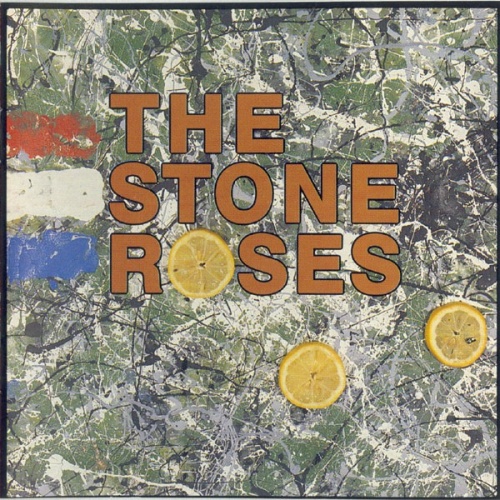 I think this album is the one culturally that probably holds as the standard the last 30 years for the english. What I love about some of Ian Brown's lyrics is they're simple but have such a natural flow to them. I can't put my finger on it. Something maybe about resurrection, god, countryside.....anyway, I think Waterfall, Elizabeth My Dear, This Is The One, and Don't Stop are the best. The great John Leckie produced it.

On Waterfall I love how the chorus mimics it.....

Now you're at the wheel
Tell me how, how does it feel?
So good to have equalized
To lift up the lids of your eyes

She'll carry on through it all
She's a waterfall

She'll carry on through it all
She's a waterfall

I thought this was the best explanation of they lyrics meaning.....

My Interpretation
This song seems to be about Britain and the fall of empire perhaps; and the idea that perhaps British culture is being eroded by the 'winds of the west', by American culture and American power. The song definitely has a sense of melancholy to it, but also a sense of surrender and resignation to the need for Britain to just go with what is happening; to not fight it.

The idea that Britain will carry on through it all and go on as it always has and always will but things will just be different.

To me it seems like some kind of ode to Britain's history of glory and perhaps to a culture lost or overtaken by the US.

This song really gets to me actually. When I hear songs like this it really reminds me of what song writing is all about. The lyrics are superb but the music actually captures the sentiment that is being expressed. It has a transient feel to it which encapsulates the concept of change or movement, evolution and modernity.
D

A pity Brown doesn't have good live vocals. I'm sure more than any other reason that's why they couldn't hit it internationally. I'm content with the studio recordings camouflaging them and prefer him as a poet. Here their playing is extremely tight. Unreal engineering by Leckie.

This is the one

The Stone Roses - This Is The One Lyrics | SongMeanings

-I agree that it's biblical imagery (there's early versions of it with more obviously biblical lyrics if I remember right) but the lyrics are also very suggestive of Samuel Delany's novel Dhalgren, which is set in a town called Bellona (which is out of "the country") and features among other things a literal "month of Sundays" and a heckuva lot of fire. I reckon one of them had just read it and thought it'd make good lyrics. (And they were right, 'cause "Bellona, Belladonna" sung like that is one of the best lines ever!)

-As per I think this song is about love or an affair. The girl consumed by fire who's desires are obvious because of the plans that she had made. However I get the hint she is not only married but married to a local hardcase. I had her on a promise - not to say anything so the other half doesn't find out. The bloke thinking this is the one being in love and the woman this is the one she's waiting for because he's the only person to go through with her plans. The reason I get the hint she is married to a hard man is because 'she is consumed by fire' or in a dangerous place and the forth verse. I'd like to leave the country for a month of Sunday's (get away from this bloke) burn the town where I was born - get rid of the husband. Bellona Belladonna is a beautifully sung line. Bellona means beautiful woman and belladonna is a deadly nightshade type drug I might have them mixed up but yeah, google it