Administrator
What are the characteristics that determine the sound quality of an audio system? This is a question that for too long has been shrouded in mysticism as if there were some ephemeral magic that touched some systems and not others. But, the truth is this question can be approached objectively, and indeed that is what Dr. Floyd Toole has been doing with over a lifetime of scientific research. The results of his research is presented in a clear, concise third edition of his book 'Sound Reproduction,' which makes for an enlightening read for neophyte audio enthusiasts and long-time audiophiles alike. 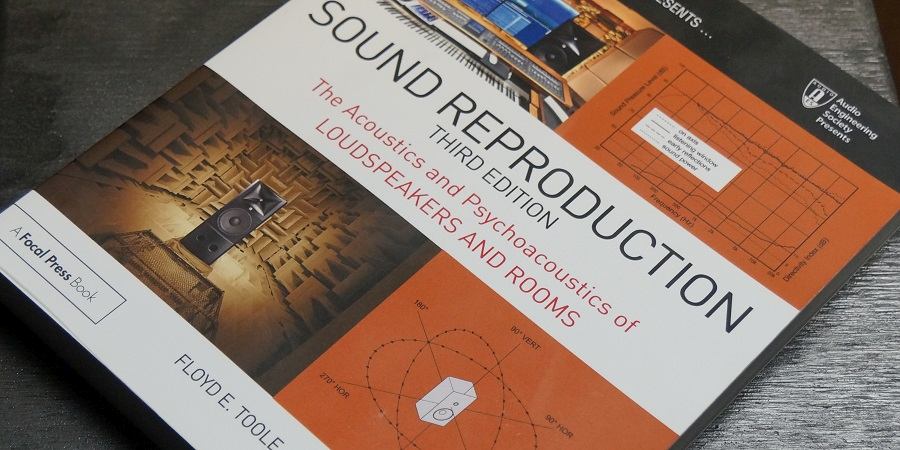 Nice write up! This Third Edition is like nothing else!
C

Does anybody know what the difference between the third and first edition of the book is? I've have read the first edition (twice) but if the third has better and up to date information I may pick up the third edition.

The first and second editions differ only by publisher. The third is a worthwhile update to have!
W

The first third (or so) of Floyd Toole's book is a major contribution to our understanding of how speakers interact with room acoustics to produce pleasing and/or accurate sound. It's a must-read for anyone selling audio equipment, or serious about organizing their listening space.

It's great because it's science -- real science. * Toole begins by assuming nothing -- other than that most (or possibly all) of what we know about room/speaker/listening-position interaction is wrong, then starting over. The results of his and other people's research is often surprising, and sometimes major reversals of "fact".

In looking over the 50 years of Floyd Toole's research, it seems that this is probably the only valid research he's done. He seems intent on proving that what he already thinks is true is true. It would be unfair to take pot shots at his work (however well-aimed) when there isn't enough time or space for proper analysis. So I leave you with the following observation. One of the marks of a valid description or theory is that it provokes an AHA! reaction. The effect is like the last few turns of a Rubik cube that reveal order out of seeming disorder. If you don't experience that reaction, then maybe the writer is wrong (subtle pun intended).

* Dr Land said "We already know the answers. We just haven't asked the right questions." The scientific process is not about finding facts, but asking well-stated questions that, when correctly answered, lead to a deeper understanding of how things fit together.
E

Fascinating read. Hadn't read any previous editions. His discussion on whether or not acoustic treatment is needed above the transition frequency is interesting. After immersing myself in learning about room reflections and REW and all he's essentially saying that it's optional but some amount of listening tests suggest people prefer hearing the early reflections for better immersion. So to treat or not to treat. That is the question. Same on auto room equalization above the transition frequency.
P

I don't know if he updated the part about Room RQ's effectiveness on frequency range above 200-300 Hz but in the 2008/9 version he didn't really say REQ such as audyssey and Dirac Live won't work. It was complicated but I thought he cited that steady state room measurements at the higher frequencies wouldn't be reliable. With the improved resolution and other areas of XT32 and the likes of the higher end ones such as Dirac Live, Trinnov, it may not be a different story. XT32 was out at the time but I don't believe it was still relatively new, new enough that Dr. Toole likely had not looked into it much, let alone experimenting with it.
You must log in or register to reply here.
Share:
Facebook Twitter Reddit Pinterest Tumblr WhatsApp Email Link