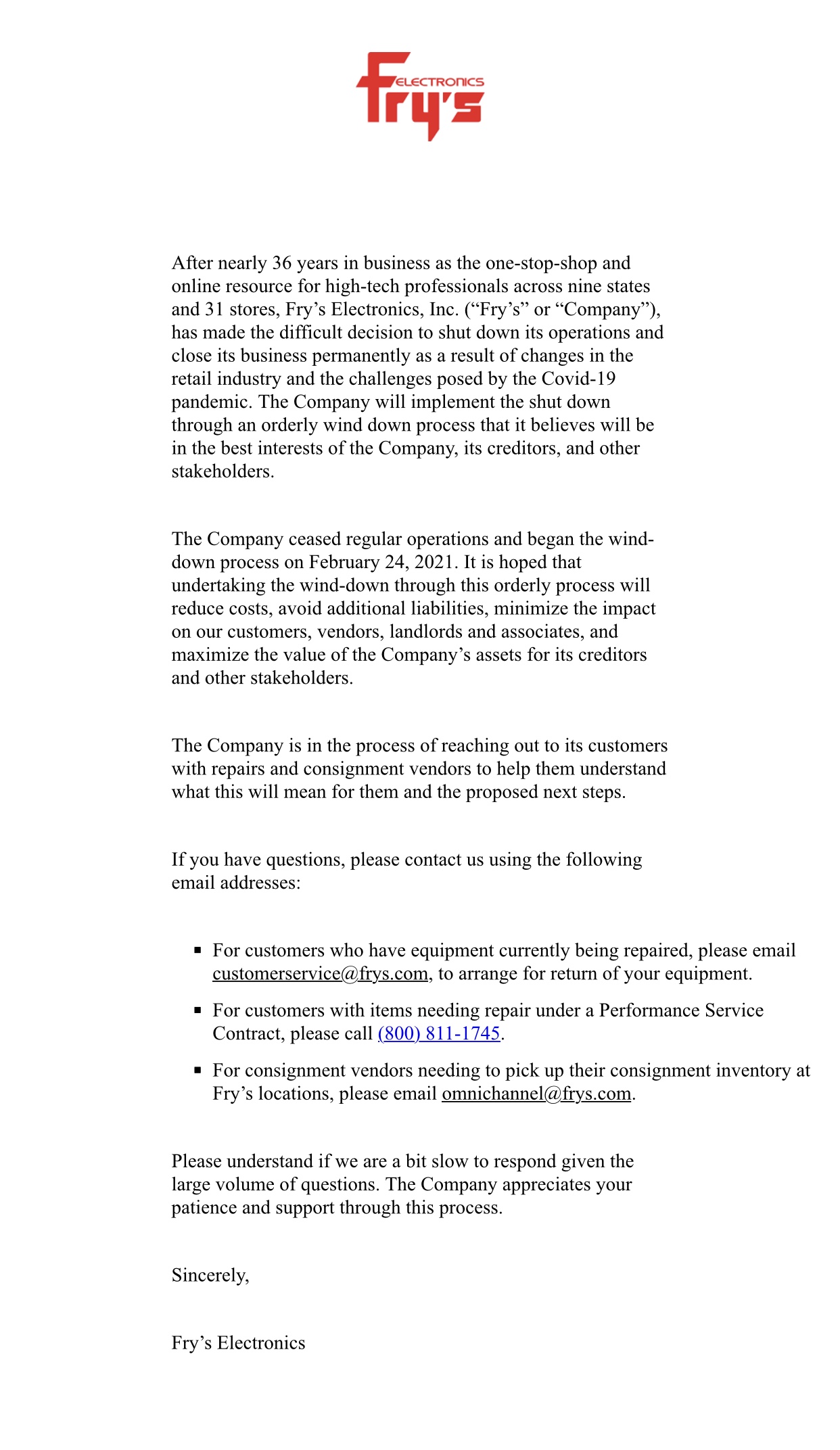 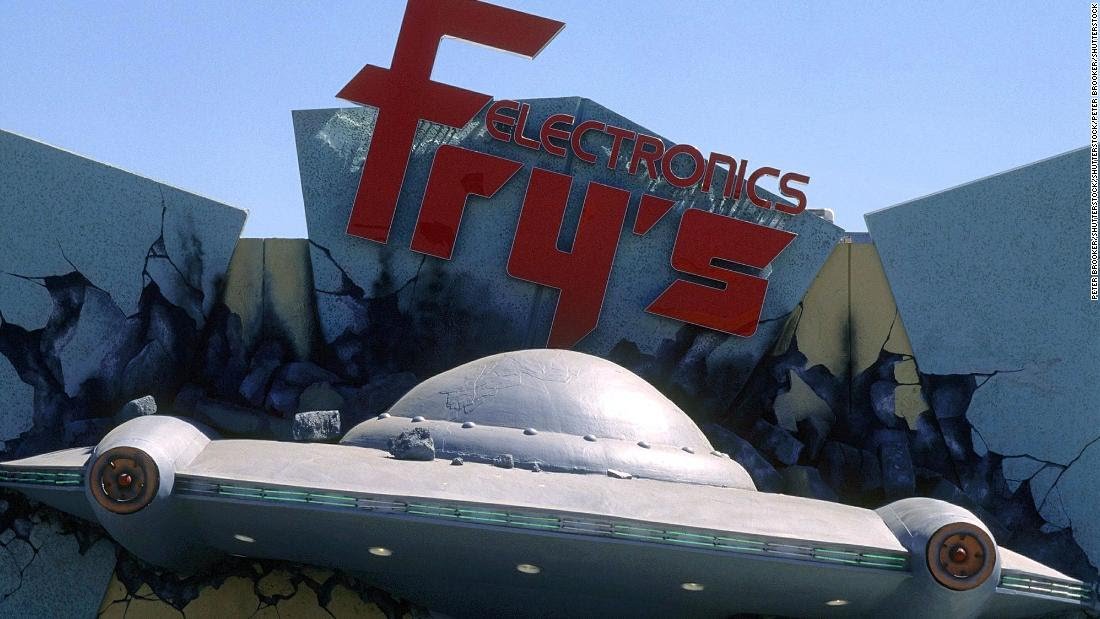 Sucks big time. Maybe they can sell online. Never went to a store cause no where near me, but always saw they had great deals though the years online.

That makes me sad.
T

They do sell online, sucks for them but I may as well see if there are some bargains to be had.

I live a few miles from their headquarters. They have unfortunately been dead in the water for some time. They stopped paying vendors so they had nothing on shelves to actually sell. Not sure if they will come back as an online only entity, but I don't think so. It was a Bay Area institution. We'd go there for no reason just to see what deals were going on every Friday at lunch.

We knew this was coming because the news was already reporting that there were plans for the location where the HQ is long before this announcement.

They've been dying for many years....surprised they lasted this long.

Dam the bad luck! What we got left as for as B&M stores? BestBuy only?

Administrator
Our industry continues to die and shifts to Youtube "influencers" as the new way to attract audience and sales.
T

I think this generation just doesn’t care about music like previous generations did.

I was talking about this with a friend who worked in AV sales as well as being a rep- he said he saw a lot of negative comments on LinkedIn about this and it was almost as bad as the stuff on Facebook about a hated politician.

TankTop5 said:
I think this generation just doesn’t care about music like previous generations did.
Click to expand...

They may like music, but they don't care that avoiding local sellers kills the chance of buying local, later.

Another cool store gone, I guess the way its going, it will be online and YouTube suggestions and Amazon.

Im sorry to see this. I know how much comfort there is in buying local.

3db said:
Im sorry to see this. I know how much comfort there is in buying local.
Click to expand...

And it's not just the location, it's being able to go to 'your place' for things and get the info from the same people because it's a matter of trust when some purchases are made. For people who sell/sold this stuff, it was also about the customers- many of us became good friends with co-workers and customers- these friendships continued long after people went their different ways. I still run into people I met over 40 years ago and it's great- being in the audio business was a lot of fun.

Frys was a great asset for communities for many years, but by 2010 or so they just weren't able to keep up any more with the times (pricing, inventory, expertise) and slowly went downhill.

Even before the pandemic, years before in fact, my local stores would have aisles of blank shelves, and lot of sales people that didn't know about the stuff they were selling.....whether electric components, or TVs, etc.
H

There are none where I'm at now. But I used to live in Campbell and go to the local store there often. About anything electronic could be found in there and then some.

Lucky we have a BB in our town and another one that is 45 minutes away. It is the only place I will buy a TV or AVR, for the most part.

It is a real shame!

We have/had a Fry's, and during its hey-day it was awesome!

The best I could describe the Fry's B&M for someone that has never been into it was "like a cross between best buy and old school Radio Shack". What I mean is that ~75% of the store was the big-box electronics section, video games, and CDs/Vinyl/BluRay, and the other 25% is where you found PC components, electronics components and tools, etc.

Back around 2006 I was needing a new AVR, this was before my AH days and before I was really educated on AV. I went back to the AV section and told the sales guy, let's start with the best AVR that you have! It was a beastly Onkyo/Integra unit for $5k. At that point, I knew for sure they had some serious gear, so I backed down to the ~$1.5k range.

But, back in the AV area, they had a little door tucked in the back corner where they had their demo home theater for the high end customers! It blew away any HT demo room I have ever seen, even since then. It was seriously like a mini commercial theater, with seating for probly 20 people. No label on the door, no advertising, but if you asked and/or acted like you had the big $ to spend, then they would let you go check it out!
You must log in or register to reply here.
Share:
Facebook Twitter Reddit Pinterest Tumblr WhatsApp Email Link