Is the Vinyl Record Industry Threatened by the Apollo Masters Fire?

After a deep dive into how records are made and what exactly a lacquer master is, I can see how the Apollo Masters fire poses a threat to the growth of vinyl. But the disaster also creates an opportunity for those companies that have been working toward creating their blank lacquers for the industry. Apparently they exist, but I wasn't able to verify any names of companies that have been planning to enter the market. Although, I'm sure such plans are held close to the vest and wouldn't be publicized on company roadmaps. The skill involved in lacquer manufacturing is apparently in short supply, so any company hiring those with the right skill may provide some evidence of intent. The formula for the lacquer used at Apollo Masters' was a closely guarded secret, and was widely considered the best in the world. It'd be interesting to see if Apollo Masters' skilled workers are going elsewhere or working with what's left of the company to rebuild.

I put a few thoughts about the "vinylgeddon" scare that had been circulating over the last month. But it looks to me that the real danger in an extended blank lacquer scarcity would be if record companies begin switching to DMM as an alternative, because they're all in Europe. It wouldn't look good to lose the industry to overseas competition. I don't know about the sound quality of lacquer vs. DMM, but many believe that lacquer produces better sounding vinyl.

The title may be a bit presumptuous... I don't know if anyone can accurately predict the future. But I collected what many of the experts are saying. The prevailing wisdom seems to be that vinyl will be fine in the end, even we lose some manufacturing in North America and the world has fewer real lacquer pressed records in coming years. 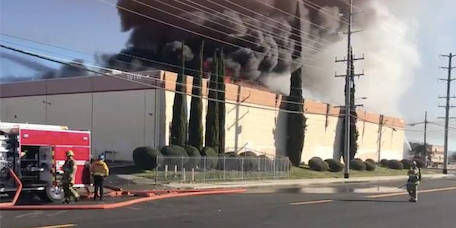