It’s funny how on the focal website their high end speakers with beryllium tweeters have a disclaimer. Basically beryllium is poisonous and can kill you

Grandzoltar said:
It’s funny how on the focal website their high end speakers with beryllium tweeters have a disclaimer. Basically beryllium is poisonous and can kill you
Click to expand...

Yes, it is very important that you do not pulverize and inhale your Be tweeters!
Last edited: Aug 17, 2019

From our favorite internet intelligence source...

Approximately 35 micrograms of beryllium is found in the average human body, an amount not considered harmful.[107] Beryllium is chemically similar to magnesium and therefore can displace it from enzymes, which causes them to malfunction.[107] Because Be2+ is a highly charged and small ion, it can easily get into many tissues and cells, where it specifically targets cell nuclei, inhibiting many enzymes, including those used for synthesizing DNA. Its toxicity is exacerbated by the fact that the body has no means to control beryllium levels, and once inside the body the beryllium cannot be removed.[108] Chronic berylliosis is a pulmonary and systemic granulomatous disease caused by inhalation of dust or fumes contaminated with beryllium; either large amounts over a short time or small amounts over a long time can lead to this ailment. Symptoms of the disease can take up to five years to develop; about a third of patients with it die and the survivors are left disabled.[107] The International Agency for Research on Cancer (IARC) lists beryllium and beryllium compounds as Category 1 carcinogens.[109] In the US, the Occupational Safety and Health Administration (OSHA) has designated a permissible exposure limit (PEL) in the workplace with a time-weighted average (TWA) 2 µg/m3 and a constant exposure limit of 5 µg/m3 over 30 minutes, with a maximum peak limit of 25 µg/m3. The National Institute for Occupational Safety and Health (NIOSH) has set a recommended exposure limit (REL) of constant 500 ng/m3. The IDLH (immediately dangerous to life and health) value is 4 mg/m3.[110]
The toxicity of finely divided beryllium (dust or powder, mainly encountered in industrial settings where beryllium is produced or machined) is very well-documented. Solid beryllium metal does not carry the same hazards as airborne inhaled dust, but any hazard associated with physical contact is poorly documented. Workers handling finished beryllium pieces are routinely advised to handle them with gloves, both as a precaution and because many if not most applications of beryllium cannot tolerate residue of skin contact such as fingerprints.
Acute beryllium disease in the form of chemical pneumonitis was first reported in Europe in 1933 and in the United States in 1943. A survey found that about 5% of workers in plants manufacturing fluorescent lamps in 1949 in the United States had beryllium-related lung diseases.[111] Chronic berylliosis resembles sarcoidosis in many respects, and the differential diagnosis is often difficult. It killed some early workers in nuclear weapons design, such as Herbert L. Anderson.[112]
Beryllium may be found in coal slag. When the slag is formulated into an abrasive agent for blasting paint and rust from hard surfaces, the beryllium can become airborne and become a source of exposure.[113]
Early researchers tasted beryllium and its various compounds for sweetness in order to verify its presence. Modern diagnostic equipment no longer necessitates this highly risky procedure and no attempt should be made to ingest this highly toxic substance.[6] Beryllium and its compounds should be handled with great care and special precautions must be taken when carrying out any activity which could result in the release of beryllium dust (lung cancer is a possible result of prolonged exposure to beryllium-laden dust). Although the use of beryllium compounds in fluorescent lighting tubes was discontinued in 1949, potential for exposure to beryllium exists in the nuclear and aerospace industries and in the refining of beryllium metal and melting of beryllium-containing alloys, the manufacturing of electronic devices, and the handling of other beryllium-containing material.[114]
A successful test for beryllium in air and on surfaces has been recently developed and published as an international voluntary consensus standard ASTM D7202. The procedure uses dilute ammonium bifluoride for dissolution and fluorescence detection with beryllium bound to sulfonated hydroxybenzoquinoline, allowing up to 100 times more sensitive detection than the recommended limit for beryllium concentration in the workplace. Fluorescence increases with increasing beryllium concentration. The new procedure has been successfully tested on a variety of surfaces and is effective for the dissolution and ultratrace detection of refractory beryllium oxide and siliceous beryllium (ASTM D7458).[115][116]
Click to expand...

KEW said:
Just keep her away from the Aria series, LOL!
Depending on the decor of your room, she might find those flax cones enticing: 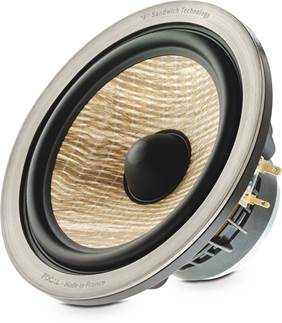 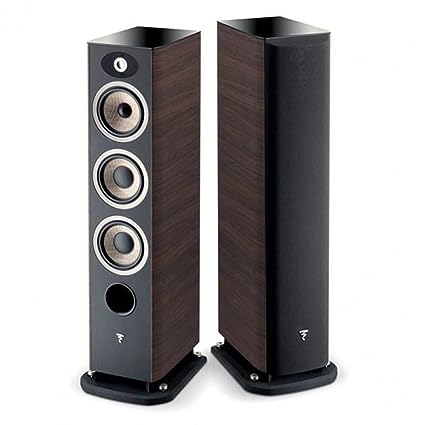 I would love to see how much Focal's sales of the Aria series increased when they switched to these drivers.
By all accounts, they are a good sounding speaker for their cost, and the added allure of looking good cannot be underrated, IMHO! Listening to music is an emotional experience and having speakers that are attractive (beauty is in the eyes of the beholder, but I think these are) just adds a bit more joy without our mind discriminating between the audio and visual influence - we just like them better!
Click to expand...

So true, and the look of a system plays a huge part for me as well, I just love looking at my gear especially when it looks good! I love the look of those drivers as well, and I’m sure that move to those flax drivers in the Aria series paid off in dividends! Thankfully she loves gray, black, white, and silver color schemes. So her preference is the Electras, she even said she’d rather us pay the extra couple thousand for them (over the Arias) just because of how much she loves the looks of them, no complaints from me though lol! I’m reaching for the stars with getting my hands on a pair of the Electras, but I’d still be more than happy landing on the Moon with the Arias!
G

KEW said:
Yes, it is very important that you do not pulverize and inhale your Be tweeters!
Click to expand...