After I got a real job in 1974 with a real paycheck and to begin establishing credit I bought this system from Pacific Stereo. I still have the Harman / Kardon receiver and Advent cassette deck. These are pics I found on the web, not my own actual gear. The cassette deck I added a couple years later, and I seem to remember the cost of everything else was around $500.00. 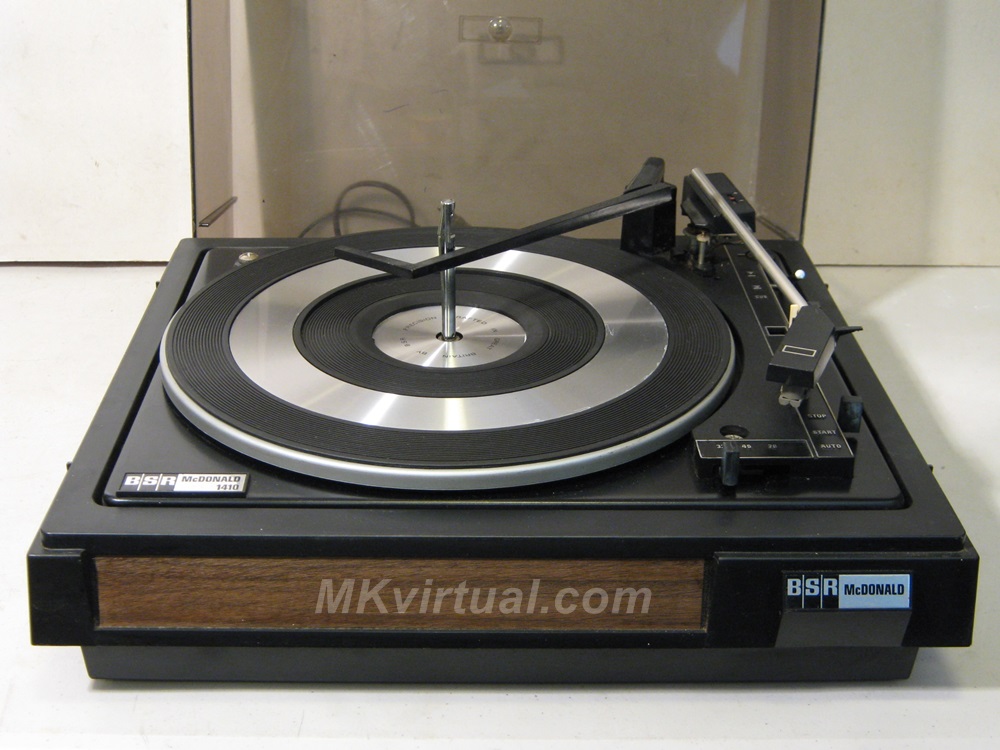 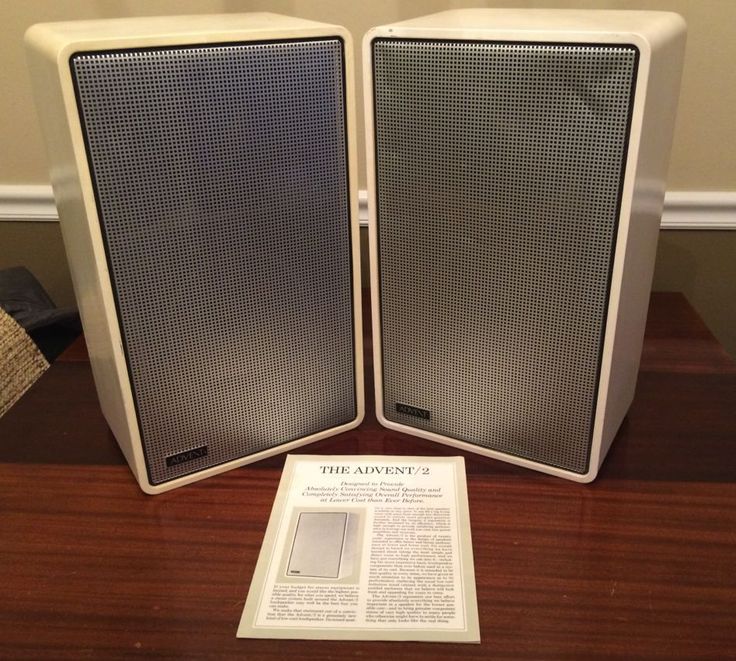 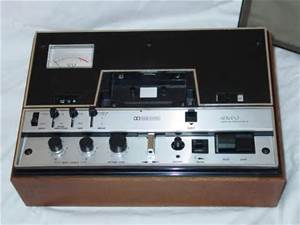 My first better quality setup is something I don't really remember model numbers for except the tt cartridge and speakers. Had Original Advent speakers, an old Fisher receiver my dad handed down, and a Dual, perhaps a 1219, and a Shure V-15 III cartridge. Later the Fisher died and I believe I replaced it with the Marantz 2275. Did a lot of shopping at Pacific Stereo back then, also a discount house I can't remember the name of in Chinatown (SF).

No pix, but my first rig was a Technics sumthin sumthin-35x 35 watt/channel receiver with a pair of Phase Linear speakers with a Technics SLB-25 belt drive turntable, and a Technics cassette deck (the one with dBX noise reduction). I was 15, and thought I was a total big shot with my friends.

That's funny, I remember Pacific Stereo. They were direct competitorswith CMC Stereo in my neck of the woods (Houston). I ended up doing business with CMC (I have no idea why).

My first real setup in 1979 (too many garbage picked console stereos to list prior to '79) was a Marantz 4720 Quad receiver, AAL speakers (can't remember the model), and a Technics SL2000 turntable.

In 1985 I add a Technics CD-Player and a HiFi-VCR came along in 1986. I wish we had digital cameras back then so sadly I have no pictures but I do still have the turntable and the VCR is in a box somewhere.

Like a moron I sold the 4270, I do have a few other Marantz models from that era in the basement.

MR.MAGOO said:
After I got a real job in 1974 with a real paycheck and to begin establishing credit I bought this system from ....
Click to expand...

My first real rig was Heathkit for the reciever and a big chunking brown turntable that you could stack the vinyl platters on. The sleek BSR you listed was one of my first upgrades. I remember when they were a big deal. I don't remember spending a lot either.

(photo not my original rig. farmed from the web) Mine didn't look this cool

I don't know what most of my dad's gear was, but it was what I had to use when i was a kid. I used his TT, Technics tape deck and a nice old Panasonic stereo receiver with some unknown hulking 70s floorstanders. I loved that Panny receiver so much I picked up one like it at a yard sale later on. Though I still have my vinyl, I have not had a TT since then. Considering adding a Pro-ject Debut this year. 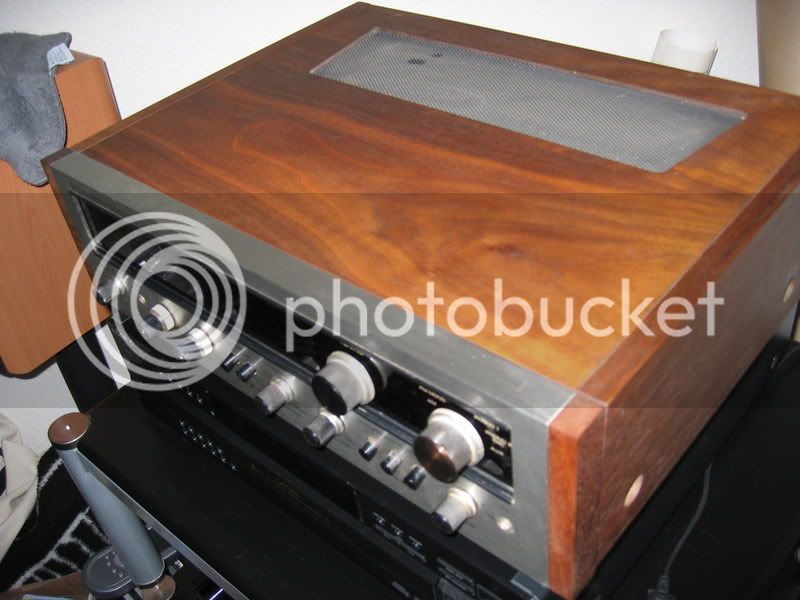 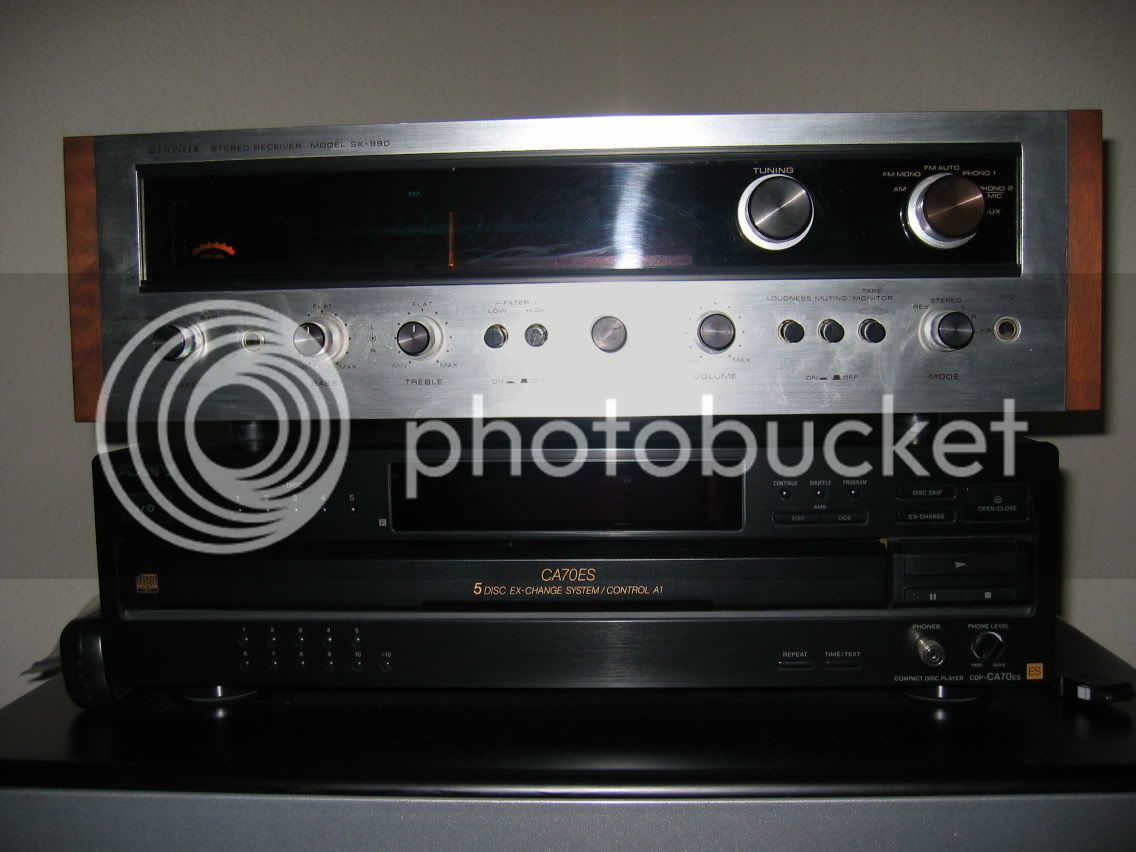 My first stereo rig was a bunch of stuff cobbled together. A cheap Sony AVR that I picked up used dirt cheap from the Cambridge Soundworks outlet, my dad's old floorstanders that I rebuilt with some really nice bass drivers I picked up from a guy who was building his own speakers at the time, a Sony ES 5 disc changer.

Eventually added a 1st gen DVD player in 98; a Panasonic A300U for movies, but it was a solid audio player at the time too. It only did DD no DTS back then. That was one well built player at the time and sounded great with music (web sourced image). 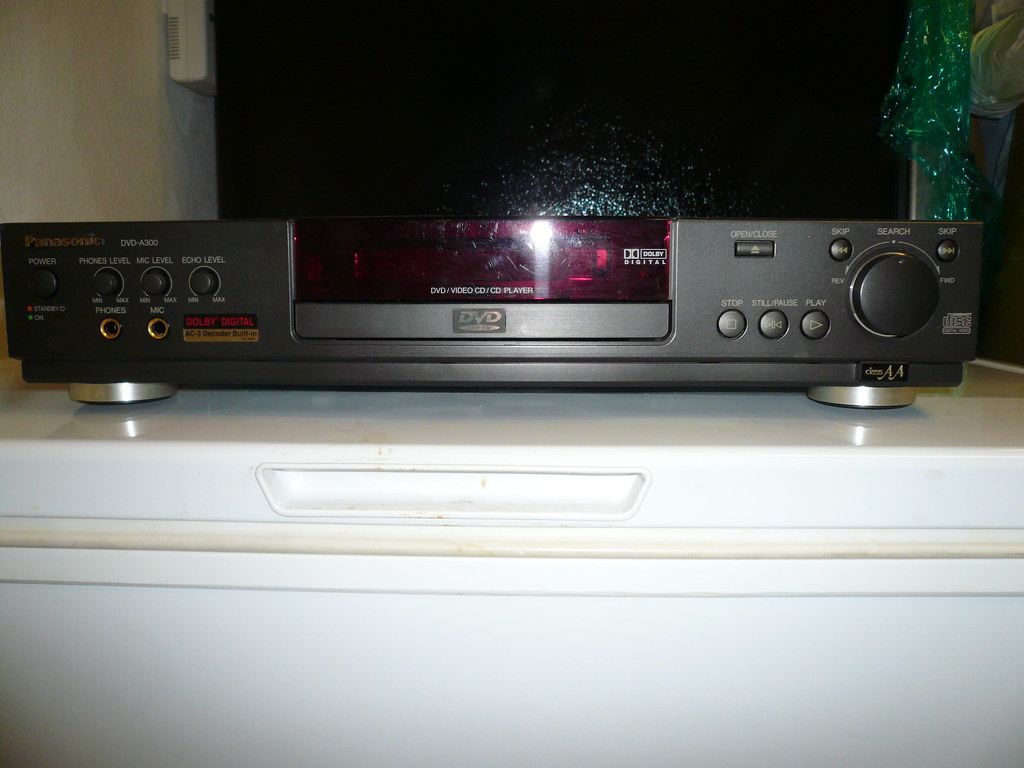 Eventually got rid of most of that stuff and the stereo rig became just a Marantz SR4000 with a pair of Paradigm Mini Monitors with the A300.
Last edited: Mar 27, 2017