Anybody else been following "Dexter"?

If so, what did you think of the finale? I have my opinion and I'll share later, but I'd like to hear yours first.

Rick already knows. He's the one that got me hooked on this in the first place.

I haven't been watching, but my cousin is a die hard fan and he was ranting on FB. Sounds like an interesting ending if nothing else.

I'm still on last season, so no spoilers please. I'll be going slow on it since it's ended. There is talk of a spin off.

afterlife2 said:
I'm still on last season, so no spoilers please. I'll be going slow on it since it's ended. There is talk of a spin off.
Click to expand...

We're in the same boat; going to watch them slowly, instead of a marathon viewing.
Haven't started the final season yet.
I'll have to remember to avoid this thread.
R

Yup, i am following Dexter...great story.

I thought the end sucked. I'll leave it at that.

Mark is asking that we share our opinion so there's gonna be spoilers. For those not doing Marathon Viewing you should really not be peaking but when Dexter comes out of the closet to be the proud queen he is ... Doug sexted the Adams.

The ending sucked, but that was intentional, kind of like the movie Gigli they put out buzz that is was a bad movie and the ratings went up because people were interested.

There is talk of a spinoff with his sister. I think that's why they added more characters.

did you watch the last episode? sister spinoff may be tough.. 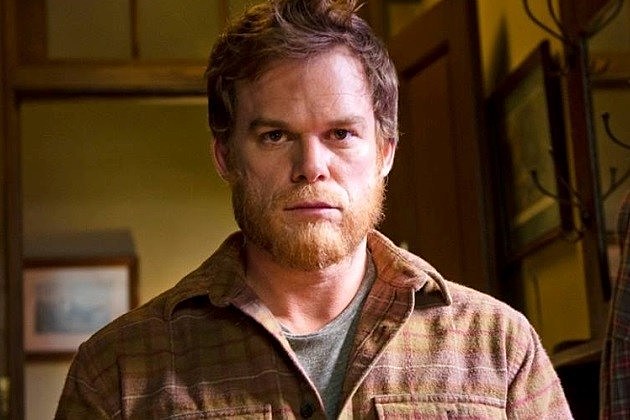 <figcaption style="width:630px;">Showtime</figcaption></figure> The oft-debated end to Showtime’s ‘Dexter‘ effectively killed many fans’ affection for the franchise, though some still hold out hope that the Bay Harbor Butcher’s world would live on in the form of a spinoff. Well, Showtime says it’s still possible, so long as series star Michael C. Hall is willing to return to the title role! What the what?!
Speaking to reporters at the ongoing Television Critics Association press tour, Showtime boss David Nevins assured the crowd that while no potential ‘Dexter’ spinoff has been planned for the moment, he would consider the possibility if Michael C. Hall would agree to return, at least in some capacity:
It would have to involve Michael. I would only do it with Michael … It remains to be seen if they’re going to want to do it, if I’m going to want to do it. They never felt like killing Dexter is the right end. I think that show is that character. If we were to do it, I would want to do Dexter in a new concept and configuration. I would want the show to feel different and not just be a continuation of the old show.
​
For those less in the know, ‘Dexter’ capped off a much-derided final season with an ending that saw – SPOILER ALERT – Dexter’s sister Deb being euthanized by her brother, who then proceeded to fake his death and take up logging work in an Oregon exile. Fans and critics alike presumed the tacked-on ending to emerge from Showtime’s notorious refusal to kill off popular characters, though Nevins said at the conference, “It was never discussed the idea of killing him … no one even brought up the idea.”
Right.
In any case, what say you? Would you want to see ‘Dexter’ in a new incarnation, or potentially a spinoff if Michael C. Hall returned in some capacity? How did you like the final season of Showtime’s beloved serial killer?

I thought the final season was trash, they hurried new characters, seemed like they rushed almost a decade of story line to a head in a half season... Try to button up a hundred unasked questions in a single season.... Then to kill off the sister, I don't see any poetry to that?
M

A "spinoff", or continuation, would destroy the impact of the series. Granted, the final season was a bit "contrived" but up until then it was pretty good.

Does anyone else remember when they tried to extend the life of "Babylon 5" or "Buffy" beyond the logical conclusions?
Last edited: Jan 17, 2014

It seems like the ends are never great, sopranos, shield, heros {oh that was th worst, heros last season was terrible...} I did like the end of breaking bad though, actually I would have to say one of the best all time series.. start to finish

IMHO I think it was one of the best possible conclusions.

As far as killing off the sister; she was always a tortured soul.
Always in and out of bad relationships, falling in love with her brother, keeping his secret, then killing for him.
He cared about his sister and put her out of her misery.

Dexter, he's forever trapped in his own personal prison, a life alone.
Both a son and a women that he loves far away in another country.
(I've read that the writers were told in the first season, that Dexter would not be killed off)
This show seemed more like real life, for me anyway.
The good guys don't always win, and the bad guys don't always lose.
It's the perfect stepping off point for a movie, a sequel, or spin off.
Just my $0.02

See I took the opposite from it Rick, I took that he really loves no one, and that was his curse, he gets "comfortable" with people but that only stains them with his negative existence, either making them neutral or bringing them into the negative but either way leaving them worse off then when he found them. While he cares for people and likes them he never truly feels love.... Making him the perfect serial killer, no emotional attachment, thats what keeps us from killing people all over the place or taking it a little further its what keeps us from needing to kill, we see our selves and people we love in others especially when they are vulnerable {like when you are killing them}, so we would be twisted up by killing someone... Sure a lot of people can be brought to murder someone, but 99% of the time its to protect or defend someone they love, since dexter can't love this doesn't apply, he kills in peoples defense but to satisfy his own urges as much as in the defense of the people he "knows"