Adding a projector to a hi fi 2 channel system

I’m an experienced system builder/hi fi dealer for 2 channel systems and rooms. But I’ve never done a projector. I have some pics and measurements. I was hoping to gain a better understanding of the best way to set this up. 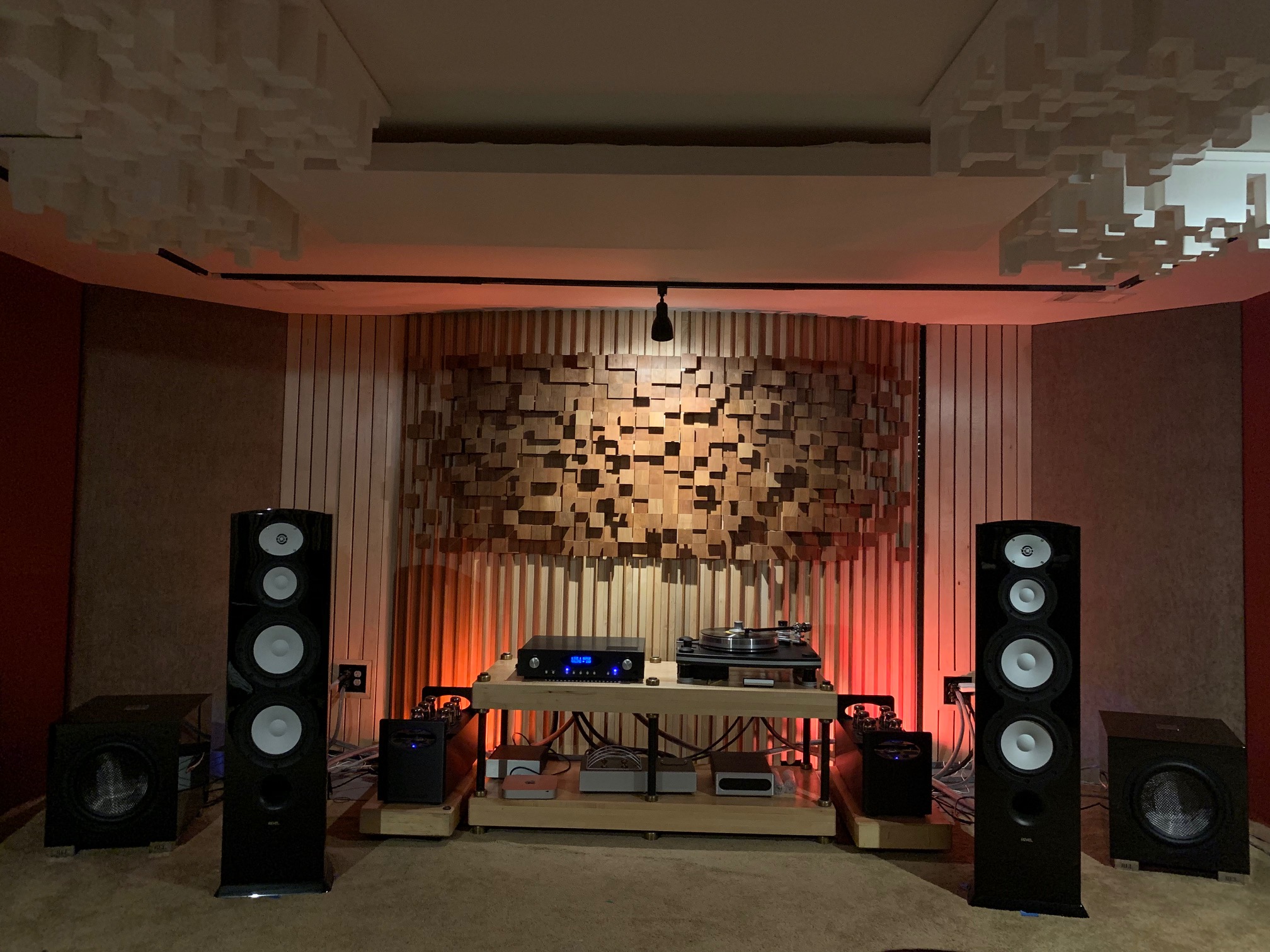 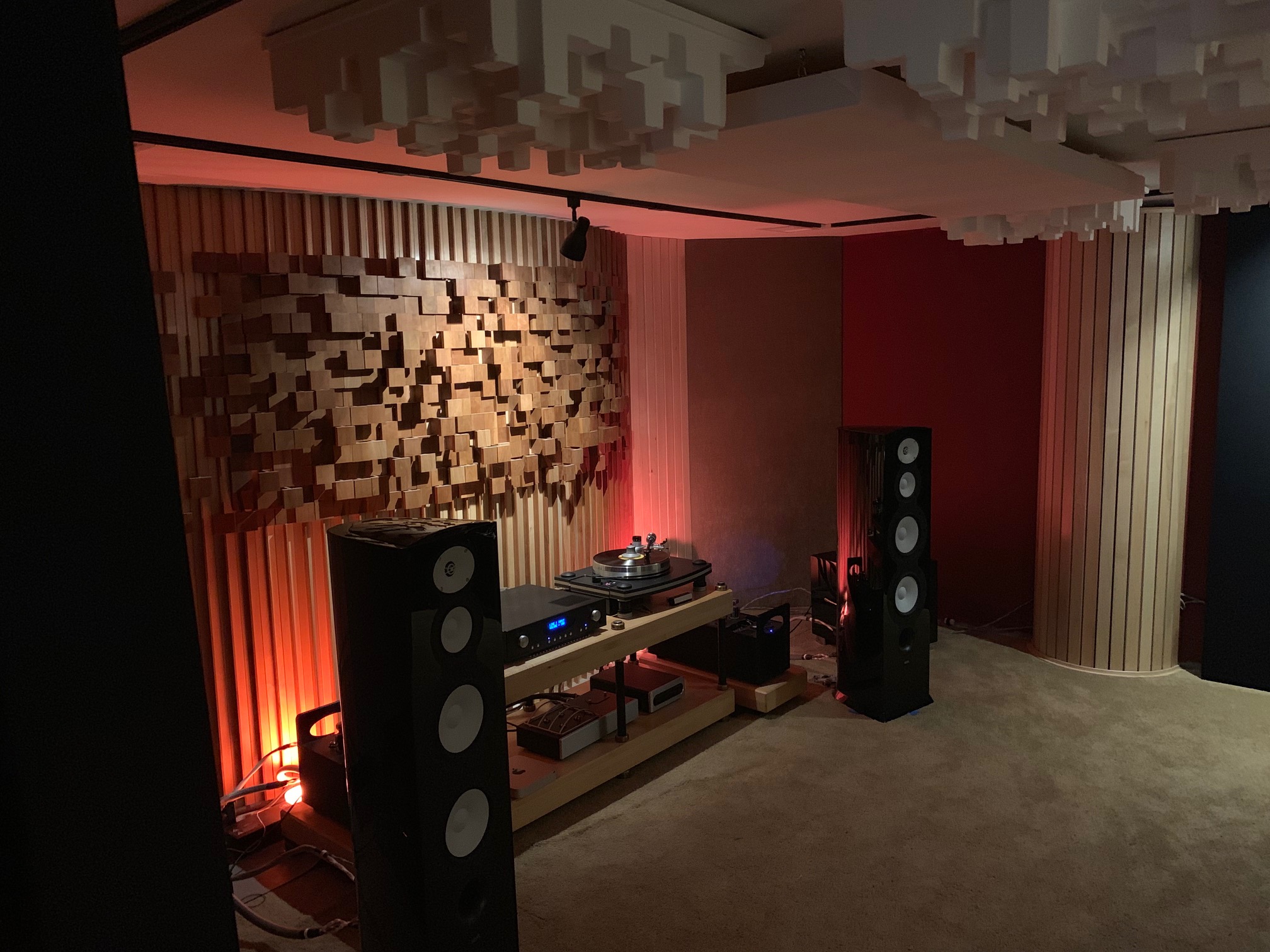 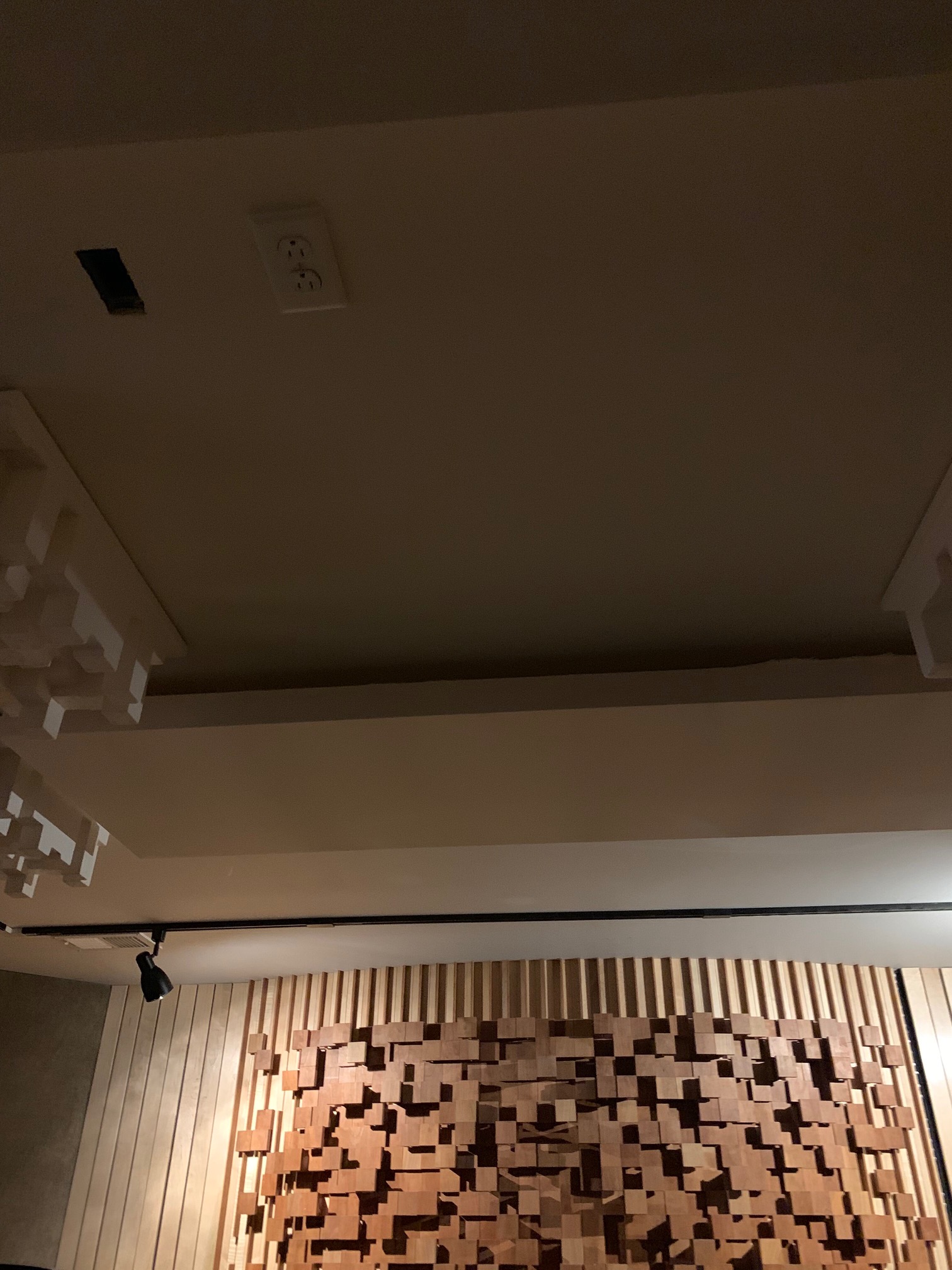 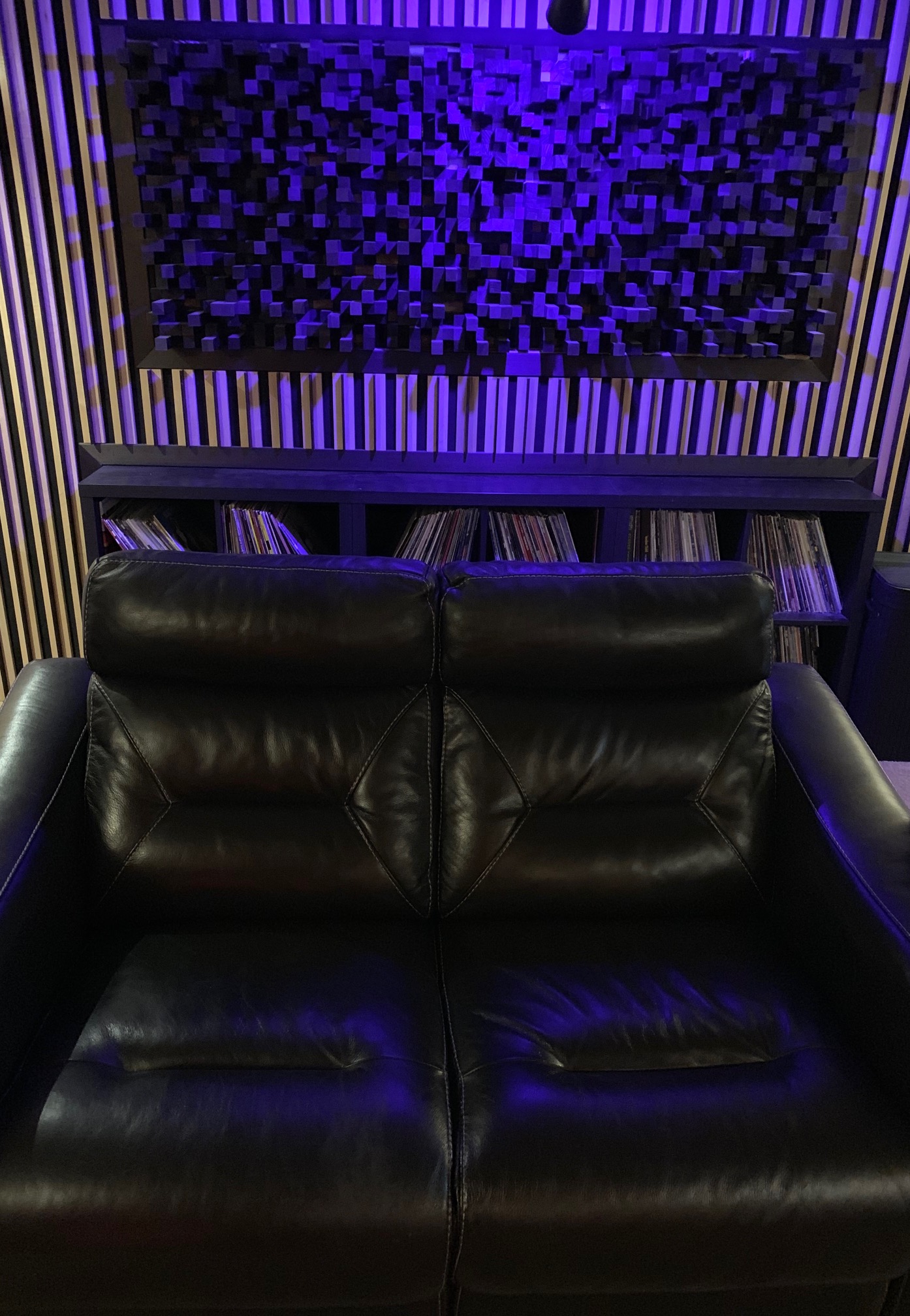 I’m looking at spending between 2000-3500 on a projector. I’ve got some height constraints on it though. The ceiling is only 7ft tall. I was considering fabricating a tray or some way to mount it as close to flush on the ceiling as possible.

The screen would come down right in front on the radial diffuser in the center. I’m looking at a 100 inch diagonal screen. Assuming that is a good size for the seated position. Which is 133 inches from where the screen will be.

I could probably get power to a motorized screen I’m also looking at what to get for that as well. Or should I just do a pull down one?

I have power where the projector would mount and have conduit set to run down any wires needed.

The projector would go right where the outlet is. In the pic. It’s right above the seating area.

Sorry to be such a noob on this stuff. I’m mostly going to use it for gaming with some movies/background images while I’m listening to 2 channel music.

The projector only has 95 inches between it and the screen. It would be mounted directly in the middle of the room/in line with the screen. 133 inches from the viewing position to the screen.

Also has anyone fabricated their own ceiling mounts for a projector? I have a full fabrication shop at my disposal to make whatever it takes. I was thinking of doing something it can slide into out of metal and paint it.

Any advice would be appreciated!!

Are you opposed to a fixed acoustically transparent screen? I ask because (as @BMXTRIX will tell you) pull down screens that roll-up aren't always uniform and can develop "waves" in the material that can be seen while watching.

If you go with a JVC projector they are pretty flexible as far as placement, but 95" distance from the 100" screen may require a short throw PJ.

I would suggest going to Projector Central Calculator and input your parameters with different projectors and see what will and won't work.
K

Thanks for the suggestions. I ended up choosing the Epson 6050 and a dalite fixed 106 diagonal screen. I realized I couldn’t get the picture I wanted in that room. The throw was too long for the screen size I wanted. I’m going to create a different theater room and keep my 2 channel room just for music.
You must log in or register to reply here.
Share:
Facebook Twitter Reddit Pinterest Tumblr WhatsApp Email Link