What are You Listening To? Atmos/Spatial Audio Version

I have have been exploring the Apple Music Spatial Audio catalogue. What I am finding with my (admittedly limited 5.1 Atmos setup) is some music nails it, some is a hot mess. I seems like some mixers just ran it through some processor, or decided to play acoustic Yahtzee with the song’s tracks, making it hard to rectify at times. The ones that nail it all seem to have one thing in commmon, they start out with a well defined front soundstage, albeit wider, and draw stuff out, giving the listener time to track and adjust. I know it will be some time before this gets figured out anew the sound engineers figure out a formula that works. Overall, I love it.

Anyway, what are some tracks you like, some you hate? Why? What are you listening to in Atmos music?

Fair point. It is not a true Atmos setup. Using the Atmos decoder to decode Atmos music streams, down-processed to 5.1. Call it whatever you want I guess…

Just as long as you don't call it Atmos. Maybe Dolby Surround at best, but more likely just Dolby Digital or even 2.0 upmixed?
K

OK, back to the point of the thread…

What works? What sucks? Why?

Sorry for the distraction, just couldn't see the Atmos with 5.1 thing to begin with. I am not an applish kind a guy at all, but curious if this might be worth it for multich experiences in the future....
K

Tidal is a source for multichannel music too….
Some songs have been awesome, huge soundstage, well defined and spaced instruments or effects. Ireally like it. Some of the classical is great, but not my usual jam. Other songs have been all over the place. I would describe it as a loss of coherence, if that is the correct term. I think the older stuff that has been dragged into multi-channel is usually less effective, where some of the newer stuff with access to the original masters has generally been better.

Beatles - Sgt. Pepper’s album is a mess
Half Moon Run - How Come my Body track is a fun spin.
Lord Huron - Long Lost album: I found it hard to hear, lacked resolution on vocals.Not a good job on an otherwise good album
Prince - When Doves Cry: kinda bonkers mix, pushed very wide.
The Rolling Stones - Angie is pretty well done for an older track.
Billie Eillish - Happier than Ever is a well done spatial album that I would not have listened to otherwise, but I found pretty good, actually.
St. Vincent - Daddy’s Home is just nuts, like her. So fitting, I guess. I like it.
Queen‘s Bohemian Rhapsody is an example of a mess.

I’m going to be relaxing to some classical Atmos tomorrow with my new massage chair.

a lot of the classical for the Apple Spatial audio is Hi-Res lossless as opposed to just lossless I’ve noticed.

edit: just checked Apple Music again and the area where you would see hi-res lossless and lossless on a single track is replaced with Dolby Atmos. Prior to the change, I noticed the hi-res lossless was predominant among classical titles in spatial audio. But if the whole album is hi-res lossless, it will list at top of album.
Last edited: Aug 15, 2021
T

Don’t worry about hi-res when playing tracks using the Apple TV 4K. While it is the only way to play Apple Music tracks in atmos, it does not support hi-res and plays everything back in 24/48.
T 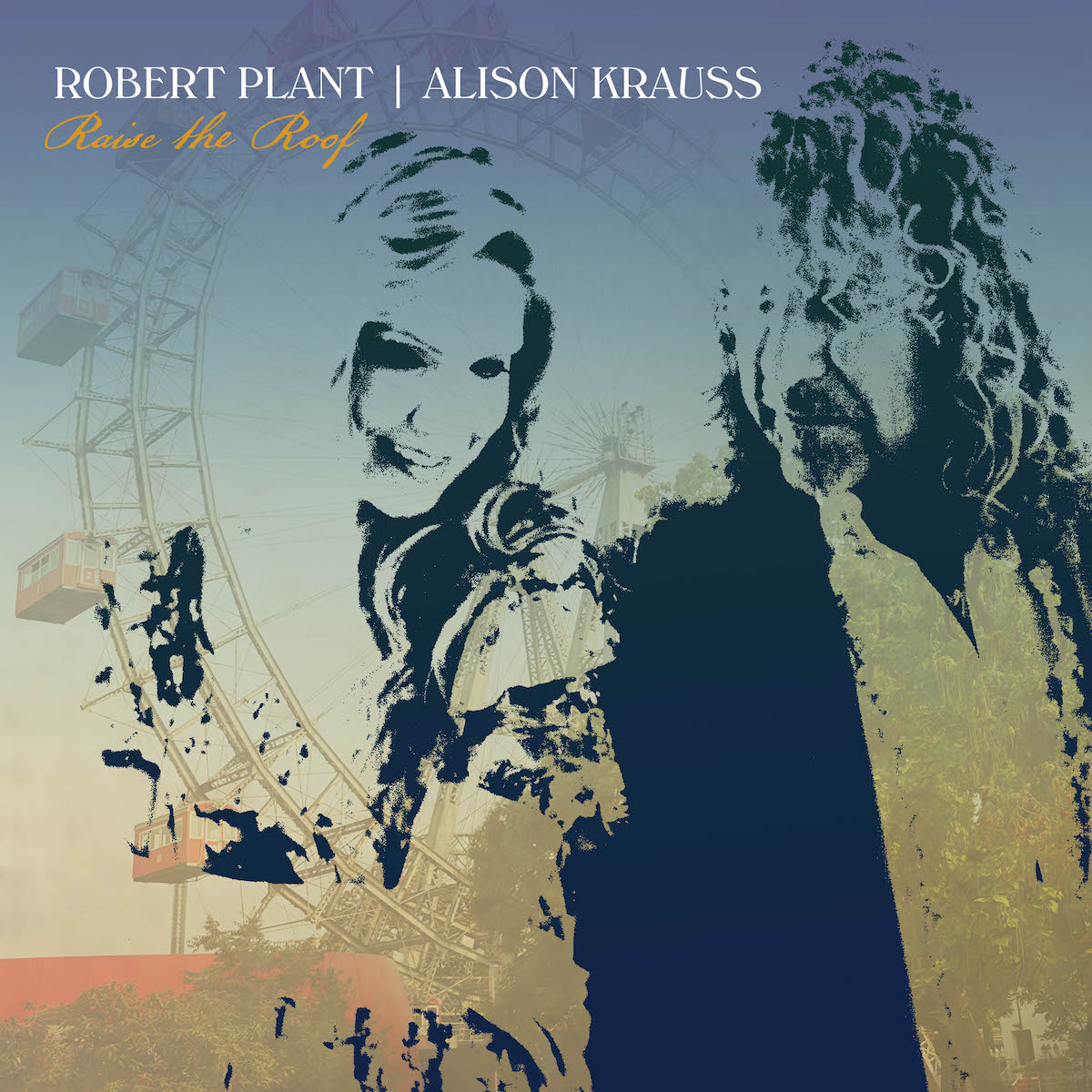 Listening to the "Made for Spatial Audio" playlist in Apple music. I do most of my Apple music listening on my Windows Computer. I use headphones while working. Computer set to 24 bit, 192000 hz. Spatial seemed like nothing but reverb all over and it sounded horrible. So I changed my Computer sound setting to allow Spatial Sound (Windows Sonic for Headphones). That fixed it. Now it truly does sound spatial. Not just reverb. Again Headphones only. Not speakers. Only problem is Window's spatial changes setting to 24 bit, 48000 hz. So now I will have to go back and forth with my computer settings when listening to lossless instead of spatial. I really would like it if Apple showed the bit rate and hz of the tracks. That would be nice to know when I should switch instead of just when I thought I should switch. My DAC only shows what computer setting I'm using, not the actual song info. Hope this helps anyone using headphones that wasn't are of this.

I have Apple TV's for my main systems when I am not at work, and yes it seems to play in Atmos including my whole 7.2.2 setup, automatically with the songs that have Atmos.
K

I am finding music on Apple Music in Atmos that is not listed in their own Spatial Audio search category. Leaves me wondering what else I am missing...

Recently, I found Fragments by Bonobo. Gene here found a newer album by Yello and mentioned it in a video. I found a kinda crazy version of When Doves Cry by Price that must have been from the Purple Rain movie in surround and slapped up online in Atmos.

Any other? Found anything that you think sounds really good?
Z

Ones I like:
Tom Petty You Don't How It Feels
Beatles Abby Road
Doors Riders On the Storm
Skynyrd Free Bird
Eagles Life In the Fast Lane
Last edited: Jan 21, 2022
D

zepaholic said:
Ones I like:
Tom Petty You Don't How It Feels
Beatles Abby Road
Doors Riders On the Storm
Skynyrd Free Bird
Eagles Life In the Fast Lane
Click to expand...

Tell ya what I bought Abbey Road Anniversary Edition for the Atmos and it's absolutely fantastic.
Thinking of doing the same for Let It Be but it didn't sound as good on Apple as AR did so I may not spring for it.
Sgt Pepper sounded pretty bad. Hope Apple keeps adding more.
S

To date my experience with multi-channel music has been via multi-channel SACDs played from my OPPO-205 to my 5.1 surround sound system. The OPPO has an HDMI input and can process Dolby Atmos so as I understand it I can by an Apple TV and connect to the OPPO to enjoy Spatial Audio from
Apple Music, albeit without overhead effects. Is my understanding correct?

If your receiver shows it is decoding the signal in Dolby Atmos then that's what you are getting. If it converts it to Dolby True, or anything else then, you are not. That doesn't mean you aren't getting the best possible from your SACD's. And anything not formatted in Atmos, cannot be changed to Atmos. Unless you go through a computer and buy the Atmos computer program from the Microsoft store and can convert it to headphones or a receiver hooked up to the computer system that decodes atmos. I tried that but I felt Atmos sounds dull like the Dolby function is lowering the quality- it is not the same as Spatial audio from Apple. DTS software purchased and added to my computer sounds fantastic!. My Apple TV sends Dolby Atmos signals to my receiver which shows spatial audio is playing in Atmos. Spatial audio is fun. I like the Yello band that was pointed out to me. But it doesn't beat the high definition of regular SACD's 5.1. Hope that helps. The Carpenters, Dire Straits, Peter Gabriel "UP", RUSH Stereo SACD's can't be beat. You can get spatial audio from cheep Air pod Pro headphones and your Iphone. By "cheep" I mean being compared to the Multi-thousand dollar systems us many of us Audioholics try to build to achieve sonic drunkenness. Before you invest in Height channels, ask yourself if to hear spatial audio is really that important. There isn't very much content. Listen on your Iphone first. Your good stereo, with excellent soundstage is fine. Your set-up I'm sure sounds AWESOME!!.
K

Time to dust off this thread....

So, lots of new stuff coming out, studio remixes, new music, and reissues that may or may not be studio mixed, but are probably just upmixed if they don't say remixed.

What are you listening to? What have you found that sounds great in Atmos?
Is anyone else having Gapless playback issues? Apple made a big deal of launching live mixes, and DJ mix albums (check out Jeff Mills OneMix old school Detroit techno), and I am getting gaps with AppleTV 4K. WTF Apple!?!
K

Personally, I have been listening to the Doors remixes. They seem pretty well done. The Jeff Mills OneMIx is good too. New Kendrik Lamar, Floence and the machine, Arcade Fire.