Very good, no issues with this one no freezing up
H

Can't speak for the OP, but at least for me and my X800, once I cleaned up my network by going with a google mesh network, most of the lockup issues went away, whether I was streaming or playing a disc. Guessing when you are playing a disc, there still is some activity in the background with the internet.
M

I'm going to repeat my last question - what does a network connection have to do with playing a 4k disc? I'm assuming that I can play ANY disc off-line. In fact, since I don't use my X800 for streaming, it is almost never connected to my home network.
G

MTVhike said:
I'm going to repeat my last question - what does a network connection have to do with playing a 4k disc? I'm assuming that I can play ANY disc off-line. In fact, since I don't use my X800 for streaming, it is almost never connected to my home network.
Click to expand...

There has been reported issues with freezing up with both in use with the Sony X700. I went through umm 5, Sony X700's before I hit one that doesn't freeze up when playing a disc Or streaming. One OR the other has a lot to do with playing a disc or streaming when the unit freezes up streaming and the player won't respond to any remote commands same went for playing a disc.
T

Thanks, interesting information. What is BD-Live? The link in the document from Sony doesn't work.
T

Now, trying to connect to BD-Live will be impossible anymore since it shut down a few years ago and any disc that has the BD-Live icon will not be able to connect to the service. If somebody has a disc that actually still connects to anything, do tell.
T

Sony and Warner discs did not connect to BD-Live. Funny, tried BD-Live on Universal’s “9” blu-ray. Internet content still available but it contains ten year old extras and trailers. Only used the pocket BLU app once years ago but it is no longer available to download.

Trebdp83 said:
Sony and Warner discs did not connect to BD-Live. Funny, tried BD-Live on Universal’s “9” blu-ray. Internet content still available but it contains ten year old extras and trailers. Only used the pocket BLU app once years ago but it is no longer available to download.

Lol I’ve been trying for months to figure out why bd live no longer worked on my Sony’s learn something every day thanks for putting that out also noted grace note stopped working too is that a thing too ?
P

I sold my old Blu-ray player and as i bought a new 4k Tv in 2020, i am searching for a 4k Blu-ray player.
I was between sony x700 and x800m2 but then i saw all those bad comments from so many owners about freezing,disc stuck inside the drive etc....
i was reading for 1 month several forums,chats and comments at youube from owners trying to see if there was any solution about those problems.
One owner proposed to unplug the player every time before you use it and wait 1 minute before you plug it in again.Other owner proposed to deactive internet access at the player.....
I was really dissapointed and i didnt know if those solutions really work and can solve the problem until i read this thread!!!!!
Does this solution with leaving a gap under the player to 'breathe' REALLY SOLVES the problem?if thats 100% sure i will pull the trigger and order it!!!!
Why Sony didnt give this solution at all those unsatisfied owners then?.....At the official Sony forum.the techicians of Sony give stupid solutions such as ''clean the disc'' or unplug the player.How did they couldnt thought about the overheating problem?
Last edited: Jan 25, 2021
P

Also which do you reccomend? x700 or x800m2?
i will not use it for streaming at all as i use my built in apps on my TV,so only for 4k discs.
As i can see the only difference is that x800m2 has bluetooth and DVD-audio as an extra and better build quality.
Does the better chassis and better spacing inside the player really helps a little bit the overheating problem as
@VMPS-TIII mentioned at previous post?......Because x800m2 owners are complaining too about freezing problems
Last edited: Jan 26, 2021
S

It’s been working on my x800m2 so far. Seattle area is only toasty a few weeks in August though.
S

MTVhike said:
Thanks, interesting information. What is BD-Live? The link in the document from Sony doesn't work.
Click to expand...

BD Live is the answer to your question. When your player is set to BD Live, upon disc insertion, the BD Player searches for recent movie trailers to present to you before playing the movie from the disc you inserted. For example you might insert a disc you purchased 3 or 4 years ago and if BD Live is turned on you might see trailers for movies produced yesterday.
M

Thanks, Sterling. That capability is of no interest to me.
P

Well I finally got me a Roku!! I should have picked one up months ago! 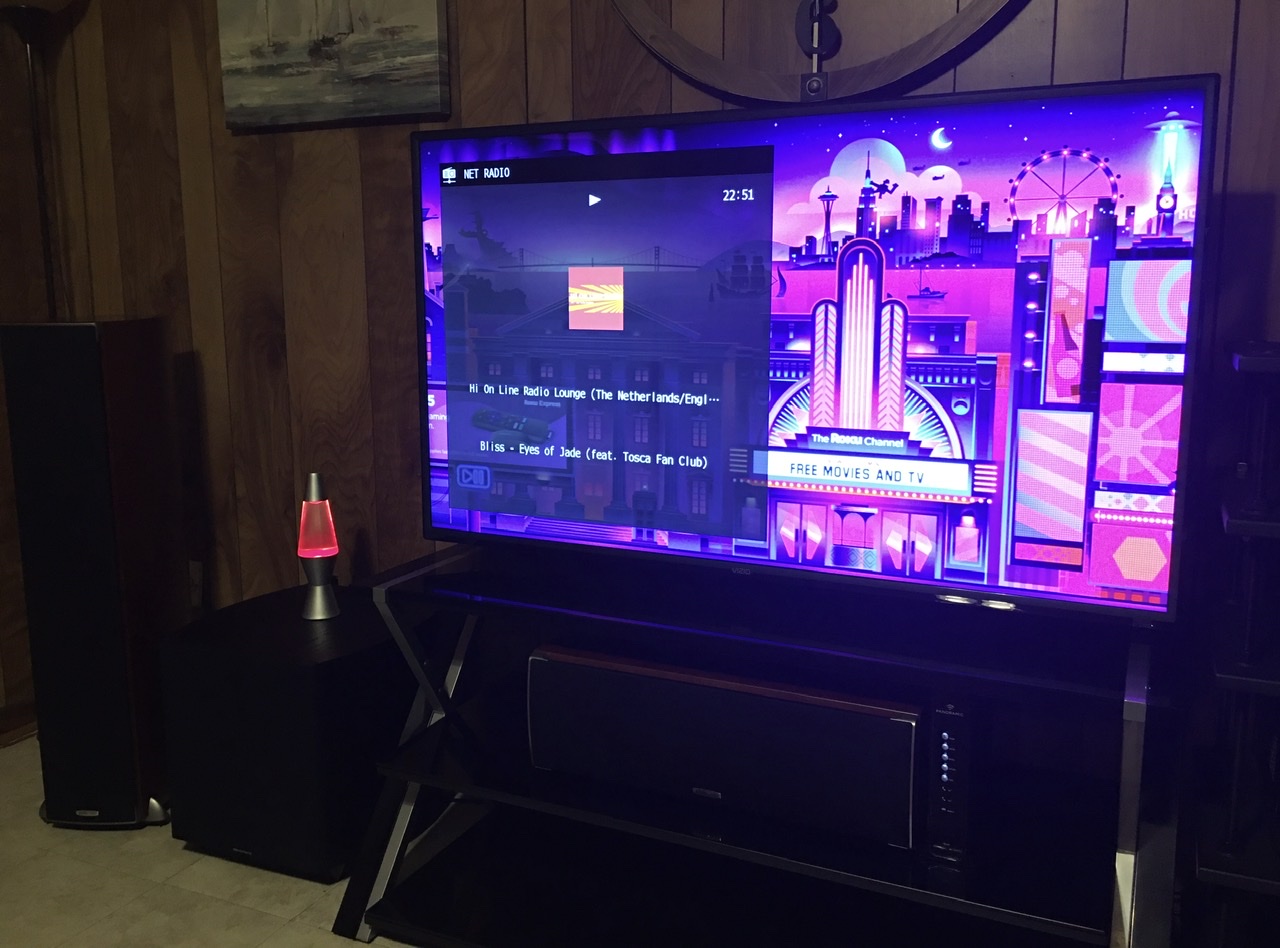 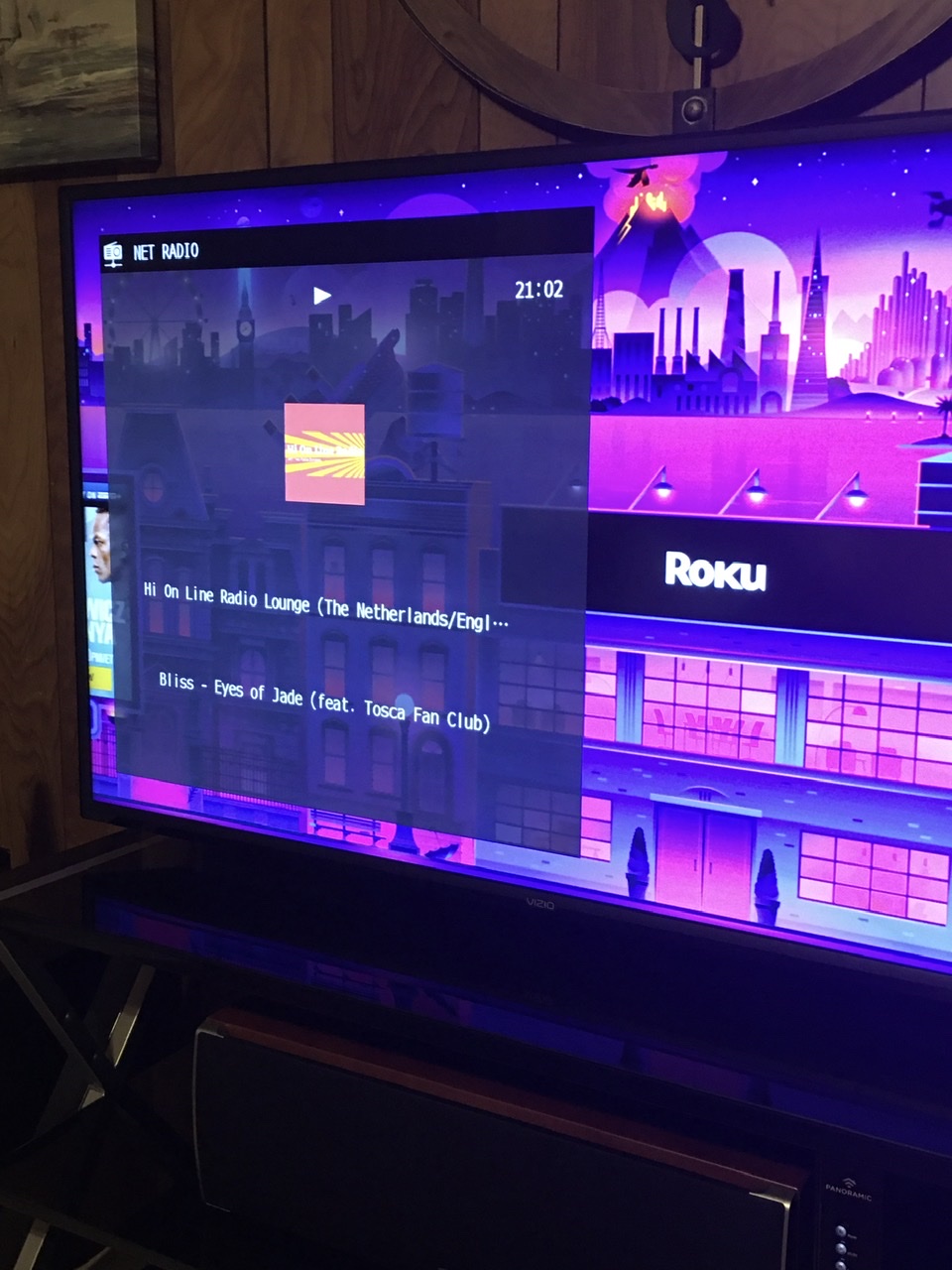 I have horrible freezing problems with my x700...they are intermittent and I cannot determine a pattern that might explain it. Sometimes the player will stream for two hours before it locks up--other times it will lockup every 15-20 minutes--same streaming apps--happens on Prime as much as Netflix. It's maddening. Once it went into a hard lockup and wouldn't shut itself down or respond to the remote--had to unplug it, where usually when it freezes it will cut itself off. That's happened only once, but that is once too much. I even replaced all of my aging 5e cabling with brand-new Cat6 cabling just in case--did not improve the x700's freezing one iota. I tried everything--even setting the resolution to 1080P just to see if it made a difference--it didn't. I have a 4k TV HDR 10 55", btw.

So...bought a 2020 Roku Ultra--which downloaded and installed a bios update immediately. What a difference--using the same apps and the same network supporting the x700 (I only use wired networks) it hasn't frozen even once in the last week, although used for hours each day! That would be impossible for this x700--completely impossible. The image quality is noticeably superior to the x700's when streaming: ROKU claims to have used newer chips in the 2020 edition of the ultra--the image quality is simply better than the Sony (when the x700 is working in between freezes.) I have to say that those Roku reviewers on the 'net who complain about the ROKU's UI must be smokin' crack... It's so simple and easy and intuitive it makes the Sony UI look like a Chinese water puzzle by comparison--which is just another strike against the x700, imo. I agree with ROKU--don't change it--you will just screw it up!

Tried my first 4k movie in the x700--a 2:15 movie that played perfectly until the last 20 minutes, when the player locked up--exactly like it does when streaming. This was a brand-new movie, carefully removed from the packaging by its edges--no fingers have ever touched the disk. I am very disappointed in this Sony. I was only surprised it didn't freeze much more often during the movie, but that is the intermittent nature of the problem. My last S3100 BR player never locked up streaming Netflix or Prime or playing Blu-ray disks. For some reason, AMZN dropped support for the S3100 player for Prime, although Netflix did not drop support for the S3100. Gave the S3100 away!

I tried to return the x700 to AMZN for an exchange, but was told that I could only get a refund because AMZN had discontinued selling the device direct. Go to the Amazon Sony store page today and the x700 says shipped and sold by Amazon! Guess I'll try Amazon again for an exchange. Don't want the refund--I want a 4k player that works as advertised. That last bios update for the x700 was March 2019--two years ago! It doesn't provide me with any confidence that there will ever be another update for this very buggy 4k player.
You must log in or register to reply here.
Share:
Facebook Twitter Reddit Pinterest Tumblr WhatsApp Email Link