The belt, that turns the cams under the control of the deck logic, of my TEAC Z6000 cassette recorder broke a few months ago. I bought this beautiful deck as a master recorder in 1984. They were specified as studio mastering cassette decks. I used to master my outside recordings for duplication prior to being able to produce CD in quantity in the home. I had a bulk duplicating rig, and the main use of this machine was to record the masters.

After a lot of searching I found belts. With great difficulty I replaced the belt. Unfortunately it did not work after replacement. After inspection the belt breaking had damaged a plastic cam. So I got in touch with BC electronics of Littletown PA. They specialize in TEAC open reel and cassette recorders. They will not service auto reverse models. They had a good supply of parts, in all probability the remining world supplies. This is a very rare machine with few produced. I thought it worth repairing as when I checked used sales, only two had sold as far as I could tell, one for $1000.00 and the other $2000.00. So that saved it from the recycling bin! 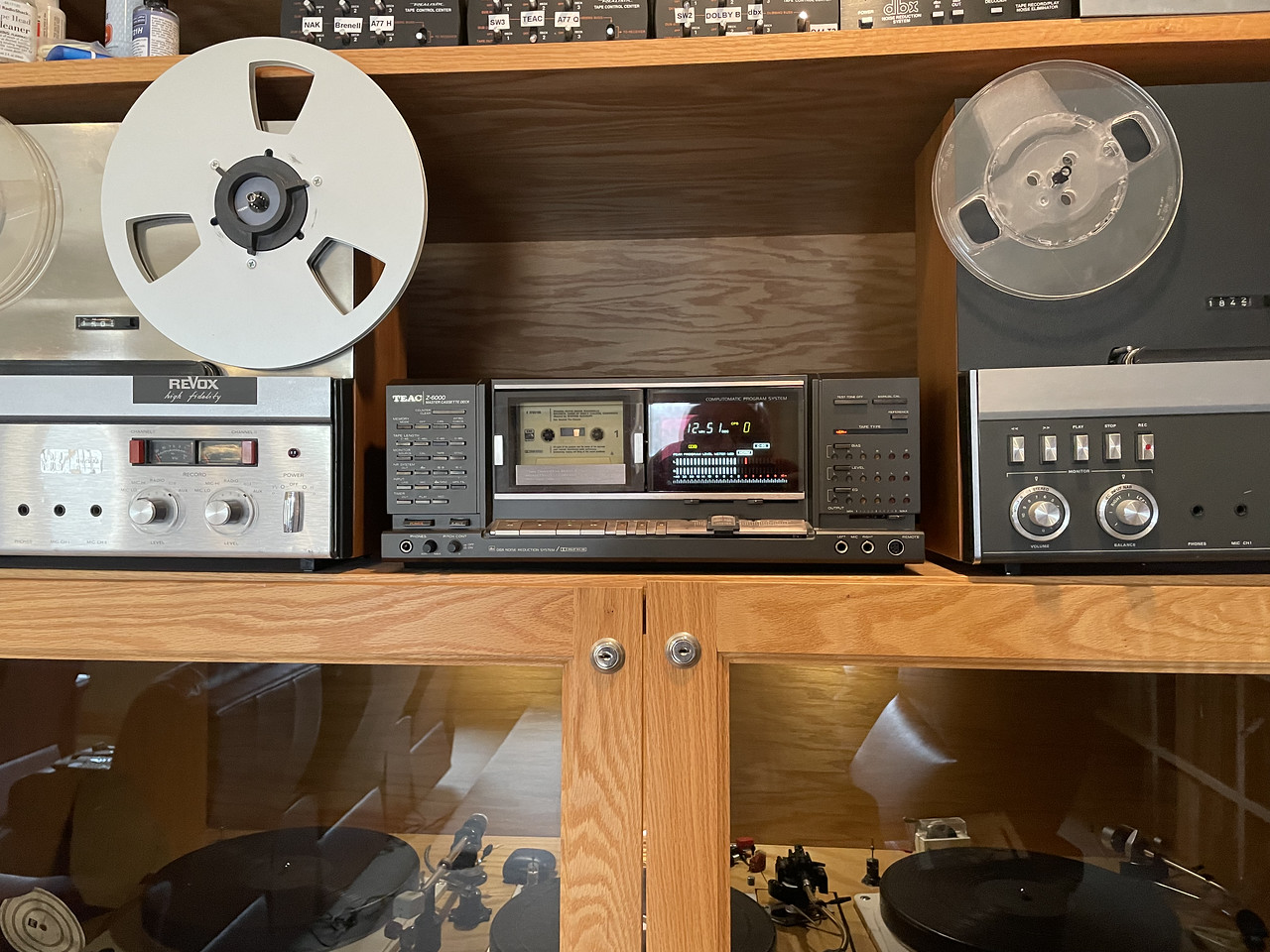 In this view you can see the Revox MK II and IV reel to reel machines, the switch bus for those local recorder, the Dolby unit and the dbx II tape and disc decoder. 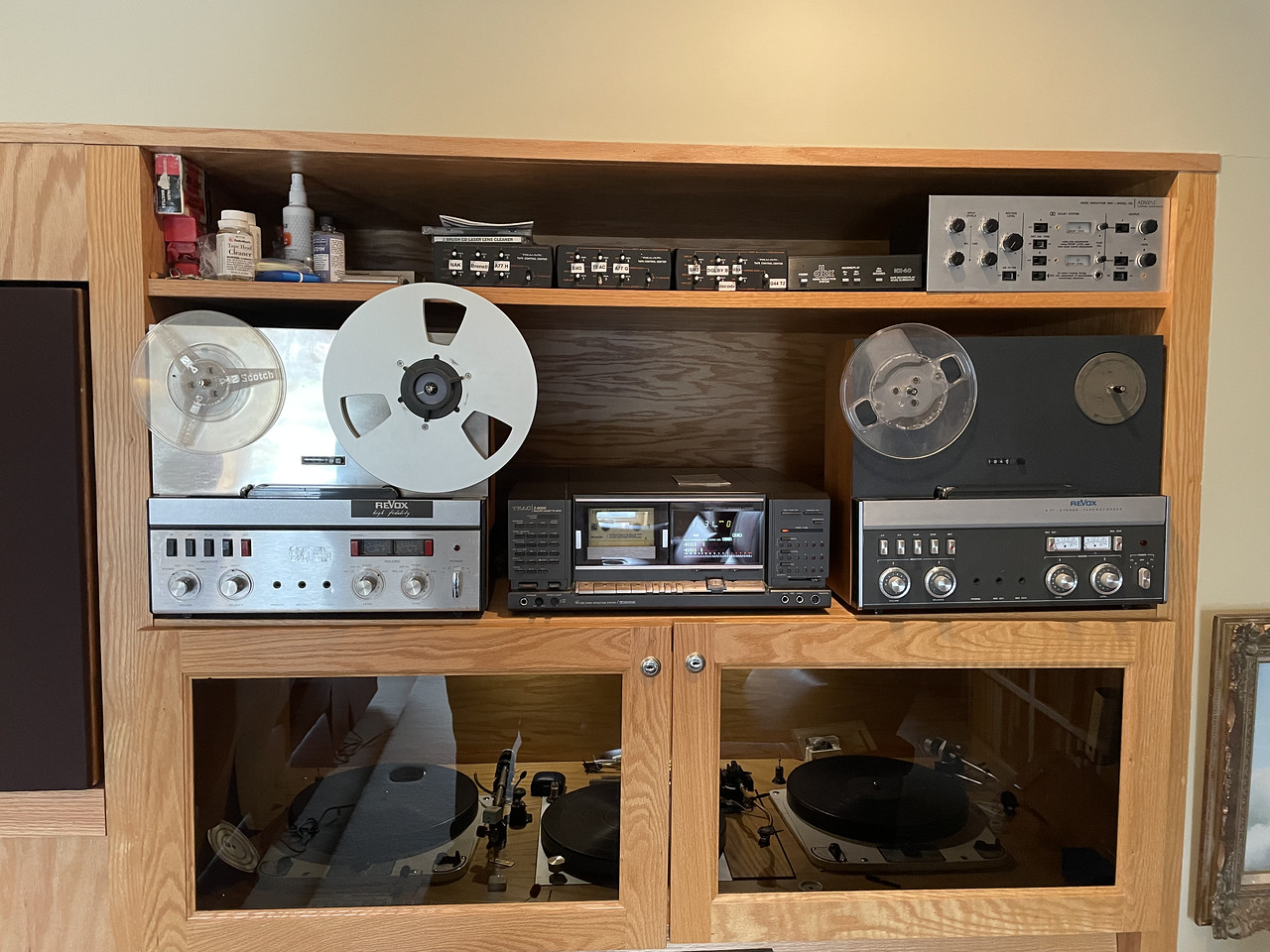 Unfortunately when it returned, it still did not work, as the solenoid that threw the heads up to contact the tape had jammed. So I did not want to get into it again, so I returned it.
I guess FedEx had thrown it around, and caused damage despite a superb pack.

I got it back three days ago. I bench tested it, and then reinstalled it this afternoon.

This why I was not eager to wrestle with it again. 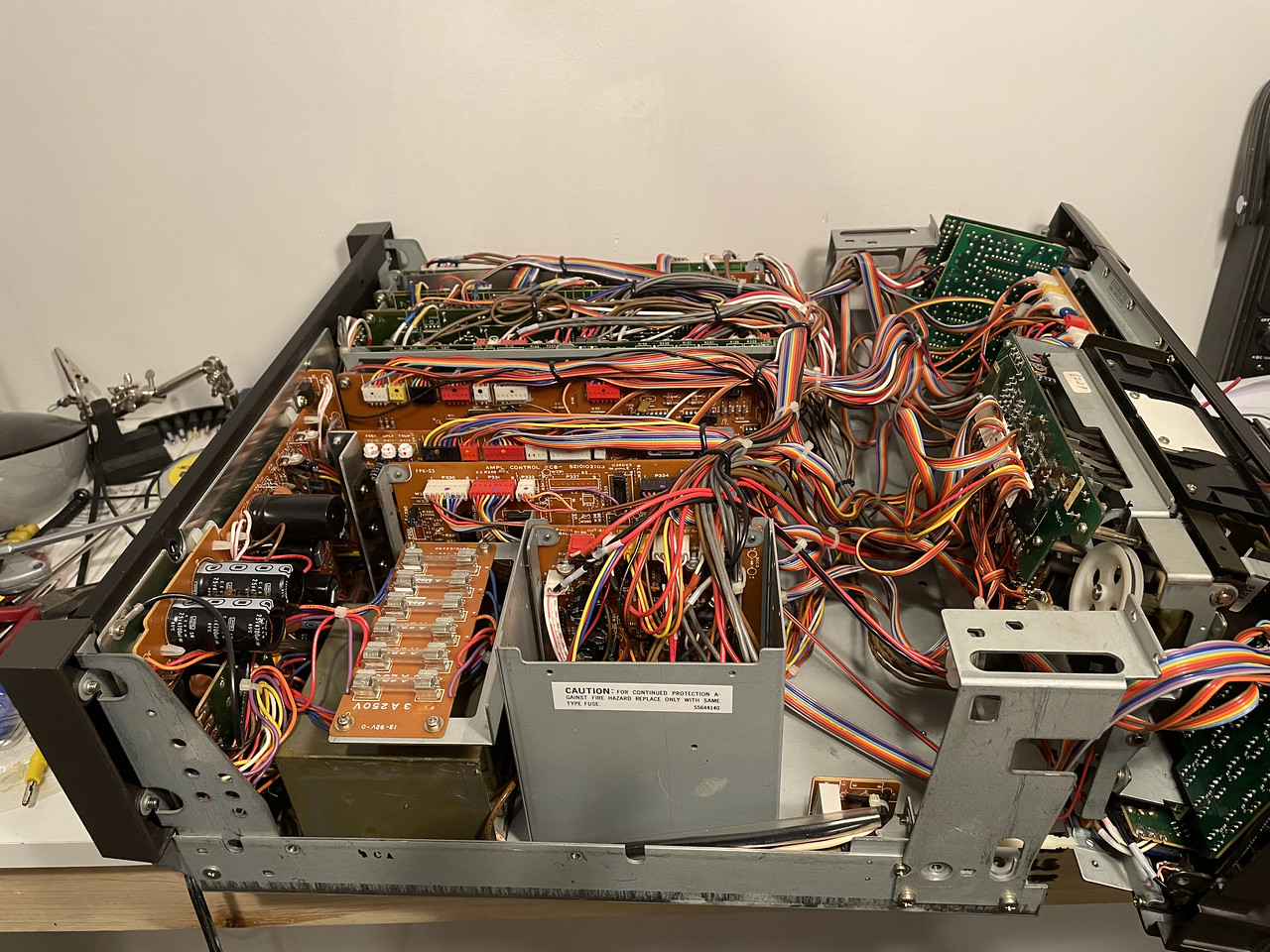 It was always a really good sounding deck, and it is back to its previous state I'm glad to say. I have never been over enthusiastic about the cassette as medium, but this unit does put its best foot forward so to speak. So it is now back in its place in the museum section. I have to say that BC Electronic were highly ethical and professional, and I can recommend them without reservation for TEAC tape machine service.
You must log in or register to reply here.
Share:
Facebook Twitter Reddit Pinterest Tumblr WhatsApp Email Link