Whew, some of the biggest powerhouses in the Final Four. Go Coach K! But if not thank you for the memories. His golden era was 88-92. And this guy..... 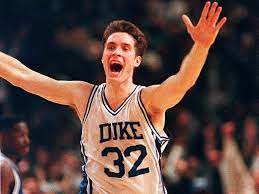 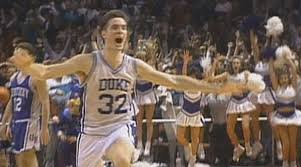 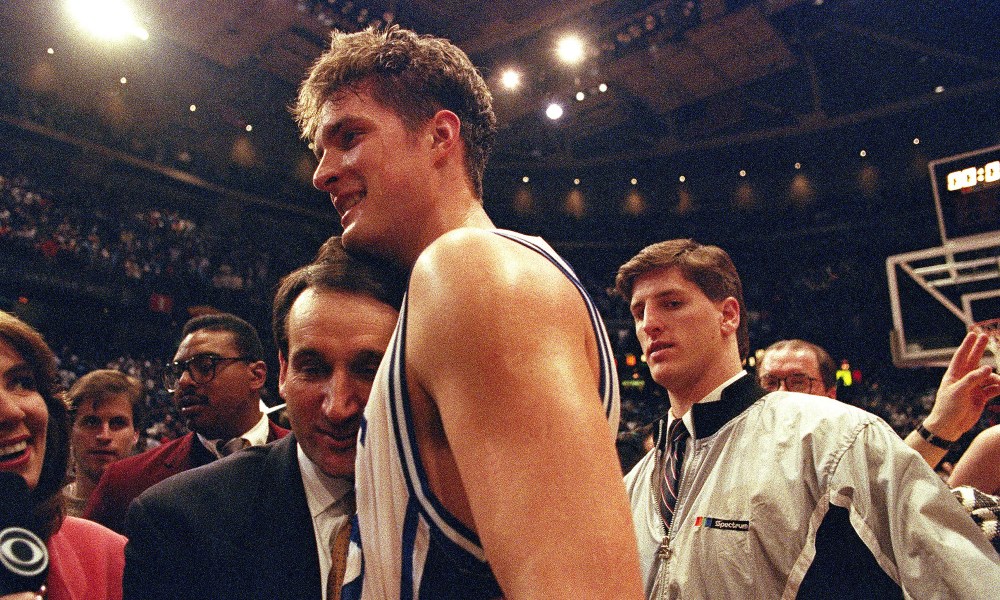 What did Christian Laettner say after hitting the winning shot? Get off me!!! Hahahahaha

Biggest single day race in cycling tomorrow. The Tour of Flanders! I will be drinking beer and eating fries with mayo starting around 6am tomorrow. Too bad covid has taken out one of the top riders.
D

Went into this weekend thinking Duke has a pretty good shot. Then after seeing Kansas do a number on Villanova--yikes! Plus NC beat Duke badly at home.
D

Wow, Kansas was down by 15 at half and came back. K 72, NC 69. Looked like their transition game just killed NC. Anyway, congrats!
D

Press: What a tremendous comeback by Tiger to even be playing!!!

Me: It isn't as if he's playing football.
D

Seems they checked out LOL. Had GS not gone on a run in the 4th they'd have lost by over 50 LOL. Well the Bucks/Celtics was fun anyway.

Larson the best in Nascar?

not much of a NASCAR fan anymore, open wheel and sports car racing are my favs along with NHRA
D

Celtics in a blow out. Skying the 3's. Around 25 they made. Even the reserves were hitting em.
D

Goodness me. He had some help, but Justin Thomas is the fifth major champion to have come back from 7+ shots in the final round.
D

Some of my Tiger memories were way back in.the day when he said 'I did pretty well' at one of the British Open's. The wind was high and that long grass. He took third at like +3 or so. Pretty shifty conditions that week LOL. One year he won the BO it was reported he didn't miss a fairway all week or something ridiculous. There was the year he won the US Open at like -17. He settled for a tie for the record, but I seem to remember him sinking a lot of 15-20 ft putts. 14-1 when leading in the final round, but my fav is four in a row. That's just crazy good.

Mikado463 said:
not much of a NASCAR fan anymore, open wheel and sports car racing are my favs along with NHRA
Click to expand...

Same here, I used to follow it, until they started stage racing then they lost me and a whole lot of others. Plus its become so dependent on an overabundance of rules. that they seem to make up as the season goes along.

Scott Dixon on the pole for Indy, wow what a qualifing run !!
D

Seems redundant to say at at this point, but another title for Rafa at the French. 14-0 in the finals.

The Rafa statue at Rolland Garros 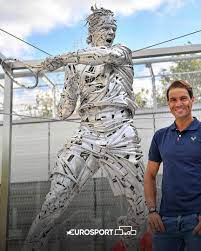