I know nothing about your TC Driver.
*shrugs

The NSW is one of the top Pro Drivers that I've seen DIYers talking about, though. It can be pushed low, with penalties, but it's true purpose is mid bass. In a Dev, it will have enormous output due to the horn loaded front chamber.
Again, if you want to learn about it, take the advice I just saw given in the Dev Index thread and start looking at the designs, their models, and see how they all compare. Red Five has been exceedingly generous in detailing the compromises of the different designs and he and Chris (AC707... ???) have posted many comparison graphs between different Dev designs.
I recommend starting at the beginning of the first Dev thread: 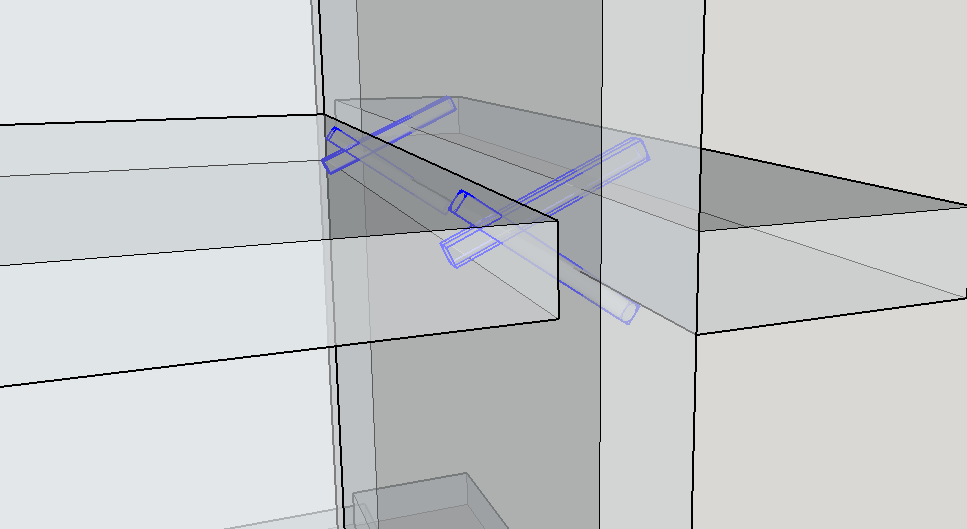 www.avsforum.com
and reading through that and the index in their entirety.
C

Looks like I'm late to the party!! Let me catch up!!

cameron paterson said:
Would this 21" NSW outperform the SI HST 18" if they were both tuned at 17hz in the proper box for each? 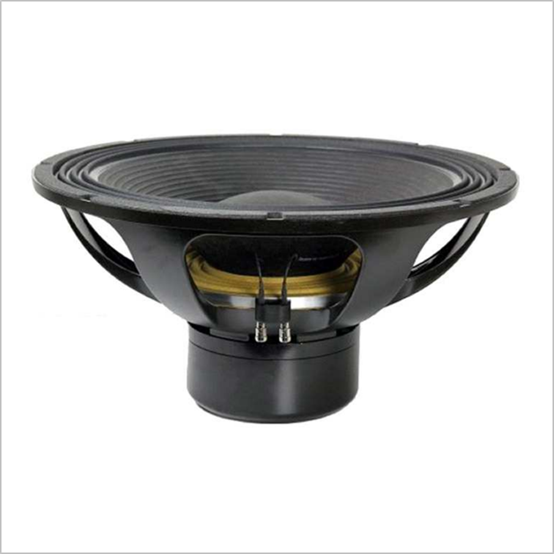 Does this subwoofer actually handle 5000 watts RMS?
Click to expand...

cameron paterson said:
Would this 21" NSW outperform the SI HST 18" if they were both tuned at 17hz in the proper box for each?

Does this subwoofer actually handle 5000 watts RMS?
Click to expand...

You're correct I read that too quickly.
C

Hey thanks for joining in Jason! I understand the HST-18 is not a pro driver... but how would the NSW 21" in the Devastator enclosure from you guys at GSG and the HST-18 match up with if the 18" was also tuned at 19hz like the Dev?

cameron paterson said:
Hey thanks for joining in Jason! I understand the HST-18 is not a pro driver... but how would the NSW 21" in the Devastator enclosure from you guys at GSG and the HST-18 match up with if the 18" was also tuned at 19hz like the Dev?
Click to expand...

I'm elbow deep into a response to all the above questions. Will be a bit with modelling etc.
I'd recommend reading up in the FAQ section on the GSG webpage for some great explanations about Impedance 4/6/8 etc
C

I'm interested to see @JasonGSG 's models...
I guess what I meant to convey about the HST is that it will require less power to play 2Hz lower than its Fs, rather than what will be needed to push the NSW 6Hz below it's Fs.
The hardest part is predicting what the in room response may look like.

How this looks to the user is that the NSW may well be tapping the full 2500w or possibly even more to push it in to infrasonics at high SPL.

That is too many questions. LoL. Took some time to locate all the data & numbers

The Devastator with the Eminence 21 blow's away an HST 18 or an LMS 18 in a Full Marty on the same power.

The Devastator will have the same output, perhaps even a hair more at 19Hz (approx. 120dB) while above 50Hz it soars over 130dB while the HST will be crushing its own output with inductance and struggling to stay at 120dB in the upper bass. The LMS will do a dB or two better. It is not just more SPL, but the efficiency in the upper bass on the Devastator is what makes it particularly special. Its efficiency in the upper bass goes over 30 percent, while the HST and LMS are something less than 0.5% (yes, one half of one percent), which makes the Devastator something like 60x times more efficient at turning electrical power into acoustic power.

The Eminence driver is called a 6 ohm, but has a DC resistance of 3.6, so it could be called a 4 ohm driver. These are just semantics. The Eminence has much more excursion capability than the B&C. At 2kW, the B&C will be out of excursion while the Eminence will have plenty of room to run.

As for power, the Eminence is spec'd at 5000 watts program. That's not sign waves, but it is continuous output. I know we have plenty of bass crazies and I don't recall hearing of one driver burning up yet.

Sometimes we get questions about our recommendation for the LaVoce 8-ohm driver. The story typically goes that the 4-ohm driver will “pull” twice the power from the amp and since “more power is always better”, the 4-ohm driver is clearly better, right?

As a quick primer on amp power, watts are equal to volts squared divided by resistance:

And each channel of the NX6000D amp is limited by either:

The GSG 21” Full Marty Roundover cab will be used for the enclosure.

This is the response of the two drivers at precisely 1 watt each in the cab: 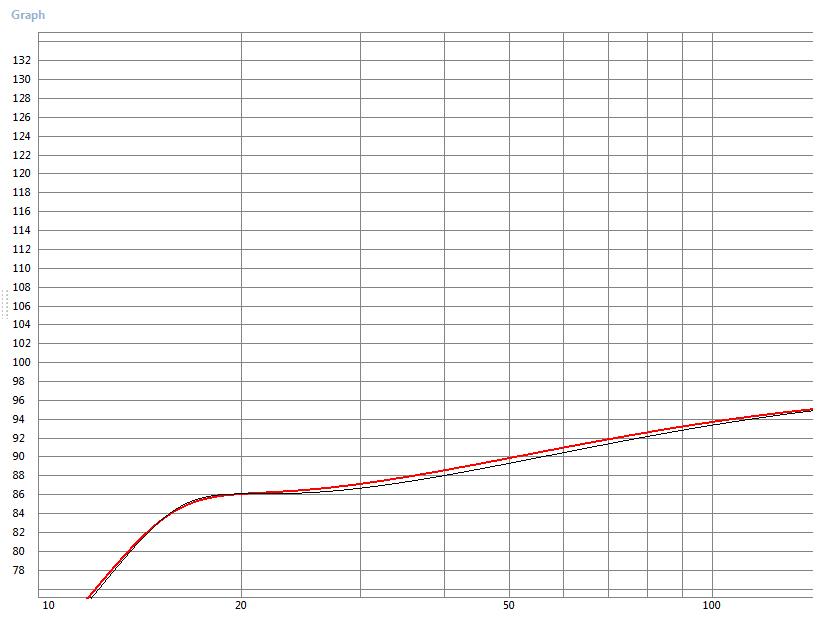 The two drivers have essentially the same efficiency, perhaps the 8-ohm has a hair more, but for all practical purposes, the efficiency across the whole bass region is the same.

So let’s turn up the gain and see how many watts will each driver attempt to “pull” from the amp?

Assuming that the amp could survive under those conditions, this is the response that would result: 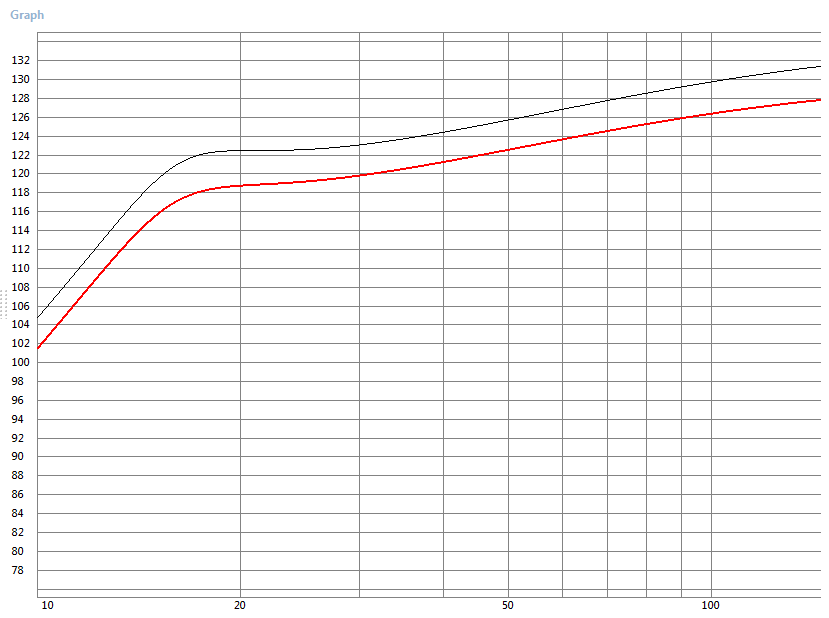 However, we need to look further into what is going on.

Recall that subwoofers typically have a large change in resistance (impedance) based on frequency). This is how it looks for these subs (the value on the Y axis is ohms). What can be seen here is that where impedance is lowest (around the tuning frequency 17 Hz or so), the amp will be producing the greatest power and where the impedance is highest (around 44 Hz), it will be producing the least power.

[Side note, guys in the car audio world who “burp” their cabs in SPL competitions will typically do so right on the impedance peak frequency in their cabs because it makes the loudest noise while putting the least demands on the amp.
C