Staff member
With a singing career that started in 1962 with brother Tony, in a band called the Warriors, to 35 years of playing with one of the most influential bands in Progressive Music, Yes; Jon Anderson has inspired us for five decades. He has authored so many songs in his career that it'd be a daunting task to count. Especially when considering his many collaborations with artists such as Vangelis, King Crimson, Mike Oldfield, Gowan, the Contemporary Youth Orchestra of Cleveland, Trans-Siberian Orchestra, Glass Hammer, Toto, Bela Fleck and the Flecktones (to name some), his movie songs found in Metropolis, St. Elmo's Fire, Scream for Help, Legend, Biggles: Adventures in Time and numerous solo albums. His music is inspirational, motivational and dynamic and his alto-tenor voice combined with his native Lancastrian accent make him perhaps the most unique and recognizable vocalist of modern music. Audioholics had the great privilege of interviewing Mr. Anderson to discuss more than just his music, but also his artwork, equipment of choice and musical influences. Also get a glimpse of Anderson's future works including a Yes reunion and new album with Tevor Rabin?

Thanks for the interview. I've followed Jon Anderson for a long time, but have not gotten any of his music in years. The first concert I ever saw was when Yes was touring for "Relayer." That concert remains one of the best concerts I have ever seen; it is easily, I'd say, in my top five and not just because it was my first.

Its great to hear from him, and this interview is rekindling my interest in him and his music. IMHO, Jon is refreshingly progressive in ways that go far beyond his music.

IMHO, Yes is one of the few supergroups that successfully express the deepest ideas in their words and music.

I wonder if Mr. Anderson has heard of "The Meaning of Life" by Reuben Halsey with Miranda Dickinson; it very much reminds me of the wisdom that Jon has expressed throughout the years.

Thanks for the kind response to my interview. It was a real treat getting to speak with him. As with all my interviews, I try to ask questions that are outside the norm and likely never asked. I think it's important for people to get to know the musician on different levels than what they are familiar with.

I'm also completing a spectacular interview with Greg Lake. Just finished transcribing our 1-hour discussion. Based on the line of questions, and his amazing answers, this article will be very appealing to ELP and Progressive Music fans.

Stay tuned as I work with other musicians pending, including Sun Domingo, Steve Morse, Nektar.......To name just a few that I've already lined up.

This was a great read and I forwarded it to several non AH friends who are Yes fans.
Also good to know that I am not the only old fart that thinks Katie Perry is a phenomenal vocal talent. 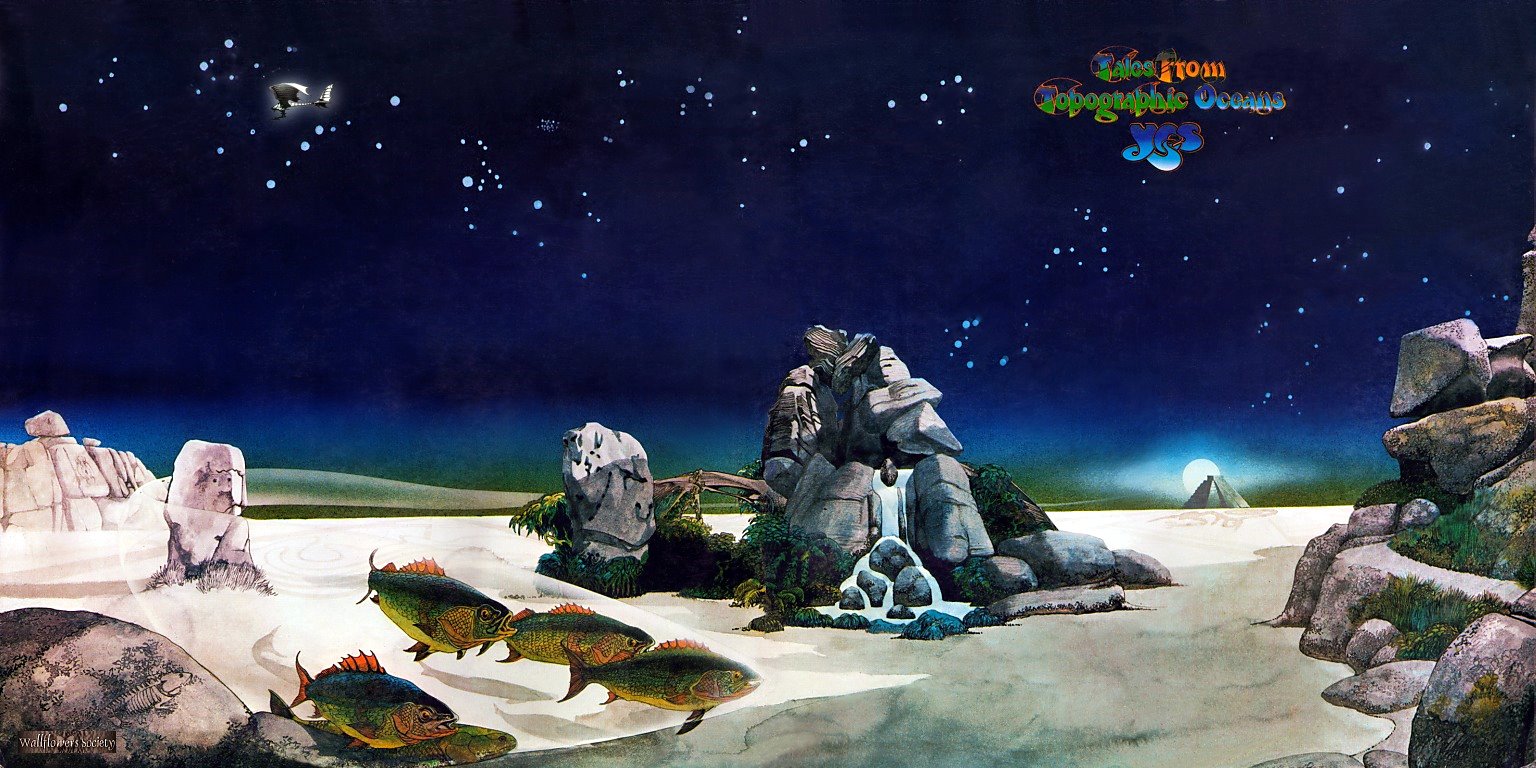 Nice interview....I have the Tolteccd and it is a nice treat to put on from time to time. Can't wait for the Nektar interview...do you know when that will be done? Thanks for the wallpaper too!
You must log in or register to reply here.
Share:
Facebook Twitter Reddit Pinterest Tumblr WhatsApp Email Link