A pharmacist returns to his shop from lunch to find a man leaning against the wall.

“What’s wrong with him?” He asks his assistant.

“He came in for some cough syrup,” explains the assistant. “But I couldn’t find any, so I sold him a bottle of laxatives instead.”

“What!” The pharmacist says, horrified. “You can’t treat a cough with laxatives!”

“Of course you can,” the assistant declares. “Look at him – he’s far too scared to cough.” 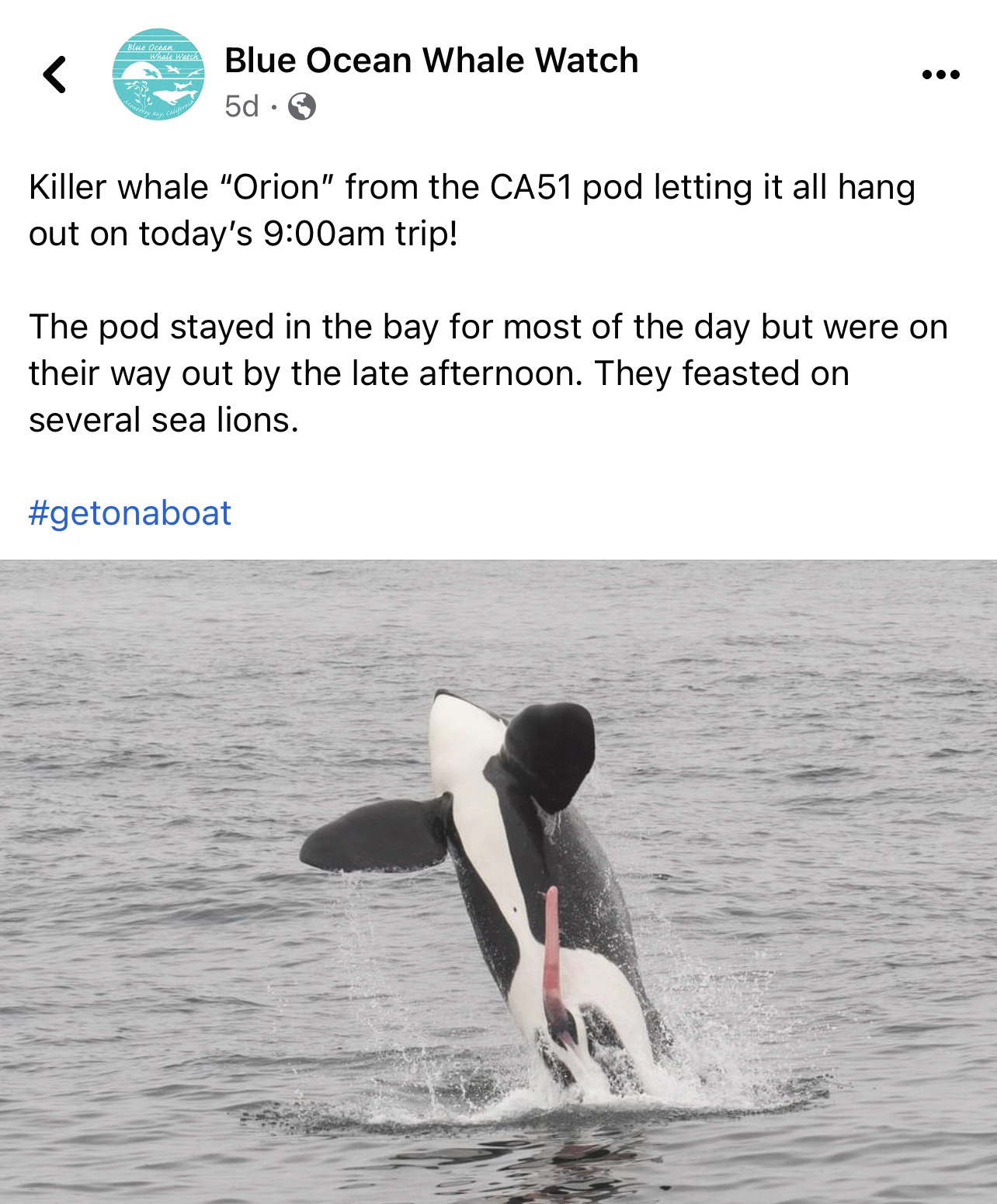 The officer backed up very slowly into his car watching the woman, then called for backup. Moments later other police cars circle the old woman's car and a policeman with a gun slowly approaches her and says: - Ma'am, please get out of your vehicle slowly, with your hands in the air! The old lady is running herself She addresses the officer who holds her respect: - Is there a problem, officer? - My colleague told me that you stole this car and murdered its owner. - Murdered the owner? Are You Serious ? - Yes, could you please open the suitcase in the trunk of your car? The lady runs and opens the suitcase, but there is nothing inside.

The officer is on: - Is this your car, ma'am? - Yes, I have the registration and insurance in my name. The officer who stopped her is quite surprised. The officer looks at him bewildered, then turns to the old lady again: - My colleague also told me that you don't have a driver's license. The old lady opens her bag, takes out her license, and shows it to the cop. This one looks at the license and says: - Thank you, madam. I am really confused . My coworker told me you don’t have a license you stole this car and you murdered the owner! - I bet that liar told you I was going too fast too... 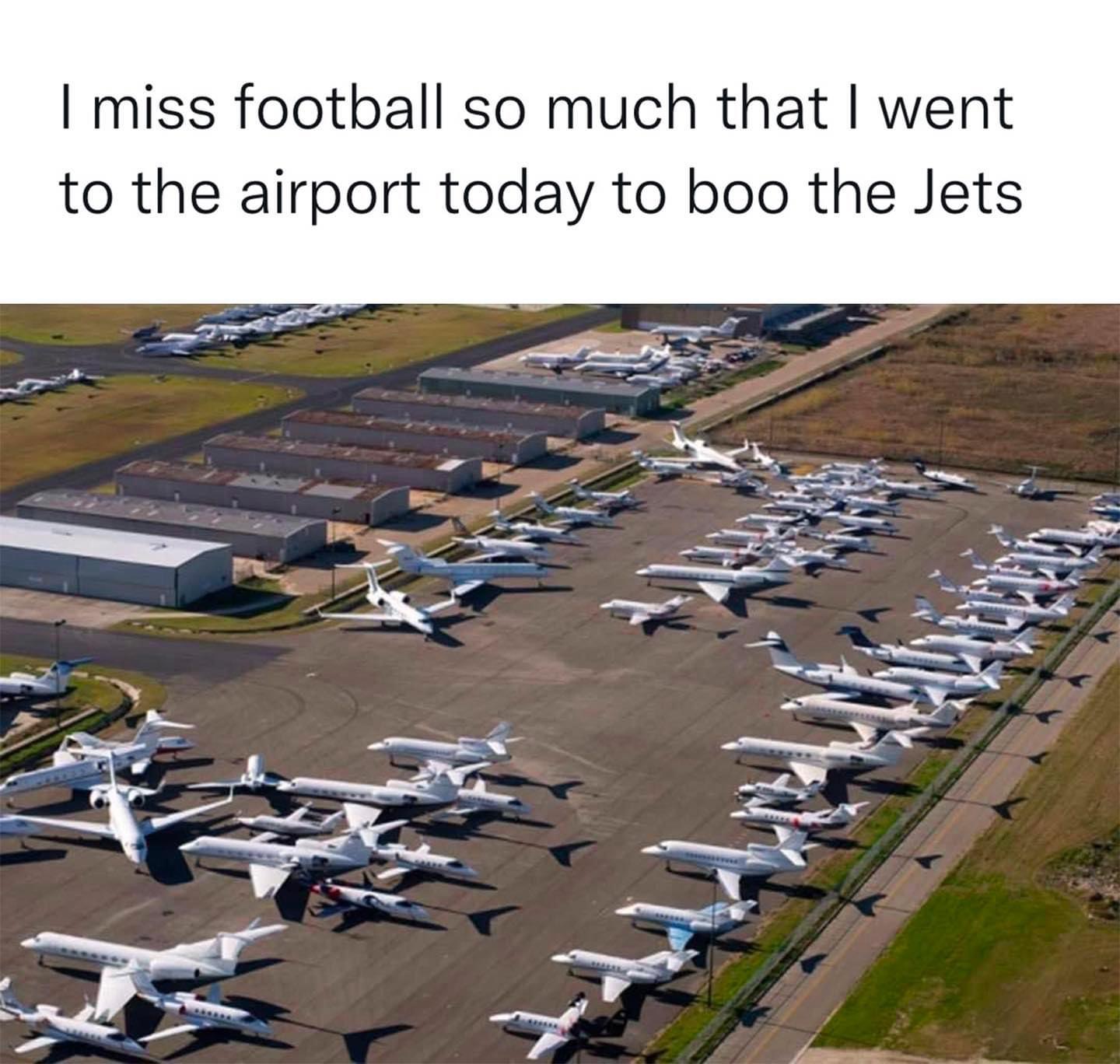 A man went to a lawyer and asked what his fee was. “$100 for three questions,” answered the lawyer.
“Isn’t that a little steep?” said the man. “Yes,” said the lawyer.
“Now, what’s your third question?”
M

A man and his wife are having some drinks on their deck.

The woman says "I love you!"

Her husband says "Is that the wine talking?"

The woman says "No, I was talking. To the wine."

An out-of-work pianist with Tourette's Syndrome was strolling around the streets and bars of London. Walking down Dean Street, he sees a lounge bar with a sign in the window: 'Pianist wanted for evening performances. "Ducking get in there, you sushi!" he says to himself and goes to the bar.

"Get the fucking manager of this pigshit middle-class wank pit, please, you meat sucking sushi. Wanker duck", he says to a somewhat startled barman. The barman, however, obliges, and his manager comes upstairs.

"Can I help you sir?' he says. "Yes, you can, you ducking fat arsed piece of poop, I saw your shitty advert in the cunting window and I'm here to ducking audition. Wanker!"

The manager is naturally a little put off by the man's abrasive manner but his dire need for a top-class pianist forces him to agree to an audition. The first tune the pianist plays is an uplifting jazzy number, not too involving yet utterly melodic.

In the end, the thrilled barman cries, "Wonderful! Wonderful! What was that called?"

"That song, you big-nosed ducking twat, was called 'Excuse Me Prime Minister But I Just Spunked In Your Ducking Daughter's Eye, And Now The sushi's Blind.'"

"Oh," says the manager, somewhat taken aback, "err, can you play me another? Something a little less lively, maybe?"

"Ducking wanker..." interjects the pianist before launching into a powerful ballad of such beauty that it leaves the manager in tears. The manager, through his teardrops asks him the title.

"That little number was called 'Sometimes When You Duck A Bird Up The poop Box You Get Crap On Your Bell End.' " "I see" says the manager. "Have you got any songs with less offensive titles?"

"Well there's my jazz number 'Do You Want Me To Spit In Your Ringpiece', or there's the epic 'I Don't Give A Duck If You're Older My Dear, You've Still Got A Ducking Cracking Arsehole' ".

"Look," says the manager, "I think you're a superb pianist but the title of your songs are a little dodgy, to say the least. I will hire you on the condition that you do not introduce your songs or speak to the audience."

On his first night everything is going superbly and the crowd are lapping up his repertoire and his silence is simply being received as modesty. The only thing putting off the pianist is that in the front row there is a gorgeous blonde in a black evening dress with a split up the side revealing the tops of her stockings, and a plunging neckline which boasts a proud and inviting cleavage.

During the interval the pianist has got such a stonking hard-on that he decides to go to the bog and knock one out. Just as he has shot his load he hears himself being re-introduced over the sound system, so he rushes back to the stage to finish his act.

After the show he is at the bar relaxing when the same blonde approaches him. "Hi" she says. "Oh, hello" he winces, struggling to hold in the expletives. She leans over and whispers in his ear, "Do you know your meat is bulging out of your trousers and sperm is dribbling onto your shoes?" Placing his beer confidently on the bar, the pianist grins, looks her square in the eye and says, "Know it? I ducking wrote it!”
T

“Charles in charge … of our dames… and our knights…” Too soon?

Trebdp83 said:
“Charles in charge … of our dames… and our knights…” Too soon?
Click to expand...

Anyways, he doesn't have any power. That monarchy is a just a very old tradition. It's the United Kingdom government that has all power.

Queen Elizabeth II was very ill. My feeling is that she wished that Boris Johnson be replaced, so that she could die in peace. That is what happened.
Last edited: Sep 8, 2022
T

Sorry, did I miss the joke in that response? Am I the only one around here who remembers the “Charlies in Charge” theme? Soon enough the real jokers will come around and feign heartbreak over the death of a woman they never met and who would never have given them the time of day anyway. She was a relic. To be fair, nobody handled their own antiquity with such poise and dignity. So, good on Lizzy for that one. Her kids, not so much. 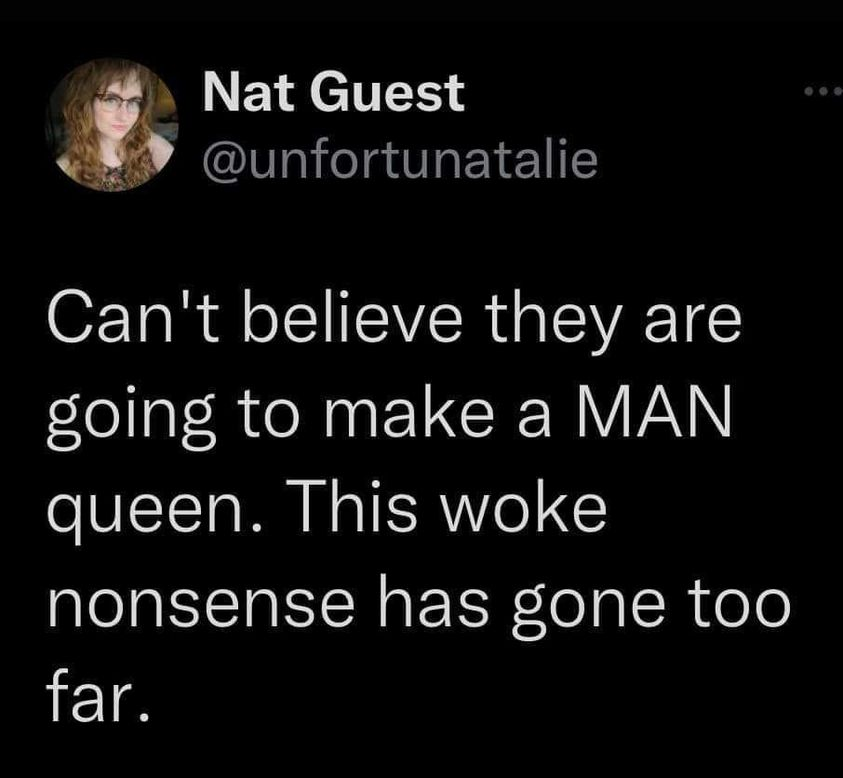 Before Coronavirus I used to cough to cover a fart, now I fart to cover a cough.

Doctor: "How can I help you today?"

Blonde: "It hurts right here, OUCH" she says as she points to her shoulder

Doctor: "Ok, Does it hurt elsewhere on you?"

Blonde: "It sure does, on my leg here, OUCH" she says as she points to her leg.

Doctor: "I see, does it hurt in any other places?"

Blonde: "Sure does. On my back right here, OUCH." she cries as she points to her back.

Doctor: "Are you actually a blonde that dyed her her brown?"

Blonde: "Yes! How on earth did you know?"

Doctor: "Well, you have actually got a broken finger."

When my Uncle Frank died, he wanted his cremations to be buried in his favorite beer mug.
His last wish was to be Frank in Stein.

"Follow me son" the father shark said to the son shark and they swam to the mass of people.

"First we swim around them a few times with just the tip of our fins showing."

"Well done, son! Now we swim around them a few times with all of our fins showing."

"Now we eat everybody." And they did.

When they were both gorged, the son asked, "Dad, why didn't we just eat them all at first?

Why did we swim around and around them?"

His wise father replied, "Because they taste better without the sh#t inside!" 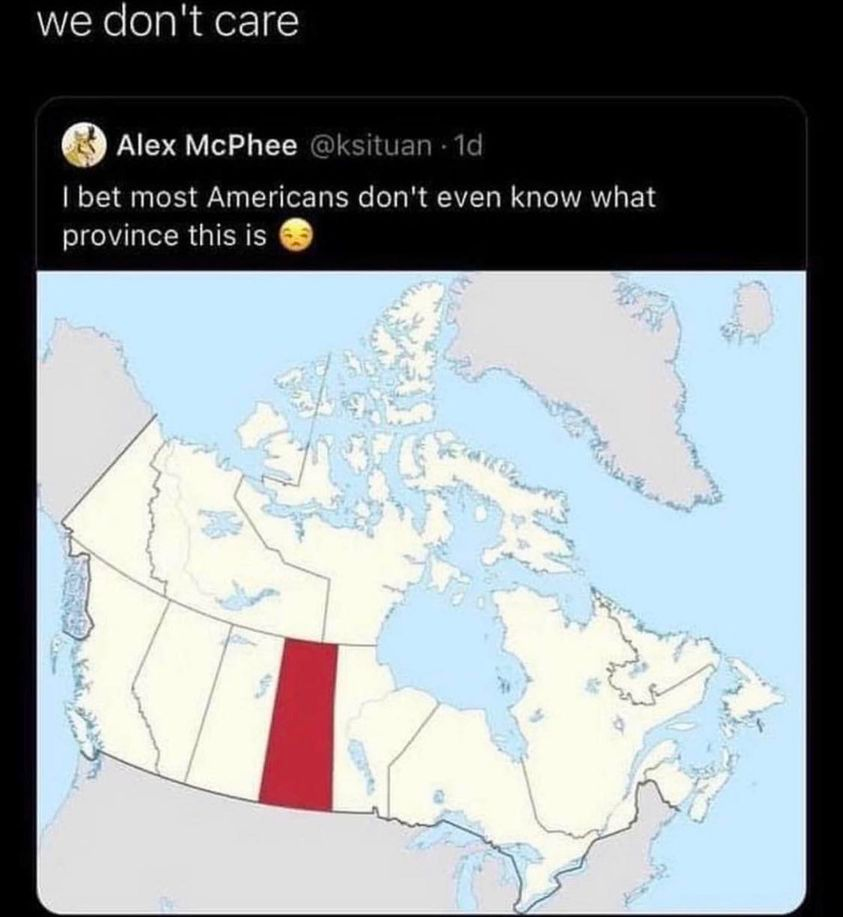 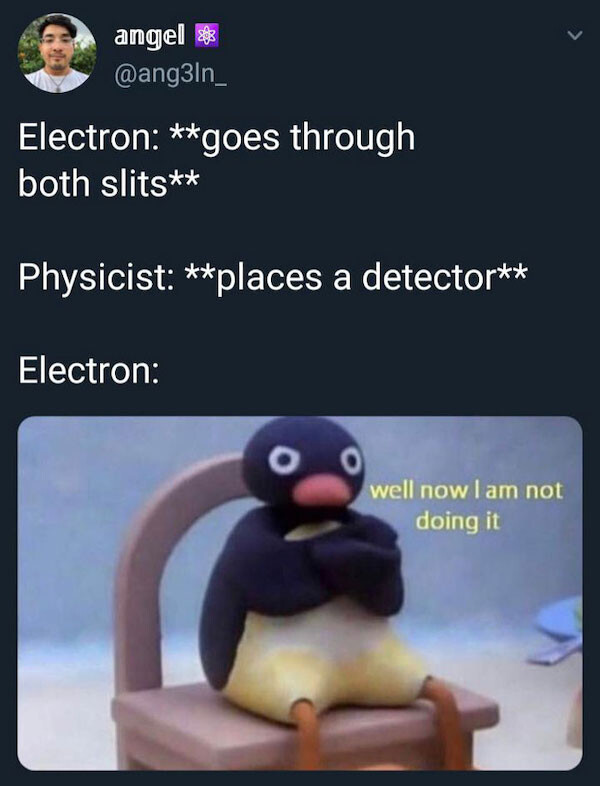 I tried to organize a professional Hide-and-Seek tournament, but it was a complete failure.
Good players are hard to find.