Administrator
Logitech's announcement that it had discontinued production of Harmony may have come as a surprise, despite evidence that the universal remote has been declining in relevance. How could a company abandon one of the most successful and widely loved products in its category? The universal remote control has been the often overlooked companion to our more valued A/V equipment. It's simultaneously been an afterthought for manufacturers, while indispensable to users. But few have endeavored to perfect its form the way Logitech did Harmony. Like so many categories in consumer electronics the universal remote control is a story of a rise and decline. This is one user's story of how the ubiquitous handset became the indispensable afterthought that so many of us grew to love. 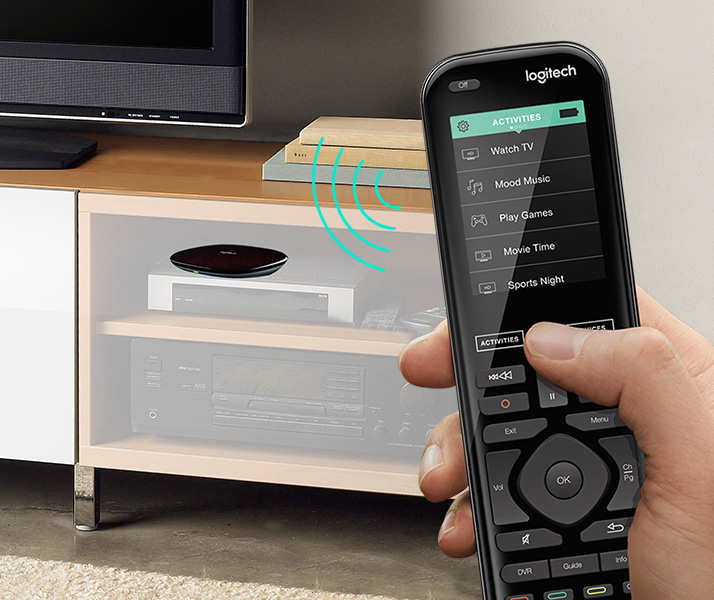 If you want to know the real story, you could call and ask someone at Logitech, but the person who was in charge of the Digital Products Group was moved to another area because, as he told me, they were selling so much more conferencing equipment that it really didn't make sense to continue when they needed all of their resources for the products that were selling. Also, the amount of time and personnel needed to support remote control systems is huge, compared to conferencing devices like cameras/mics, keyboards, mice, etc. He wasn't happy about them pulling the plug- he had devoted close to 13 years to bringing Harmony back from the dead and trust me- they were on life support WRT the problems surrounding the H1000 and a few other models. He said it was like losing a child.

COVID is the reason they're selling the conferencing equipment- people couldn't travel to be with friends/family/work, so they telecommute.

I got the call months before they announced it publicly because I was one of the Beta testers for the Elite/Pro/2400 and I raised my concerns about them killing the database and support for it- he assured me that it would be supported for a long time and used their SlingBox as an example- they still support it, even though it was discontinued more than ten years ago and Harmony remotes were far more popular.
C

I've had a few Harmony remotes over the years, and somewhere in my closed is a Harmony Hub. Worked pretty well, especially if you have some wifi troubleshooting background, and it was great to get all those other remotes off my coffee table. I stopped using mine when I cut the cord in 2019. I replaced my cable TV box/dvr with a Tablo OTA recorder and a Roku. I found that the Roku remote was pretty much all I needed, other than to watch a movie on my Blu-ray player.

Cell phone apps are handy but it makes the assumption that everyone using the system has a cell phone and also has the proper app installed and configured. Remotes are still needed when that option is not available and they're always kept close to the equipment. I like apps as a supplement but not as a replacement. The one exception might by the SVS app to tune my sub, but once set I rarely mess with the levels any way.

Obselete or just sliding over to cell phones and tablets?
S

Prefer a remote. I’m somewhat able to deal with Alexa and Siri but end up shouting at them. LOL

Definitely Remotes by WiFi app or Web-based interface is the way for me.

Also WiFi keyboard/touchpad for the HTPC.

While I'm not going to talk to my remote/gear (likely ever), I might get out the Harmony Hub I have and try again with that and a tablet. I also have a Sofabaton I put aside after getting a little lost on macro setup.

highfigh said:
If you want to know the real story, you could call and ask someone at Logitech, but the person who was in charge of the Digital Products Group was moved to another area because, as he told me, they were selling so much more conferencing equipment that it really didn't make sense to continue when they needed all of their resources for the products that were selling.
Click to expand...

Interesting. The revenue breakdown of Logitech's business groups really makes it clear that universal remotes was a kind-of charity case for Logitech. In researching this and an article I'm working on now about the chip crisis, it's pretty clear that as soon as lockdowns became widespread, demand for conferencing equipment and anything home-computing related skyrocketed in a big way. It seems even the auto-industry rebounded much faster than expected.
S

My fave and still daily driven is the harmony 900! Also have harmony one. Was something about the design of these two remotes that in my humble opinion was the best designed remotes ever made. I admit the upstairs setup with just streaming and a sound bar only need a TV remote to run. Cec HDMI control is flawed so it gets turned off. I’ve got devices that auto power on no matter what as soon as the TV turns on. As great as a PlayStation is I’m not ALWAYS gaming when powering on my TV! So for my downstairs system with a bunch of components attached…yeah I hope that database stays active for a LONG time to come!

If Logitech would’ve released a hub remote that had the same design as the One and the 900 I would’ve bought at least 2!

I absolutely love the LG Magic Remote that comes with most of their OLED sets! THIS is the evolution of the remote. It basically works like a Wiimote, point and click style.

I love it so much that I have my sources running to the TV, use it as the source selector, and eARC and CEC (HDMI protocol control/communication) back to the AVR, and I had never considered that configuration before this remote.

It makes operation dead simple, easy to show the wife and visitors how to use it. At this point, it would be tough for me to go back to a classic remote control.

Phone apps are great as a supplemental device, but are you gonna make any visitor download the app and get on your wifi network to be able to watch TV?
K

I love the harmony hubs with a the simple remote that goes with it. I have one in each of the 3 setups in our house. And I don't like the idea of not having it. It works great.

If those die then I'll have to adapt. But having a receiver, streaming device, direct TV, DVD it's really helpful for switching and turning everything on and off

Wayde Robson said:
Interesting. The revenue breakdown of Logitech's business groups really makes it clear that universal remotes was a kind-of charity case for Logitech. In researching this and an article I'm working on now about the chip crisis, it's pretty clear that as soon as lockdowns became widespread, demand for conferencing equipment and anything home-computing related skyrocketed in a big way. It seems even the auto-industry rebounded much faster than expected.
Click to expand...

I did not feel like a charity when I bought the remotes from Logitech.

I was considering getting into the Harmony scene... started looking maybe a month before they 86d it. *shrugs

Fully support GUI applications in place of that. It should be a no-brainer for these companies to set up and design working apps for phone, tablet or whatever.
I frankly don't care if I need a Marantz App, Sony App, even a third. Everything in my setup is wired to the household network and it's quite painless to switch Hue lighting, flip to Marantz to make certain the settings are correct, whatever.
For all the whining I've seen over at the Monolith HTP-1 owners thread about the GUI for that device, and no OSD, most have adopted quite adeptly to using their phone or a tablet to manage everything.

Typically the satellite and cable box remotes have been a big part of the problem (at least in my experience). If you have a streamer like Fire Cube or similiar and a TV service on an App then the Amazon remote can control AVR volume and turn everything on and off. The only thing not controlled is the Blu-ray player. On the AVR I just leave DSU upmixer on. I would have to grab a 2nd remote to play discs anyhow but my Yamaha remote control at least also can control my Sony player. The problem is I added an AppleTV 4K streamer for Apple Music lossless and I really enjoy that so now there’s 3 remotes floating around. LOL (Yes all 3 (Firecube,Yamaha AVR, AppleTV) can also be controlled on Apps on my iPhone or iPad but I still like using remotes.)

IMO, this is truly tragic! They finally had these down and were easy to use via a computer interface. It was easy to find your equipment without needing a list of numbers and hoping. Creating routines were easy to. I even programmed some of the buttons to do things like be able to change music/video settings on the fly.

I really hope someone picks up the niche and brings their products up to the Harmon level. Makes me think I should buy a backup now while they're still available.

I tried the smart phone thing and truth is it's more cumbersome than just having a handful of remotes in front of you. Sorry millennials, a smart phone isn't the answer to everything. I can go on a rant about this, but I'll save it for another discussion....
T

I have a harmony and never use it because it’s laggy. Phones too are laggy and require way too much effort to use IMO when the IR remotes that come with products are instant.

Sure, like most of this forum for that matter where just getting clean water is a real problem.

Tenno6 said:
I have a harmony and never use it because it’s laggy. Phones too are laggy and require way too much effort to use IMO when the IR remotes that come with products are instant.
Click to expand...