Germans are always breaking records it seems. This time then went for the big time and took on the speed of light... and apparently won. A pair of German physicists claim to have broken the speed of light - an achievement that would undermine our entire understanding of space and time and possibly change the way we commute to work each day. 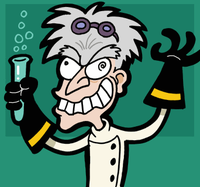 Crap, that means that Spock, Kirk and McCoy will be speaking German.

Science H. Logic, don't let the otters hear about this.

Administrator
I love it anytime we make a mistake, we can simply hit rewind. My only problem is if I had access to this kind of power, time would literally stand still.

The real challenge is to transmit real mass at greater than light speeds but I don't see this happening in our life time.

Just how we used to think that the speed of sound could not be broken! We have so much to learn about the Universe. How exciting though!
N

remember years ago when someone claimed to have mastered cold fusion and it was actually flawed science and bad math? The results were never repeated and the person was discreditted rather quickly. Or when another team of researchers (I think 2-3 years ago) thought they'd moved an object faster than light, but it was just "very fast"? Until this newest claim can be substantiated, repeated, and vetted by the scientific community, its just that, a claim.

remember years ago when someone claimed to have mastered cold fusion and it was actually flawed science and bad math?
Click to expand...

Potentially in the next 30-50 years we could be doing Fusion with Helium 3 from the moon! Better buy some land on the moon as it will soon be invaluable

Funny you should you mention it, as there are already quite a few companies "selling" land on the moon, such as Lunar Land. Come to think of it, I bet the propety tax burden is pretty low there, just like the gravity!

I've already claimed the moon. It's mine.

If they can find a way to mine it and bring it back to Earth.
D 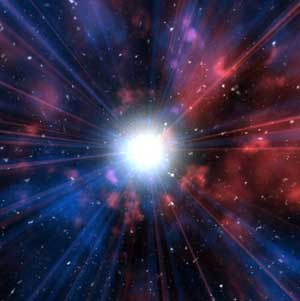 “Well, space is there, and we're going to climb it, and the moon and the planets are there, and new hopes for knowledge and peace are there. And, therefore, as we set sail we ask God's blessing on the most hazardous and dangerous and greatest adventure on which man has ever embarked.”

norm962 said:
remember years ago when someone claimed to have mastered cold fusion and it was actually flawed science and bad math? The results were never repeated and the person was discreditted rather quickly.
Click to expand...

Yes, they went public instead of peer review.

But, why is the government planning on taking another look at it?

I believe Einstein said time travel was possible.
He was working on it, right?
N

Remember when PAN-AM was selling "space tourist" cards? I think Reagan even bought one (before he was president) and we all thought we'd be vacationing on the moon by the year 1985---that worked out ok, huh?

Flip back through "popular science/mechanics" and look at the "World of the future" and just marvel at how wrong they were.

I'm not anti-science or progress, but some of these ideas and claims are simply ludicris and based on nothing.

Besides, I've already claimed the moon with help from the Russian government who can apparently claim anything they send a robot to.

"According to Einstein's special theory of relativity, E=mc^2 (though Einstein was reported by some to have simply been trying to figure out a way to make carbonated beverages). Given this equation, it would require an infinite amount of energy to propel an object at a speed greater than that of light in a vacuum (approximately 186,000 miles per second)."

This doesn't make any sense.. and it's quite wrong.

E = mc^2 means that the energy and mass are essentially equivalent, and the speed of light is the conversion factor. It says nothing whatsoever about velocity or the energy required to move at a particular velocity. It assumes that the mass in question is at rest.

The equation we use as evidence that it would take an infinite amount of energy to accelerate a mass to the speed of light is:

This equation tells us that the energy of a mass with v=c is inifinite. It is actually undefined, as it gives a divide by zero situation, but more accurately the limit of the equation for E as v -> c is infinite.

Quantum mechanics has already proved an event can cause another event very far away to happen simultaneously, but this type of event is worthless for sending information or communication.

The dudes shone a beam of photons into a pair of glass prisms sandwiched together. As expected, some photons were reflected back at the surface between the prisms and some went through to the other side.

They moved the prisms apart... and reflected photons hit the detector at the "launch" site at the precise moment that photons that went through the gap through the prism on the other side. This directly implies that the photons traveled through the gap instantaneously.

They then said that they couldn't observe the effect with the prisms more than 1 meter apart.

At first glance, to me, this doesn't violate special relativity because special relativity doesn't say anything about waves/photons never being allowed to travel faster than c. It *does* say that information and energy cannot, and I don't see how this would violate it. IANAP[hysicist] though.

Here's a quote from an article that satisfies me completely:


New Scientist said:
Aephraim Steinberg, a quantum optics expert at the University of Toronto, Canada, doesn't dispute Nimtz and Stahlhofen's results. However, Einstein can rest easy, he says. The photons don't violate relativity: it's just a question of interpretation.

Steinberg explains Nimtz and Stahlhofen's observations by way of analogy with a 20-car bullet train departing Chicago for New York. The stopwatch starts when the centre of the train leaves the station, but the train leaves cars behind at each stop. So when the train arrives in New York, now comprising only two cars, its centre has moved ahead, although the train itself hasn't exceeded its reported speed.

"If you're standing at the two stations, looking at your watch, it seems to you these people have broken the speed limit," Steinberg says. "They've got there faster than they should have, but it just happens that the only ones you see arrive are in the front car. So they had that head start, but they were never travelling especially fast."
Click to expand...

Here is an excellent analysis:
http://arstechnica.com/news.ars/post/20070816-faster-than-the-speed-of-light-no-i-dont-think-so.html

I got as far as "The paper in question has no data at all" before I rolled my eyes. Keep reading.
D

Yeah... quantum tunneling does not equal faster than light any more than quantum entanglement does. Sorry, german researcher guys.

I think they were going for the great-sounding PR stunt rather than solid, peer-reviewed publishing.

If ever there was a time for pure objectivists to take a chill pill, this is it.

This "immutable" law now brings into question many others that POs trot out to shoot down the other--shall we say, "perception-based" arguments--in any debate.

I think they were going for the great-sounding PR stunt rather than solid, peer-reviewed publishing.
Click to expand...