Staff member
"Help me Obi Wan Kenobi, you're my only hope!" Now, after 30 years of geek-longing for honest-to-goodness holograms, US researchers have unveiled holographic technology to send and receive actual full-motion 3D images. Scientists at the University of Arizona (it's always colleges that come up with this stuff) say their prototype â€œholographic three-dimensional telepresenceâ€ (stupid name) is "the world's first practical 3D transmission system that works without requiring viewers to wear special glasses or other devices." We think it should be built into TVs so that you can hologram your friends into your living room - I mean, come on, we've been waiting for over 30 years!

True 3-D can only be achieved holographically and not thru cheesy glasses/display screens that winks at us causing eye strain. I hope research keeps going in the holographic avenue.

While it may be holographic in playback, the issue is that the camera is still capturing a two dimensional image without depth, and the inclusion of multiple views would not accurately portray the depth of the original source as a hologram accurately does.

I spent a couple of years researching holography before photography when I was younger, and the switch now to A/V and understanding of how data is transferred and the excitement of holography as a storage medium is astounding.

But, the actual description of a three-dimensional subject is nearly impossible. The problem is that we don't just exist in the left/right world, but up/down as well. So, if you have 100 cameras over a 45 degree range left to right, you would still need another hundred cameras in the up/down range to capture the height of the images. Then that would be 10,000 images which would need to be recreated in the holographic domain at some level of real-time rendering.

What's amazing about hologrpahy, is that a true hologram captures millions of different viewpoints within a single image. Left, right, up, down, with proper and accurate depth. You recreate the original light interference pattern that the human eye would see naturally if it were looking at the object directly.

This? This is really cool, but I think they are being about as optimistic as those who have worked with OLED and have been promising us 'large' consumer displays for the past half dozen years.

We can't even figure out 2D displays in a dozen years - why in the world would anyone buy into the notion that holographic displays are less than a couple decades away in any sort of viable format? Ignoring the complete lack of content.

I am excited... or, I would be if I worked in some lab somewhere. As a consumer, I'm more than skeptical.
S

Remember there is nothing new under the sun, except us....they will find a way and some.

Sandra498 said:
Remember there is nothing new under the sun, except us....they will find a way and some.
Click to expand... 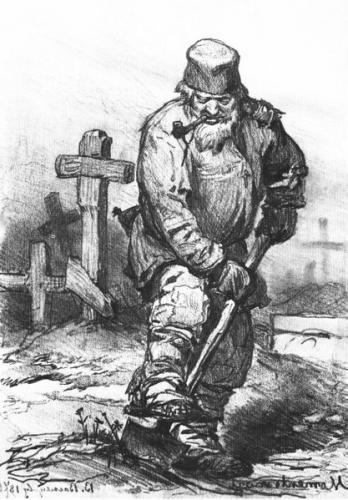 Cool. I was on hiatus when this article came out, so I didn't see it until this morning. Pretty neat. Instead of 7-10 years, now it's just 5-8 years...until George Lucas can remake Star Wars again. Giggity.

I'm actually surprised that it's taken so long. It was back in 1989 the first time I saw a room dedicated to holograms. It was set up so that two people could play handball without a court or ball. It may have been a far cry from a holodeck, but it was 23 years ago.
It's good to see that someone is moving forward with it.
You must log in or register to reply here.
Share:
Facebook Twitter Reddit Pinterest Tumblr WhatsApp Email Link